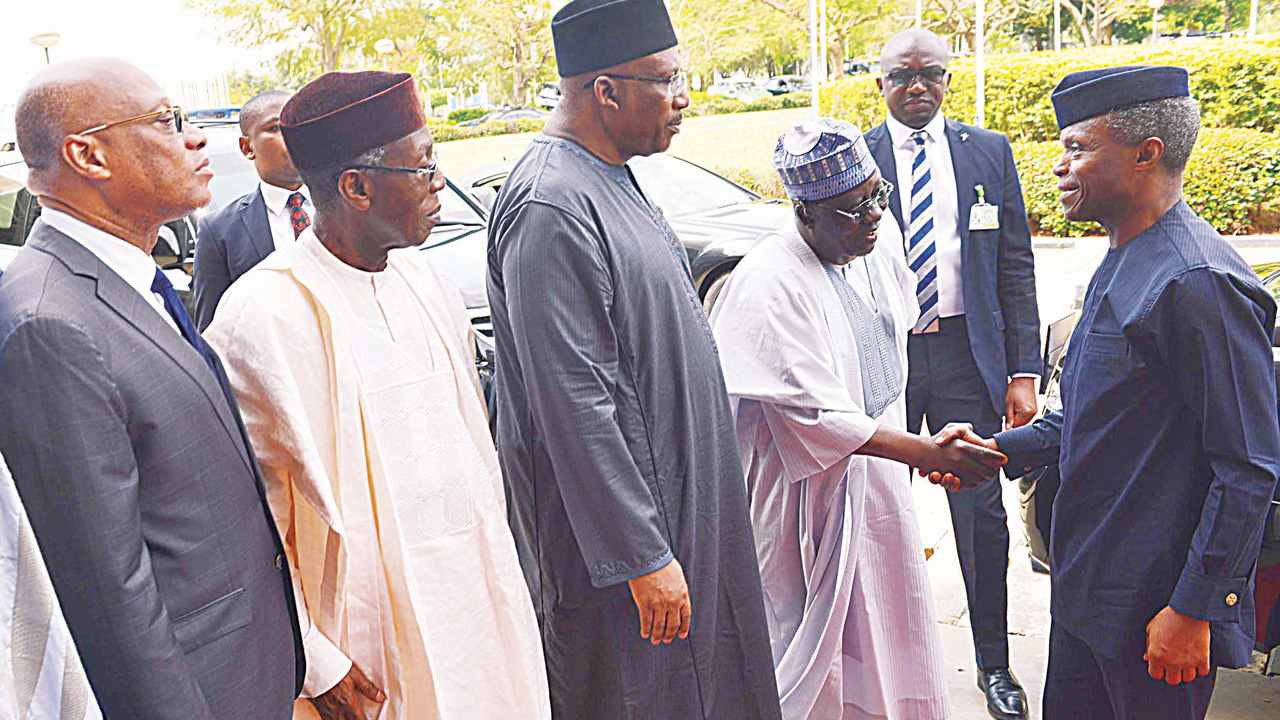 Tasks ECOWAS on movement of livestock, others
Criminal networks are taking advantage of the proliferation of illegal weapons and porous borders to escalate the tension between farmers and herders, according to Vice President Yemi Osinbajo.

The Vice President spoke yesterday in Abuja at a Joint High-Level Meeting of Ministers of Security and Agriculture/Animal Resources on Pastoralism and Cross-Border Transhumance organised in collaboration with the Economic Community of West African States (ECOWAS) Commission.

Osinbajo said in tackling the security threat posed by the escalating violence between farmers and herders, the Federal Government intends to follow the regional cooperation model as applied to the threat posed by Boko Haram insurgents.

A similar approach, he noted, was required this time across the entire West African region to tackle the menace of transhumance migration while bearing in mind the effects these conflicts as they relate to infiltration of bandits, terrorists, arms and drug traffickers as well as transnational crime networks.

Osinbajo admitted that tension between pastoralists and farmers was not new but he, however, noted that the animosity between farmers and pastoralists on the African continent was alarming.

He said though the tension had its origin in the competition for resources, but was quick to point out that it has been intertwined with ethnic, religious and partisan grievances.

The economic implications, according to the Vice President, are quite worrisome, considering that as much as 70 per cent of the population of the sub-region make a living from agriculture.

Osinbajo said: “The immediate driver of the rising violence is of course the increasing competition for land and water, which are themselves negatively impacted by the effects of climate change and related environmental factors.

“Many countries already struggling with food security. The violence threatens to tip us over the edge into the realm of catastrophe.”

He noted that the Federal Government just concluded work on a plan jointly put together with the states for the sustainable resolution of the herder-farmer conflicts.

Two ECOWAS protocols are critical to the farmer – herder conversation. They include the 1979 protocol on free movement of persons, goods, capital and services as well as the one relating to transhumance in 1998.

“Regrettably, what we have been confronted with over the years is the failure to fully follow and enforce the terms of the protocols,” Osinbajo added.

The President of ECOWAS Commission, Jean Claude Kassi Brou, lamented the state of pastoralism and transhumance in the region.

He regretted that deaths, displacement of persons and needless conflicts had been recorded in recent years, resulting in stigmatimation of ethno-linguistic and cultural groups.