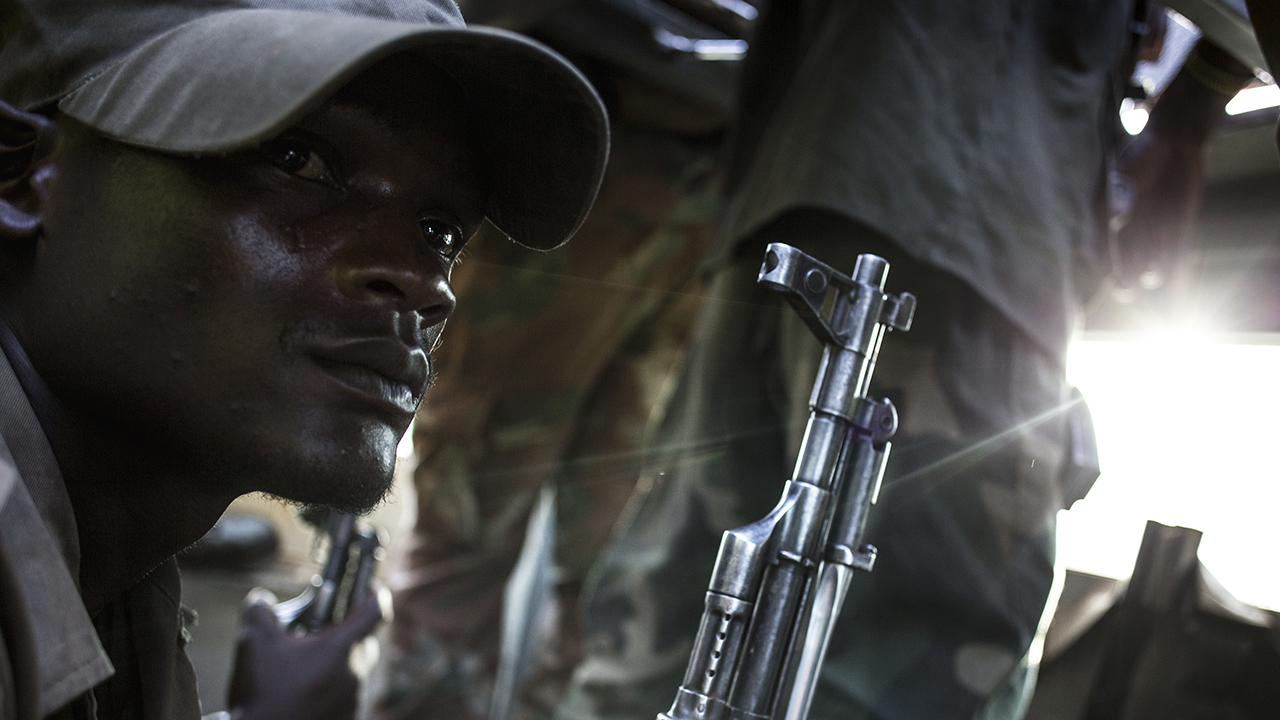 A soldier from the Armed Forces of the Democratic republic of the Congo (FARDC) is seen on patrol to hold off attacks from the Allied Democratic Forces (ADF) rebels on October 06, 2018 outside Oicha. – Attacks on FARDC bases by the ADF has become more common. The ADF usually attack at night over the weekends, in search of arms, ammunition and medical supplies. (Photo by JOHN WESSELS / AFP)

Crowds protested in the streets in Beni, eastern DR Congo, after rebels killed at least 11 people and abducted 15 others, including children, in an overnight raid, local officials said.

The attack, thought to have been carried out by members of the Ugandan Allied Democratic Forces (ADF), targeted Beni, the regional army spokesman Captain Mak Hazukay told AFP.

Local people, carrying the bodies of three of the civilians killed in the attack, took to the streets following the attack, said Aloys Bwarara, the mayor of the district of Ruwezori.

Other people, furious at the attack had set fire to the post office and a town hall, he added, “…which I deplore because we are doing everything to keep the population safe”.

“We went down with three bodies as far as the town hall,” said one local man, motorbike-taxi driver Paluku Thaiswika.

“The police came to break it up because another group of young people had burnt down the post office and two annexes of the town hall,” he added.

Law student Guillaume Saliboko said some local people had set up road blocks in the town’s main street to make their anger known.

“We can’t understand how the ADF rebels can kill us in the middle of the town every time,” he added.

Police recovered the bodies of 11 civilians killed in the town of Matete north of Beni, Beni police chief Colonel Safari Kazingufu told AFP. The missing children were from five to 10 years old, he added.

Army spokesman Hazukay said: “We repulsed the attack but unfortunately, there were deaths among the civilians and soldiers.”

He did not say how many soldiers had been killed, but one local resident told AFP he had seen the bodies of two uniformed men at the site of the fighting.

Earlier, a spokeswoman for the UN peacekeeping mission MONUSCO told AFP they had been involved in an exchange of fire lasting several hours with suspected rebels near Beni.

The ADF, which US authorities designated a terror group in 2001, is a militia created by Muslim rebels to oppose Ugandan President Yoweri Museveni but which also operates in the DRC.

Kizito Din-Hangi, the chairman of a local community association, said residents had taken to the streets in a spontaneous expression of anger at the repeated bloodshed in their region.

“Nobody called for a rally — (this is) a protest against repeated killings in Beni,” Din-Hangi said.

The Lucha (Struggle For Change) protest group tweeted that the protest was “not particularly the solution — but understandable for a population so shattered and scorned” by the authorities.

On Tuesday, MONUSCO head Leila Zerrougui told reporters that eventual “negotiations” were envisaged with the ADF without giving details of what they might entail.