The Federal Operations Unit, zone “A” of the Nigeria Customs Service, NCS, said it intercepted contraband goods worth N1 billion in February. 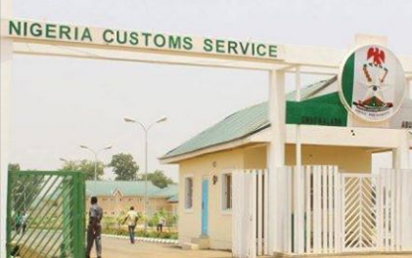 According to the Customs boss, the 18 vehicles that were intercepted along Ijebu Ode expressway and a car mart in Lekki, include  one Rolls Royce, one Chrysler, one Audi Q7, one Land Rover HSE, one Toyota Venza, one Ford Taurus, one Honda Crosstour, four Mercedes Benz, three Kia Rio and one Escalade.

The FOU boss also said 55 sack of Pangolin Shells weighing 200 kilogrammes and valued at N408 million as well as 218 pieces of Elephant tusks weighing 343 kilogrammes, valued at N85 million were   intercepted at an apartment in Ikeja, Lagos by a team from the Unit.

He also pointed out that “a 1/20 footer container with No.CAIU0961053 was   seized for false declaration, adding that   17 suspects have been arrested in connection with these 90 seizures including Mr. Kio Sin Ying, a Chinese national.

“Within the period under review, we have also recovered N68 million from demand notices raised on goods intercepted while attempting to beat the system through transfer of value and under declaration.”