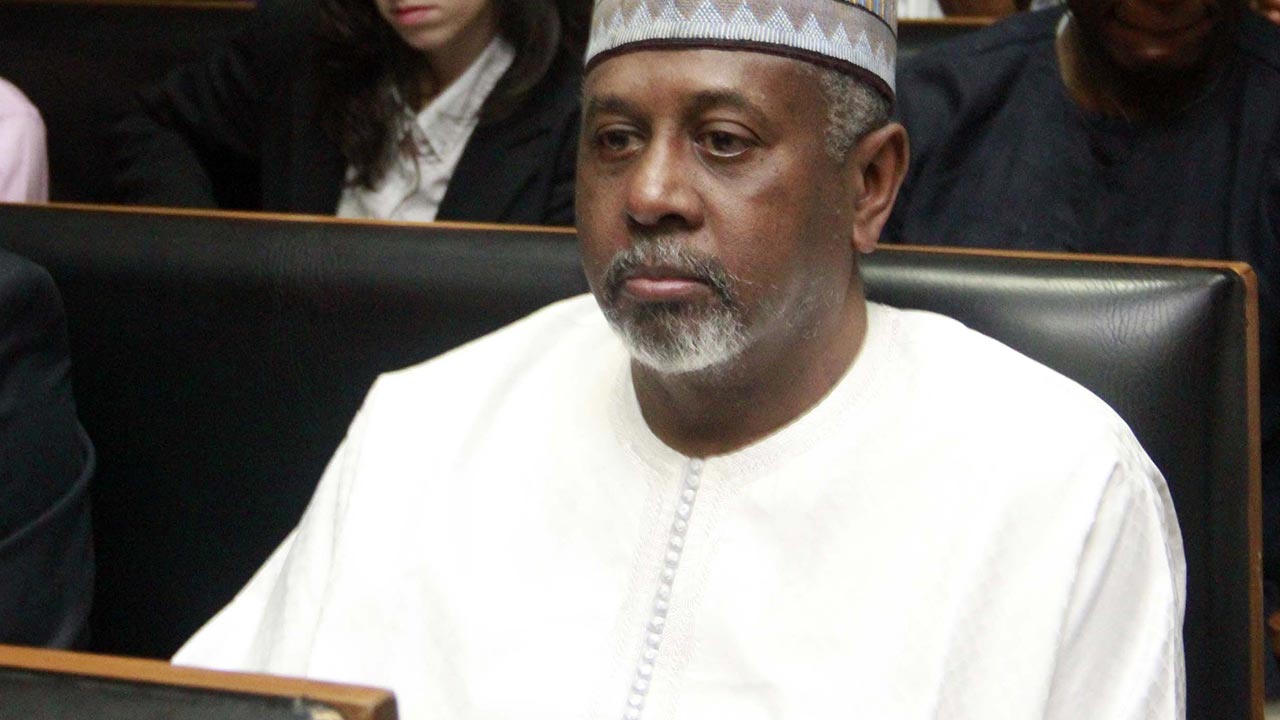 Worried over the continuous detention of the former National Security Adviser, Col. Sambo Dasuki (rtd), despite being granted bail by the court, some Nigerian lawyers have decried the situation, saying it is flagrant assault on rule of law. Justice Ijeoma Ojukwu of the Federal High Court, Abuja, had on July 2, 2018, granted bail to the former National Security Adviser but the Nigerian government is yet to obey the court order.

Instead, the Attorney General and minister of justice, Abubakar Malami SAN, reportedly said the Federal Government cannot release Dasuki because the allegation against him is a matter of public interest, which has cost loss of several lives.  “If the dispute is about an issue that affects an entire country, then you have to remember that government is about the people and not for only an individual.

“You have to look at it from this perspective. If the issue about an individual coincides with that, which affects the people of a country and you cannot say the government did not obey a court order that infringes on a single person’s rights,” Malami told Voice of America’s Hausa Service.Dasuki is standing trial for allegedly mismanaging US$2.1b meant for purchase of arms to fight the Boko Haram insurgents and for unlawful possession of firearms.

The latest bail is the sixth he has been granted since his detention in December 2015.  Justice Adeniyi Ademola and Justice Ahmed Ramat Mohammed of the Federal High Court, Abuja, including Justices Peter Affen and Baba Yusuf of the FCT High Court, had earlier granted Dasuki bail, but the government refused to release him, even after Dasuki had allegedly fulfilled the bail conditions. Frustrated, Dasuki had approached the sub-regional ECOWAS Court, which also ordered his release. The government also said no. Constitutional lawyer and Human Rights advocate, Chief Mike Ozekhome SAN expressed disappointment over the development.

He said: “We are having the dangerous situation where this government picks and chooses which orders to obey or disobey, an anarchical situation. The same government has so far refused to obey several orders for the release of the Shittes leader, El-Zakzaki.“This is clearly against constitutionalism and the Rule of Law. The Rule of law doctrine theorises, amongst others, that: all people and institutions are subject to and accountable to law, the principle of government of law. The rule of law means that no person or government is above the law; that there is restriction of arbitrary exercise of power by subordinating it to well-defined and established laws.

“It means that no person however highly placed, is above the law, whether lawmakers, law enforcement officials, judges or persons in government.”According to him, the Supreme Court of Nigeria and other courts of superior jurisdiction, have emphasized, again and again, that orders of courts, even if unpalatable to the recipient, or even, if patently illegal or wrong, must be obeyed, except upturned on appeal, by a higher court.

Ozekhome therefore appealed to the president to let Dasuki go home on bail. “Give him a breather. He has a family, friends and dependants to care for. He has not yet been convicted by any court of law. He is still presumed innocent under section 36 of the Nigerian Constitution,” he stressed.   Also speaking, another constitutional lawyer and author, Chief Sebastine Hon SAN said no society thrives on the rule of force or subterfuge. Once a court has made an order, he said, such order must be obeyed, except if there is an appeal and a stay of execution against it.

His words: “Government’s continued refusal to obey several court orders that Col. Dasuki be released from detention amounts to a murderous assault on the hallowed doctrine of the rule of law. “The law is no respecter of persons, neither does it tolerate this kind of conduct on the part of the Government. If the Federal Government itself is flagrantly breaching court orders, then there is no hope for the common man again.”

For Lagos based lawyer and activist, Toluwani Adebiyi, it is grossly unlawful and a “disrespect to our cherished rule of law, which readily typified a selective obedience by this erring government, which is now overdue for change.”According to him, it is very sad that this same government “we have put in so much to defend is now a great disappointment, I weep deep in my heart. I’m not APC, I’m not PDP, but as an activist, when we see truth and sincerity we embrace it.”

He recalled the days he was attacked on live radio programmes defending the “truth and sincerity” of the Federal Government, saying the conduct of the government today makes people like him look stupid.

“Court would give order/s and the government would select which one to obey or disobey. All these are unlawfulness that cannot be forgotten in a hurry,” he declared.Disagreeing with the Attorney General, Benin based lawyer, Solomon Ukhuegbe said there is no legal basis for continuing to detain Dasuki if his bail has been perfected.  “The duty of the Attorney General should be faithfully giving the government the best legal information,” he stated.   Member, Nigerian Bar Association (NBA) Criminal Justice Reform Committee (NBA-CJRC), Emeka Nwadioke said Malami’s contention is untenable.

He explained that Nigeria’s constitution is very clear on the issue. “Every person is innocent until proven guilty. The charges are mere allegations until proven. The State cannot be a judge in its own cause. The State must not persecute; it can only prosecute,” he stated, adding that the Attorney General has no power to pass judgment on any defendant as the role is reserved solely for the courts as the arbiter between parties.

His words: “Bail is meant to secure the defendant’s attendance to answer the charge. Dasuki has not been freed of the allegations by the court. Having met the terms of his bail, he must be allowed to go home. Even persons accused of direct murders have been granted bail by our courts.  “It seems the Attorney General has found himself in an unenviable position of fishing for a legal argument to justify a political decision. However, to assert that, “obeying the court is not the issue per se” is highly worrisome. Disobedience of court orders is an invitation to anarchy.”