You are here
Home > asia > Death toll from Indonesia floods, landslides climbs to 68 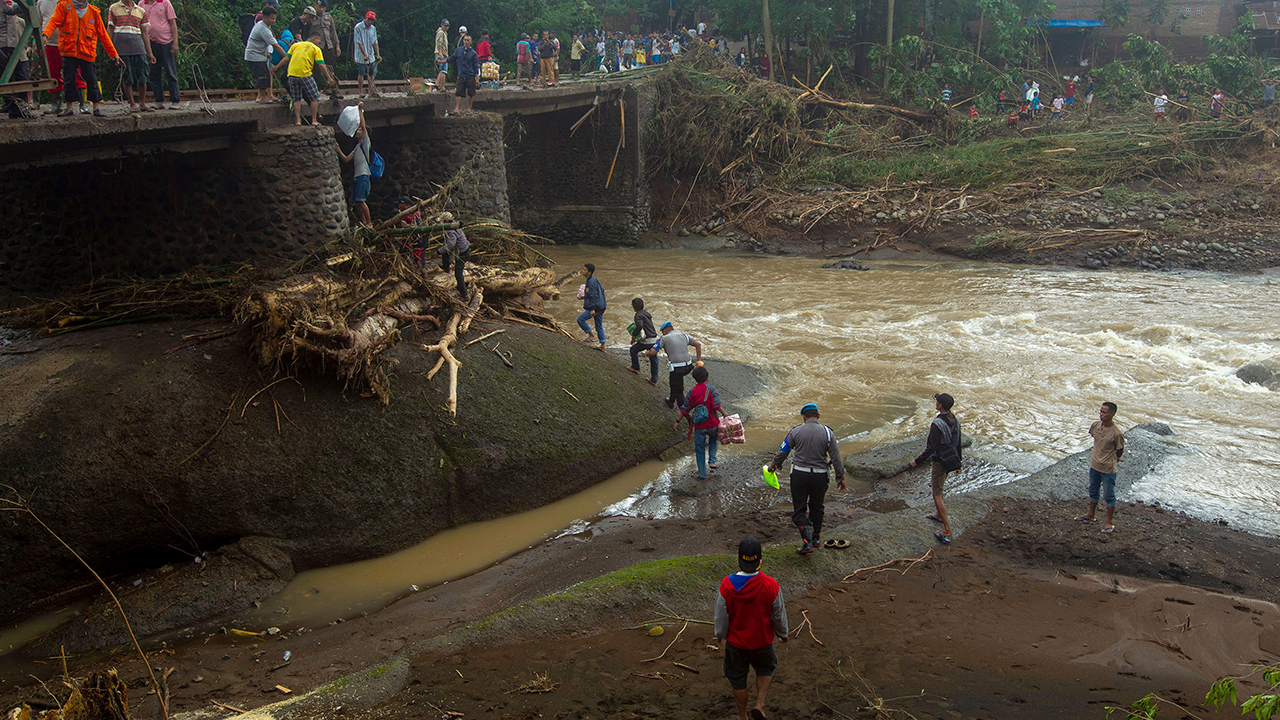 This picture taken on January 25, 2019 shows Indonesian rescuers repairing a bridge after a landslide in Gowa, after heavy rains and strong winds pounded the southern part of Sulawesi island. – Floods and landslides in Indonesia have killed at least 59 people, the government said on January 25, after heavy rain pounded Sulawesi island and forced thousands to flee their homes. (Photo by YUSUF WAHIL / AFP)

At least 68 people have been killed and thousands were forced to flee their homes after floods and landslides hit the island of Sulawesi, Indonesia, an official said Saturday.

Some 6,700 people in 14 districts have been evacuated and are now living in shelters, schools, tents or mosques.

The number of the evacuees has doubled from Friday after the disaster mitigation officials managed to get access to previously isolated districts and update the figures.

Six people are still declared missing after the disaster.

“Many evacuees have started to go home and clean up their house because the rain is no longer intense today,” head of local disaster mitigation agency Syamsibar, who like many Indonesians goes by one name, told AFP Saturday.

Gowa district was the worst hit with at least 45 people found dead.

Local government have set up public kitchens and emergency medical clinics for the displaced people and aid has started pouring into the affected districts, Syamsibar said.

Water has started to recede and access to transportation has slowly returned to normal.

Landslides and floods are common in Indonesia, especially during the monsoon season between October and April, when rains lash the vast Southeast Asian archipelago.

Last year, flash floods and landslides killed at least 22 people in several districts across Sumatra island, while a dozen died when an avalanche of mud and rock cascaded down a steep slope in central Java, Indonesia’s main island.

In 2016, also in Central Java, about 50 people died when heavy downpours sent torrents of water, mud and rock into villages.

Indonesia is one of the most disaster-prone nations on Earth, straddling the Pacific Ring of Fire, where tectonic plates collide. Volcanic eruptions and earthquakes are common.

In December, more than 400 were killed in a volcano-triggered tsunami in western Java, while thousands died in a quake-tsunami disaster around the city of Palu on Sulawesi island in September.

Lombok, an island next to Bali, was rocked by earthquakes in the summer that killed more than 500 and sparked a mass exodus of foreigners from the tropical paradise.