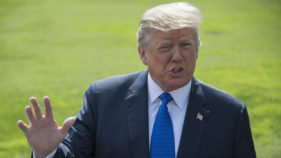 Trump calls off US military cemetery visit due to bad weather 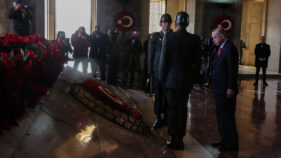 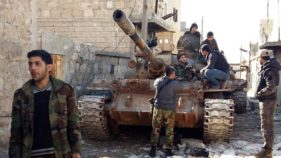 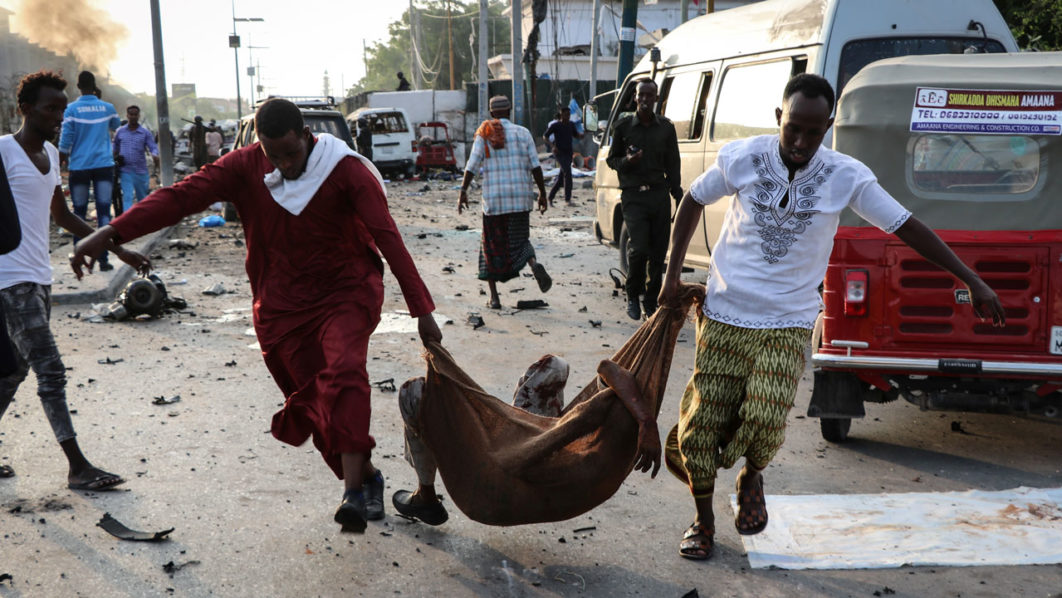 People rescue a wounded person following three blasts of suicide bomb car attacks in Mogadishu, on November 9, 2018. At least 10 people were killed in blasts that occurred near a popular hotel and the police headquarters in the Somali capital Mogadishu, police said. ABDIRAZAK HUSSEIN FARAH / AFP

The death toll from a series of car bombings near a popular hotel in the Somali capital Mogadishu has jumped to at least 41, police said on Saturday.

Friday’s attack was the latest in a wave of bombings by Al-Shabaab, an Al-Qaeda affiliate which has been fighting to overthrow the internationally-backed Somali government for over a decade.

Twin car bombs exploded within moments of each other, followed by gunfire and a third blast, sending thick plumes of black smoke into the sky.

Police official Ibrahim Mohamed said that information received from various hospitals indicated that the number of dead had reached 41, with another 106 wounded.

“Most of these people were civilians and nearly 20 of them died in minibuses that were passing by the road when the blast occurred,” he added.

Another security official, Abdirahman Osman, told AFP that nearly 50 had been confirmed dead so far, although the final number was not yet known.

Officials on Friday had put the death toll at about 20.