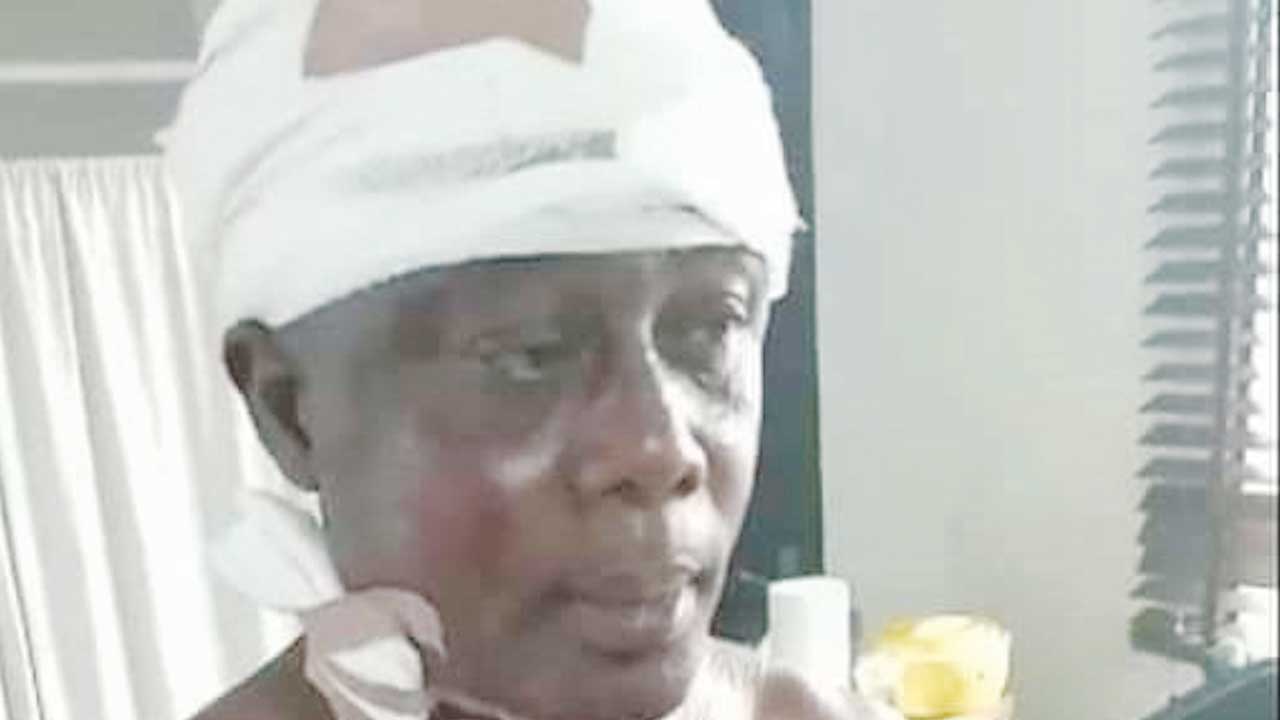 The Lagos State police command yesterday disclosed that the suspected leader of the thugs that invaded polling units in last Saturday’s presidential and National Assembly elections in Okota area of Lagos, simply identified as Demola, would be made to face the wrath of the law.

It would be recalled that Demola was apprehended by angry voters at Baba Ewe bus-stop in Ago, Okota, while fleeing the scene with members of his gang, after setting election materials and ballot papers on fire.

He was beaten to coma and rumoured to be dead, while his gang’s operational motorcycle was set ablaze. He was, however, resuscitated at the Lagos State University Teaching Hospital (LUTH) and has been discharged.

But the Commissioner of Police, Zubairu Muazu, while briefing newsmen on the update of security towards the gubernatorial election billed for next week Saturday, said Demola would be arrested and prosecuted over his alleged involvement in the disruption of the election. Muazu said: “Demola is one of the suspects. He will be treated as a principal suspect. He will assist to arrest other members of his gang.”

The police boss, however, frowned at news being peddled on the social media of an impending attack on Igbo traders and major areas dominated by non-indigenes in the state. Describing such news as fake, Muazu warned initiators of the news to desist, failing which the command would identify and bring them to book.

Assuring Lagosians of their safety, he emphasised that “Lagos is peaceful and Lagosians are peace-loving people. There is no tribe or community under threat in any part of the state. Lagosians should go about their lawful businesses and continue to support the police to serve them better by being vigilant and report any suspicious movement to the police.”

But despite the repeated assurances from the police, there is still palpable fear over heightened tension ahead of the governorship election, especially in Igbo-dominated areas of the state.

The Guardian gathered that a prominent socio-cultural group whose founder’s base is in Ago Okota is working on unleashing plans to ensure a total compliance of voters in the area and environs to vote for the ‘landlords’ choice candidate in Lagos. The planned attack is to be orchestrated by leaders of the group “to teach the Igbo a lesson in what they described as their overbearing attitude to go against the wish of their landlords.”

An Igbo man who spoke with The Guardian under condition of anonymity said their various groups have through meetings and social media advised every Igbo resident in Lagos to stay indoors and boycott the governorship election not to escalate the fragile tension over last Saturday’s election.

The Ndigbo at home and in the diaspora have been sending messages to their relatives in Lagos to boycott the governorship election in order not to incur the wrath of political thugs who have warned them to steer clear of Lagos election.

On Wednesday, the hostility against Igbo traders continued as they were prevented from opening their shops since they did not vote President Muhammadu Buhari. Following the development, traders resolved not come out to exercise their civic right.

When newsmen visited Idumota market yesterday morning, traders swore not to come out of their homes. John Madauagwu said: “We have been warned by some political thugs not to come out on governorship election day. We have been receiving messages from our leaders to remain indoors during the governorship election. We have vowed to stay at home because we may be attacked by hoodlums. If anything happens to anyone on the day of the elections, the person has himself to blame.”

However, the Lagos police boss stated that he had met with leaders of various ethnic groups and that the command has intensified its patrol and surveillance, as well as reviewed and redoubled its strategies to ensure a peaceful conduct of the gubernatorial and House of Assembly elections come March 9.