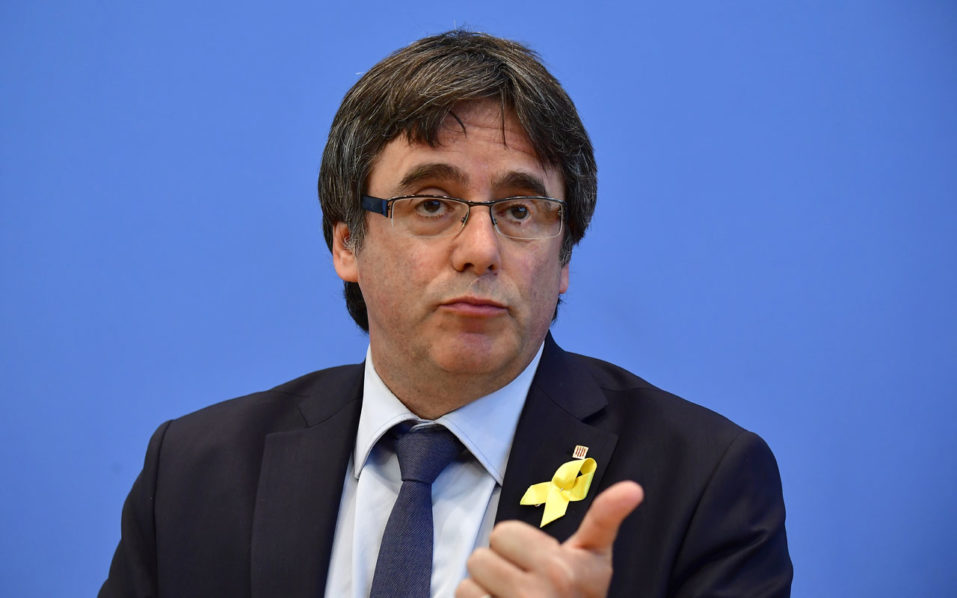 Catalonia’s deposed president Carles Puigdemont said Wednesday he will head to Belgium where he will keep pressing for his region’s independence after a Spanish judge dropped a European arrest warrant for him.

Puigdemont was detained in Germany at the end of March on Madrid’s request but he now no longer runs the risk of extradition to Spain after the Spanish court cancelled the warrant.

“This weekend I will return to Belgium,” the separatist leader told a news conference in Berlin.

“My political activity will be based in Belgium, of course with the aim of pursuing the mandate by the people” for an independent Catalonia, Puigdemont said.

Sacked as Catalan president after a failed secession bid on October 27, Puigdemont, as well as several members of his executive, fled to Brussels several days later.

He was then arrested in Germany at the end of March on his return from a trip to Finland.

Puigdemont was freed on bail around 10 days later and set about waiting for a German court decision on an extradition request by Spain, where he is wanted over his role in the independence drive.

But the German court ruled that he could be extradited only on possible corruption charges and not for “rebellion” as sought by Madrid but which is not recognised under German law.

From Belgium, Puigdemont will be able to travel where he wants, save Spain where he is still wanted for rebellion, which carries up to 25 years in jail, and for misuse of public funds.

In theory, he could remain in self-exile for 20 years, which in Spain’s legal system is the time limit after which the rebellion charge would no longer be valid.

‘Time for action’
Puigdemont is set to be greeted by a welcoming party comprising members of Catalonia’s government as well as other pro-independence organisations.

Although power is now officially in the hands of his designated successor Quim Torra, Puigdemont continues to exert strong influence in the region.

Torra considers Puigdemont to be still the “legitimate president” of the region.

In an illustration of Puigdemont’s influence, he managed to reverse his party’s stance for greater openness for dialogue with Madrid.

“In Brussels, we will continue… to develop activities linked to that which the people of Catalonia approved on October 1,” said Puigdemont, in reference to the referendum that was banned by Spain’s courts and which was marred by police violence.

“It’s no longer a Spanish affair that can be resolved internally; a European view is necessary for the Catalonia question,” said the region’s former president, who expects to travel to other European countries to push his case.

Besides Puigdemont, five other leading members of his pro-independance movement are in Belgium, Switzerland and Scotland.

Torra met Spain’s new Prime Minister Pedro Sanchez in early July, with the socialist leader promising to find a way out of the crisis.

Puigdemont wants Sanchez to allow a referendum on the question of independance for Catalonia — something that the prime minister has refused categorically.

“The change in Spain’s government is supposed to come with a change in style and climate… but it’s not the time for gestures, it’s the time for action,” he said.