The ruling was unknown to the public. But documents seen by TheCable showed that the CCT issued it on Thursday while acting on a motion ex parte application filed by the federal government.

The application dated January 9 was filed by one James Akpala, an investigator at the Code of Conduct Bureau (CCB).

Before it was filed, the CCT had adjourned till Monday, January 28, after ruling that it would proceed with Onnoghen’s trial.

The federal government is prosecuting the CJN for alleged false assets declaration.

The documents obtained by TheCable showed that in the ruling given on Thursday, a two-man panel of the tribunal – including Danladi Umar, the chairman, and Julie Anabor – asked the president to swear in Onnoghen’s second-in-command as his replacement.

The order was given a day before the court of appeal in Abuja ordered the CCT to suspend the CJN’s trial.

The CCT ruling read: “Upon a careful consideration of the Motion Exparte dated 9th January 2019 with Affidavit of Urgency and Affidavit in Support of the Motion deposed to by one James Akpala, an Investigator with the Code of Conduct Bureau for the Complainant/Applicant praying for the following orders:

“i. AN INTERIM ORDER of the Honourable Tribunal directing the Defendant/Respondent to step aside as the Chief Justice of Nigeria and the Chairman of the National Judicial Council 0ver allegations ofcontravening the provisions of the Code of Conduct Bureau and Tribunal Act Cap C l15 Laws of the Federation 2004 pending the determination of the Motion on Notice dated I0th day of January 2019.

“ii. AN INTERIM ORDER of the Honourable Tnbunal directing the President of the Federal Republic of Nigeria to take all necessary measures to swear-in the most senior Justice of the Supreme Court of Nigeria as Acting Chief Justice of Nigeria and Chairman, National Judicial Council in order to prevent a vacuum in the Judicial Arm of Government pending the determination of the Motion on Notice.

The tribunal also adjourned the matter till Monday “for hearing”.

Onnoghen has since been replaced by Tanko Mohammed from Bauchi state.

Below are the documents: 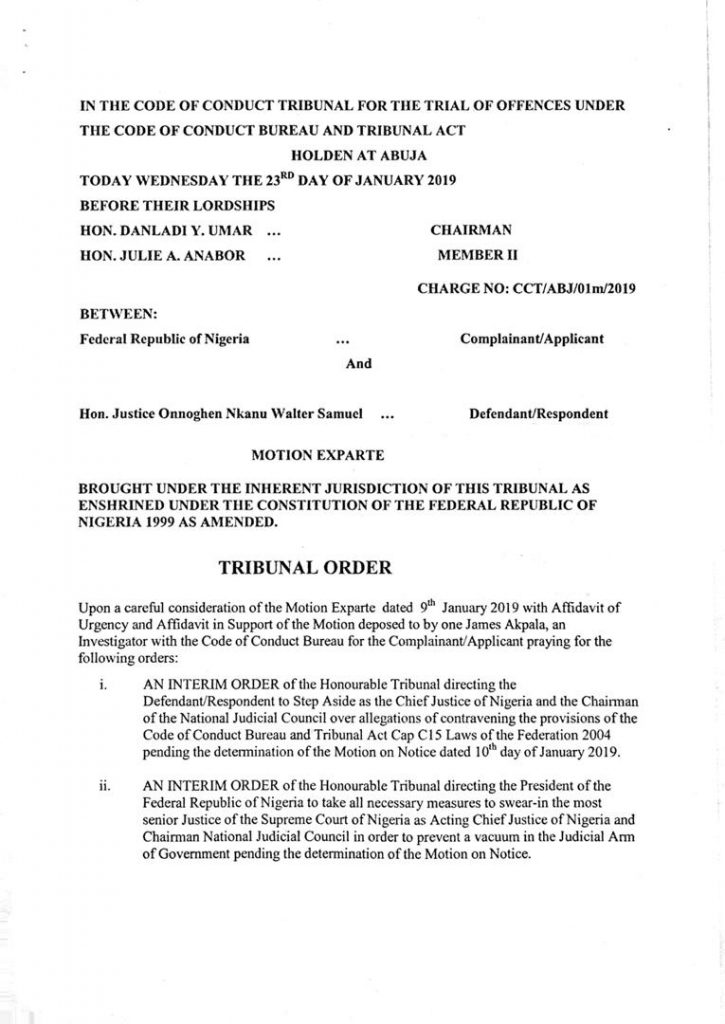 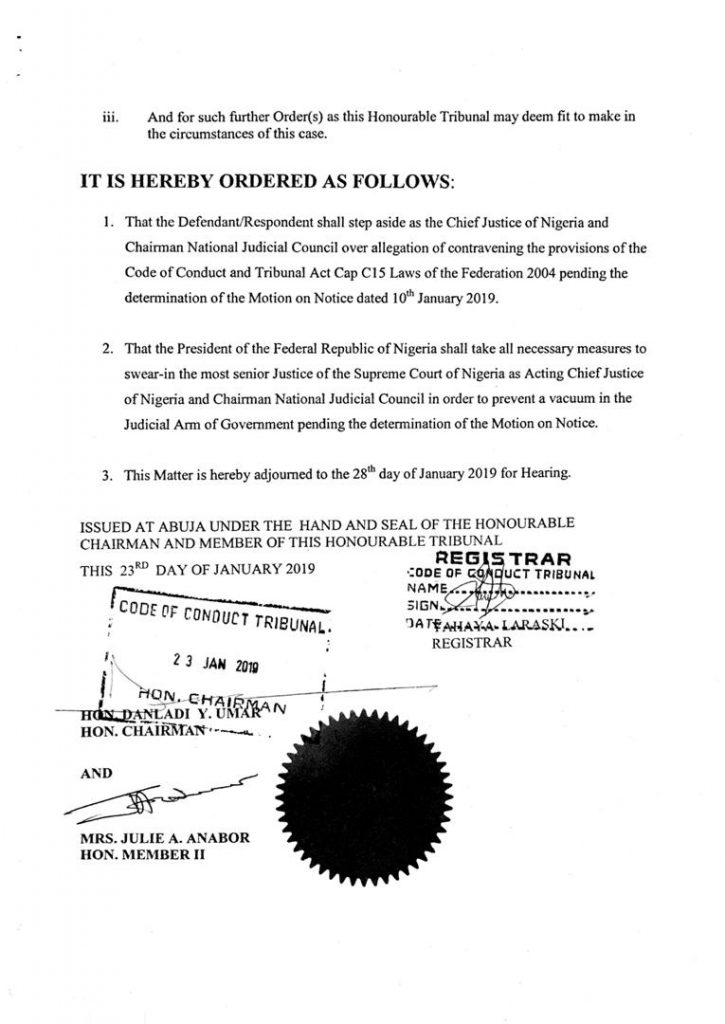