You are here
Home > HEADLINES > Don’t increase the burden 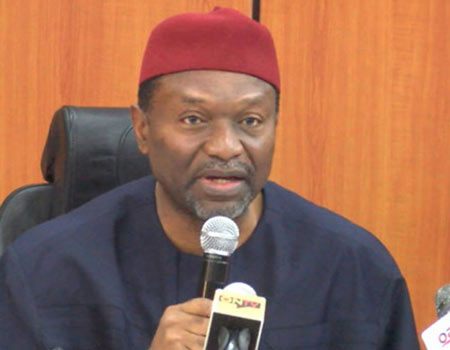 The journey to the passage of the new minimum wage is torturous and unnecessarily long. It was long overdue to review and renew the minimum wage Nigerian workers receive at the end of the month. It hasn’t been easy for the workers to make the ends meet as Nigerian economy ceaselessly declines and the cost of living soaring. After much pressure including a national demonstration, the federal government bowed and sent an executive bill to the National Assembly which hastened the work. The NASS has approved and passed the bill, yet it’s not over as the workers are left with a bigger hurdle.

The minister of Budget and National Planning, Senator Udoma Udo Udoma, relatively immediately after the passage of the bill gave an indication, or announcement, that the government would have to increase the Value Added Tax (VAT) to fund the minimum wage. This has shocked Nigerians as it clearly shows that the government isn’t really ready to alleviate poverty or ameliorate the poor condition of workers on whose heads the burden of governance lies.

Increasing VAT is to shoot up the pains and agonies of the workers and ordinary people. A sensitive government looks for ways to alleviate poverty, not to exacerbate it. There are other alternatives to generate funds to finance the new minimum wage that, unfortunately, doesn’t have significant impact on the people.

The Nigerian workers have to pay exorbitant school fees of their children and wards, subscribe to health care, put food on their tables, settle house rent and crazy electricity bills, transport to and from their places of work and other expenses that gulp the peanuts they receive every month. Life has not been smiling to these people who deserve better. The government has exhausted all its delay tactics. Now it turns to placing burden on the workers. The government is blind to the bogus and jumbo pay government officials take; the security votes governor exclusively enjoy, the swamp in the government secretariats, duplications of offices are few of the leaks the governments should plug to get more funds for the wage.

The government should remember that it’s not only the civil servants that will suffer (perhaps) from the indicated increment of VAT. Also, rather than increasing the yoke and burden, why can’t we have more productive and innovative civil service? The government has what it takes to train the workers to make them more productive. With this, increasing the VAT won’t be necessary. The government has to look inward to see what it can do to finance the new minimum wage, boost the resuscitating economy and alleviate poverty.