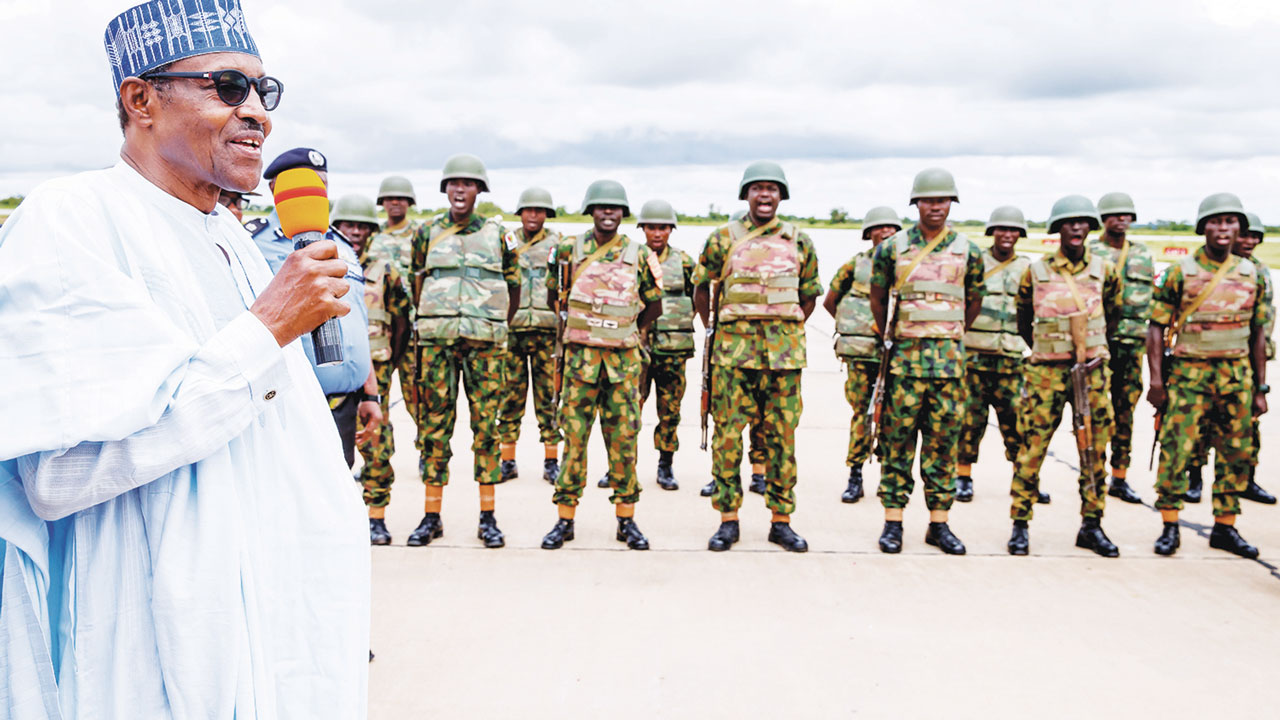 President Muhammadu Buhari has called on troops currently stationed in Katsina State, not to spare any cattle rustler or armed robber, but to deal ruthlessly with them.

Buhari stated this, yesterday, while addressing the troops at the Umaru Musa Yar’Adua International airport.

The troops are presently fighting insurgency and related crimes in the forests of Zamfara, Kaduna and Katsina.

The president, who commended the troops for their gallantry, said their effort was a sacrifice that was keeping insecurity at bay, and that Nigerians deserved to live in peace.

He reiterated Federal Government’s commitment to tackling insecurity, corruption and improving the economy.

He said more than 60 per cent of Nigerians are under 30 years, and that a lot of them didn’t get the opportunity to be educated in order to secure jobs.

He said the expectation of such category of people was very high, but that government was doing what was possible to improve their lot and that of other Nigerians.

He said: “I do not want you to spare any cattle rustler, any armed robber or any stupid person that thinks he is above the law. I want you to be as ruthless as is humanly possible.”

Buhari, who was in the state to celebrate Eid-l-Kabir, came to the airport in a helicopter from his Daura hometown at 10:53a.m.

While in Daura, he hosted several prominent Nigerians, some of whom he had closed door meetings with.