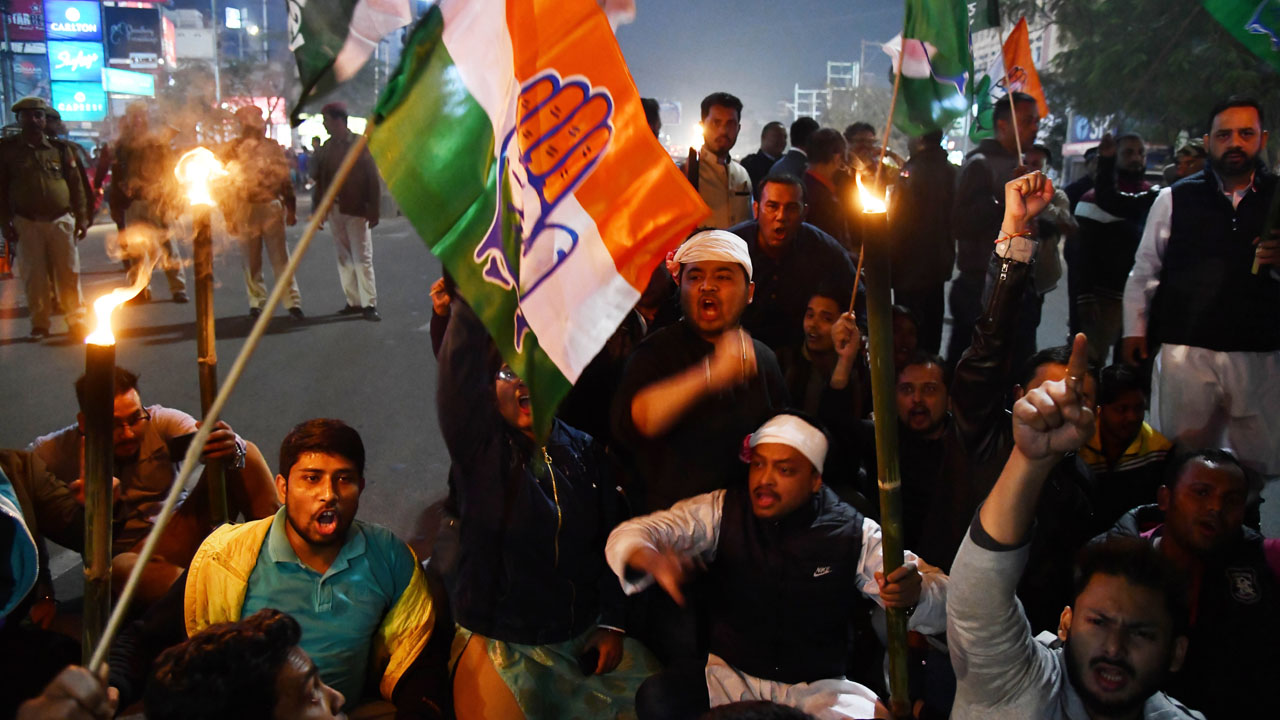 Activists of the Assam Pradesh Congress committee shout slogans during a rally in protest against Citizenship Amendment Bill 2016, which will provide citizenship or stay rights to minorities from Bangladesh, Pakistan and Afghanistan in India, in Guwahati on January 7, 2019. – Thousands in northeastern India joined demonstrations on January 7 against a proposal to grant citizenship to religious minorities in the region, a move criticised as a sop to Hindus before a general election. (Photo by STR / AFP)

Dozens of Rohingya Muslims have crossed the border into Bangladesh from India in recent days, officials said Tuesday, as New Delhi faces censure for deporting the persecuted minority to Myanmar.

Last week India handed a Rohingya family of five to Myanmar authorities, despite the army there being accused of genocide against the stateless group.

The forced return — the second in recent months — was criticised by the United Nations and rights groups who accused India of disregarding international law and sending the Rohingya to danger.

India, which is not a signatory to the UN Refugee Convention, arrested 230 Rohingya in 2018 — the most in years as Hindu hardliners called for the displaced Muslims to be deported en masse.

Bangladesh border officials and police said dozens of Rohingya had been detained crossing from India in the past week. They were sent to refugee camps in the country’s south, where a million of the displaced Muslims live in hardship.

The round-ups in India, and fear of deportation to Myanmar, had fuelled the recent exodus, Bangladesh officials said.

“They told us they panicked after India started detaining Rohingya refugees and deporting them to Myanmar,” said Shahjahan Kabir, a police chief in the eastern Bangladeshi border town of Brahmanpara.

He told AFP that 17 Rohingya were detained last Thursday after crossing into Bangladesh, followed by 31 at a different border point. Most had been living in India for up to six years, Kabir added.

In Cox’s Bazar, a border district where some 720,000 Rohingya have sought refuge from a Myanmar army crackdown in August 2017, local officials said at least 57 had arrived in recent days.

For decades the Rohingya have faced persecution and pogroms in Buddhist-majority Myanmar, which refuses to recognise them as citizens and falsely labels them “Bengali” illegal immigrants.

They were concentrated in Rakhine state, the epicentre of a brutal Myanmar army offensive in August 2017 that UN investigators described as genocidal in intent.

Amnesty International, among other rights groups, has blasted India for forcibly repatriating the Rohingya to Myanmar when persecution in Rakhine is ongoing.

Dozens of Rohingya were also deported from Saudi Arabia to Bangladesh at the weekend, reported the London-based Middle East Eye website.