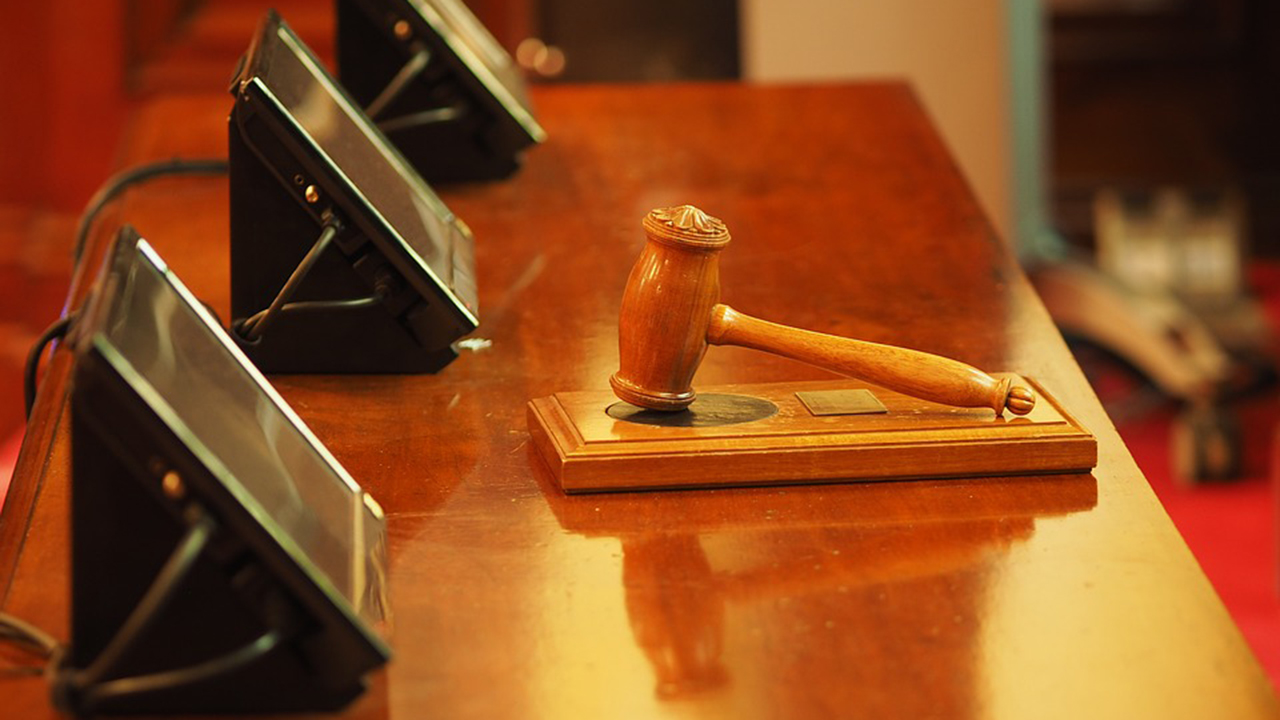 A Federal High Court sitting in Abakaliki on Thursday adjourned until Feb. 6 ruling in a suit filed by Prof. Bernard Odoh one of the governorship aspirant of the All Progressives Congress (APC).

Odoh was challenging the outcome of the exercise held between Sept. 30 and Oct. 1, 2018 which declared incumbent Sen. Sonni Ogbuoji as the winner.

The News Agency of Nigeria (NAN) recalls that Odoh polled 519 votes, while Ogbuoji got 785 votes and was declared winner by the Sen. Domingo Obende-led electoral committee.

In the originating summon filed on Oct. 19, 2018 with suit No: FHC/AI/CS/50/2018, Odoh alleged that there were widespread irregularities during the primaries.

He alleged that the irregularities were made possible by the use of fake delegates lists for Ikwo and Ezza South Local Government Areas totaling 31 electoral wards.

He claimed that the use of the said fake lists gave undue advantage to Ogbuoji, who is the fourth defendant in the matter.

Odoh is seeking for a declaration that the use of fake lists or substitution of duly elected lawful delegates for the Ezza South and Ikwo council and the 31 wards therein in the conduct of governorship primaries violated the party’s constitution.

H said that the submission of the name of the 4th defendant, Ogbuoji by the 1st defendant, APC, to the Independent National Electoral Commission (INEC), which is the 2nd defendant, on November 2019 was unlawful, arbitrary and undemocratic.

He said that the action was contrary to the provisions of the Electoral Act, 2010 (as amended), the constitution of the APC as well as guidelines for the nomination of candidates for the 2019 general elections.

Odoh, in the suit, was also seeking for a declaration that, by virtue of the unlawful exclusion of the 428 democratically-elected delegates and their substitution or replacement with other persons, that Ogbuoji was not validly nominated by APC as the governorship candidate.

He is therefore, praying for an order of the court declaring him the winner of the governorship primary of the APC should the court find merit in his prayer.

Odoh cited relevant sections of the electoral act of 2010 as amended, the party’s constitution and the guidelines for the conduct of the party’s governorship primary election to buttress his claim.

He claimed that he is entitled to be declared the governorship candidate for the APC having polled the highest number of valid votes cast in the election.

The plaintiff, in the alternative is asking the court to make an order nullifying the APC governorship primary election and directing the party to conduct a fresh primary with the use of only the duly elected delegates from the 13 local government areas of the State.

At the trial, counsels to parties took turns to adopt their written addresses and made further arguments for and against the application for amendment by the plaintiff.

Lead Counsel to the Plaintiff, K. S. Nwufo, SAN had in his submissions stated that the application for amendment was brought pursuant to Order 46 of the Federal High Court Civil Procedure rules.

The application was supported by a 12 Paragraph affidavit, accompanied with a written address which he adopted as part of the plaintiff’s argument in the matter.

Nwufo, while addressing the court, noted that the claim that the application for amendment is status barred, maintained that the major complaint of the plaintiff is the alleged use of fake delegates list in the conduct of the said primaries.

He said the defendants should not take advantage of status obligation as the court would not close its eyes to allegations of fraud and illegality.

Responding, Lead Counsel to the 1st and 2nd defendants, J. O. Ibik, SAN said his clients filed a written address in opposition to the application for amendment and adopted same as their argument in the matter.

Ibik argued that the Supreme Court has ruled that an amendment cannot be used to introduce a new issue which was not raised the moment it ought to have been raised.

He said the substantive suit therefore ought to have been dismissed for being pre-mature.

Both lead counsels to 3rd Defendant, (INEC) and 4th Defendant (Ogbuoji), Nkeiru Oparanozie and Mike Odo aligned themselves with the submissions of the learned counsel to the first and second defendants.

The Presiding Judge, Justice Phoebe Ayua adjourned the matter until Feb. 6 for ruling on a motion brought by the plaintiffs seeking to amend the originating summons.