You are here
Home > HEADLINES > Economy was in a shambles- Buhari 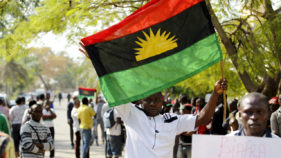 IPOB: No amount of intimidation will stop Biafra 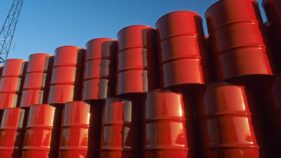 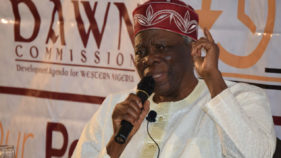 There won’t be peace without state police – Akintoye

President Muhammadu Buhari has said the economy was in a shambles as a result of widespread corruption and mismanagement of the national commonwealth, compounded by a sharp drop in the prices of oil, when he took over power in 2015.

Buhari said this during the graduation of Senior Executive Course 40, at the National Institute for Policy and Strategic Studies (NIPSS). Jos. Represented by the Minister of Defence, Mansur Dan Ali, he said: “Good governance involves transparency and prudence in public finance, social justice, investing in the poor and creating employment for the youth.

“To address the national problems fundamentally, we put in place several policy frameworks, the major one being the Economic Recovery and Growth Plan (ERGP), which laid out strategy for achieving government’s vision of sustained and inclusive growth.Acting Director General of NIPSS, Mr. Jonathan Mela Juma disclosed that for the first time, the participants’ research projects were subjected to ‘originality test,’ to improve the quality and professionalism of participants’ research projects.