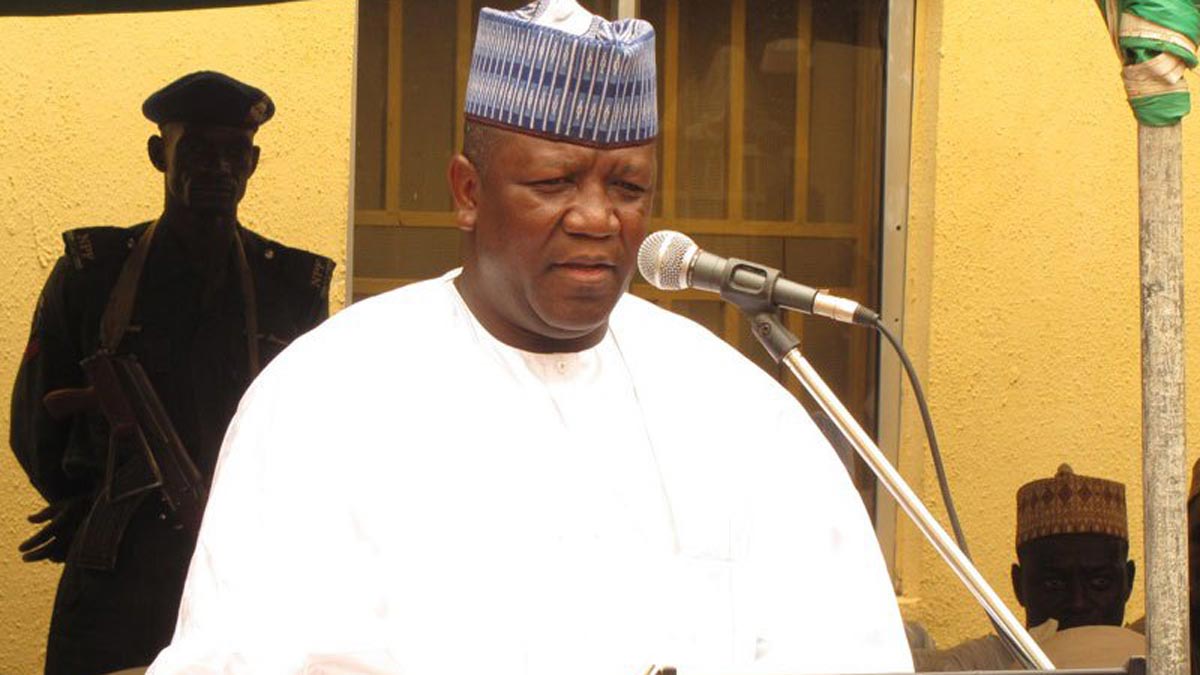 Gov. Abdulaziz Yari of Zamfara, the Chairman of NGF

The Nigerian Governors Forum (NGF) has described as unconstitutional the freezing of the accounts of Benue Government by the Economic and Financial Crimes Commission (EFCC).

Gov. Abdulaziz Yari of Zamfara, the Chairman of NGF, spoke with State House correspondents after a closed door meeting with Acting President Yemi Osinbajo on Wednesday in Abuja.

EFCC had on Tuesday froze the state’s account which was confirmed by Terver Akase, the Chief Press Secretary to Gov. Samuel Ortom.

Yari said that by the security situation in Benue, it was not wise to dislocate the state financially.

“If EFCC freezes the accounts of any state government, Benue or anywhere else, I think it is unconstitutional, it is not right, because you are shutting down government.

“Government must spend, more especially Benue where there are issues of insecurity.

“But I believe this government will not sit down and oversee unlawful operations happening from the security agencies.

“From what happened yesterday, someone can understand that this government is following due process and laws of Nigeria.

“EFFC’s action in Benue is something that should be reversed,’’ he said.

Speaking on Tuesday’s blockade of the National Assembly, Yari said it was very unfortunate, but however, said that the attendant reaction by the acting president had vindicated the Federal Government in the eyes of local and international communities.

He recalled that similar incidents occurred in 2011 and 2014 respectively but no serious action was taken by the then government.

According to him, the government of Muhammadu Buhari is following due process and will never oversee unlawful activities within the security agencies.

Gov. Abdullahi Ganduje of Kano State, who was also in the Presidential Villa, told correspondents that Tuesday’s incident at the National Assembly was an embarrassment which should not have been allowed to happen.

On defection of his Deputy, Prof. Hafizu Abubakar to Peoples Democratic Party (PDP), Ganduje said there was no cause for alarm.

According to him, it is the season of defection as the All Progressives Congress (APC) is also receiving defectors from other parties.

“The state House of Assembly wanted to impeach him but I was prevailing on them but they insisted, when he saw the handwriting on the wall, he decided to resign.

“They wanted to continue with the impeachment because he committed some impeachable offences, but I pleaded and they dropped the charges and allowed him to go, that is politics,’’ he said.