You are here
Home > 2019 elections > Election violence: Akeredolu to setup panel of inquiry for Oba-Akoko 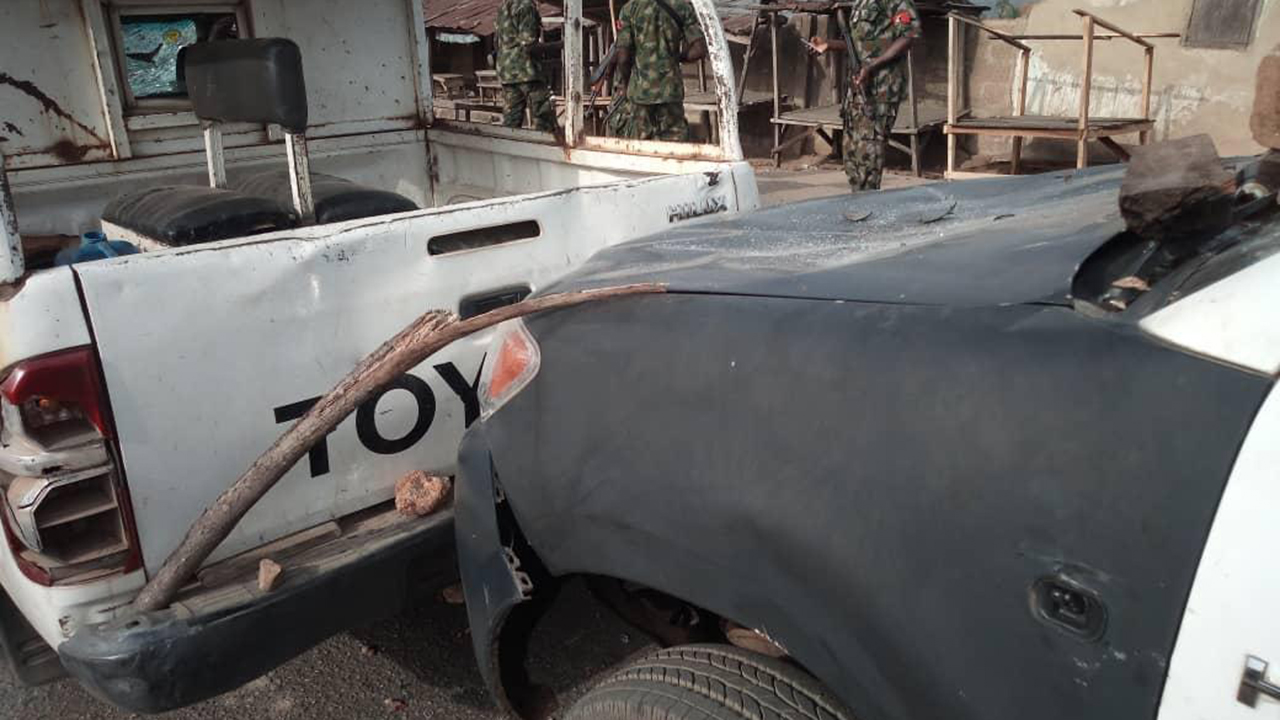 Gov. Oluwarotimi Akeredolu of Ondo State, on Sunday ordered that a Panel of Inquiry be set up to investigate the immediate and remote causes of violence perpetrated in Oba Akoko.

The News Agency of Nigeria (NAN) reports that Akeredolu had, on Saturday evening, restricted human and vehicular movement into and from Oba-Akoko due to violence perpetuated by some hoodlums after the 2019 State House of Assembly election.

Akeredolu gave the directive in Oba Akoko, Akoko South West Local Government Area, during an inspection of damages to the Divisional Police Station, Oba-Akoko and other areas affected.

The governor, who in company of the state Commissioner of Police, Undie Adie, expressed displeasure at the level of destruction at the station and its barracks, stressing that the panel would determine the cost of damages done to public and private property.

He wondered why the perpetrators would embark on such height of criminality and lawlessness.

He called on the police and other security agencies to enforce the directive to restrict internal human and vehicular movements in the town.

“Please let our directives be complied with to the letter. Nobody moves in and out of Oba for the time being until further notice,” he said.

Earlier, Adie, thanked the governor for visiting the Oba-Akoko Police Station to access the level of destruction

Adie said that voting had virtually been concluded when and some youths illegally blocked the highway to prevent the police and INEC officials from moving with the results to the local government Collation Centre.

“Surprisingly, they did not stop there. They moved into this Police Station and damaged property.

”We have made some arrests and deployments have been made to the town to restore peace and order to the community”, he said.

NAN reports that properties destroyed includes: a Police patrol vehicle, some private vehicles belonging to police officers, as well as the DPOs lodge and other private properties in the community.

ASP Mayegun Adewale, Divisional Police Officer (DPO), conducted the governor and the Commissioner of Police round the station and other strategic places in the town.

Also, Alhaji Jimoh Dojumo, Senior Special Assistant to the Governor on Security, alleged that the hoodlums had planned to destroy electoral materials including ballot boxes and result sheets used in the State Assembly election in parts of Akoko Southwest Local Government Area.

He explained that the security operatives engaged the hoodlums in “fierce operation” before they were dislodged.

He also said that the operatives rescued the electoral officials and materials used in the election in Iwaro-Oka.