APC Reps back Buhari on refusal to Electoral Amendment Bill

APC Reps back Buhari on refusal to Electoral Amendment Bill 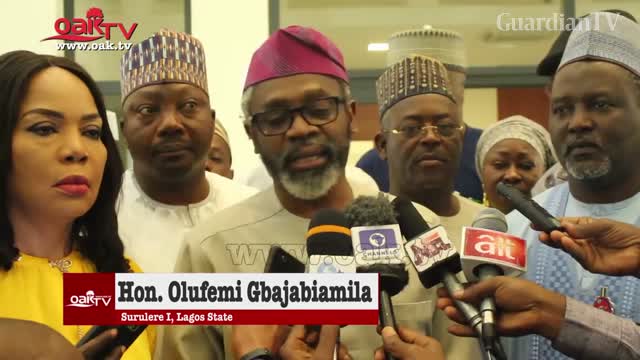 • ‘ECOWAS Protocol Cited By President Not Domesticated’
For advancing “unconvincing enough” reasons to explain his failure to assent to the Electoral Amendment Bill, a section of the House of Representatives are exploring the possibility of overriding President Muhammadu Buhari’s veto.

While declining assent to the Electoral Act Amendment Bill for the fourth time, Buhari said it was because it was too close to the 2019 general elections to change the rules of the game.

The Chairman of the House Committee on Ethics and Privileges, Mr Ossai Nicholas Ossai, who dropped the hint, yesterday, maintained that the reason given by Buhari for denying assent to such an important bill was not convincing. Ossai (PDP, Delta State), however, explained that the final decision on the matter would be taken when the issue is debated on the floor of the House.

According to him: “When you want to take this kind of action, you have to do it after taking time to evaluate yourself. I think it is too quick for us to come out and take such a decision, but I know a decision must be made.

“You see the so-called ECOWAS protocol does not affect Nigeria, so the reason advanced by the president does not hold water. But it can hold water in a place like Ghana, where the protocol was domesticated. And it is part of their laws.”

According to Section 12 of the Constitution, every treaty or protocol must be domesticated. That has not been done. So that protocol cannot hold water.”On whether the planned move would not be resisted by members of the APC, who have a slight edge in the House, he assured that political considerations would not determine the outcome of deliberation on the Bill.

It would be recall that the House leader, Mr Femi Gbajabiamila, had assured that members of the APC Caucus in the House would scuttle any plan to override President Buhari’s veto on the Bill, emphasising that the APC has more than the required number to stop the process.He also added that a “fire brigade approach” must not be adopted, saying that the amendment was too close to the elections … and that is the reason for the ECOWAS protocol.”

After Gbajabiamila took that stand, three other members of the House of Representatives, Messers Kayode Oladele, Aliyu Magaji Dau and Mohammed Sani Zorro have equally expressed divergent views on Buhari’s refusal to give assent to the Bill. Oladele who chairs the House Committee on Financial Crimes argued that the President’s refusal to assent the Bill would not affect the conduct of the 2019 general election, while Dau (APC, Jigawa State) said signing into law of the Bill would have been in the best interest of the country.

According to him: “I feel it’s a mixed bag because if he had signed it it would have added to the quality of the election. I will appeal to Mr. President to sign the Bill because of some of the reforms in it. I don’t agree that what the President did was to help the APC rig the election because APC is a popular party.”