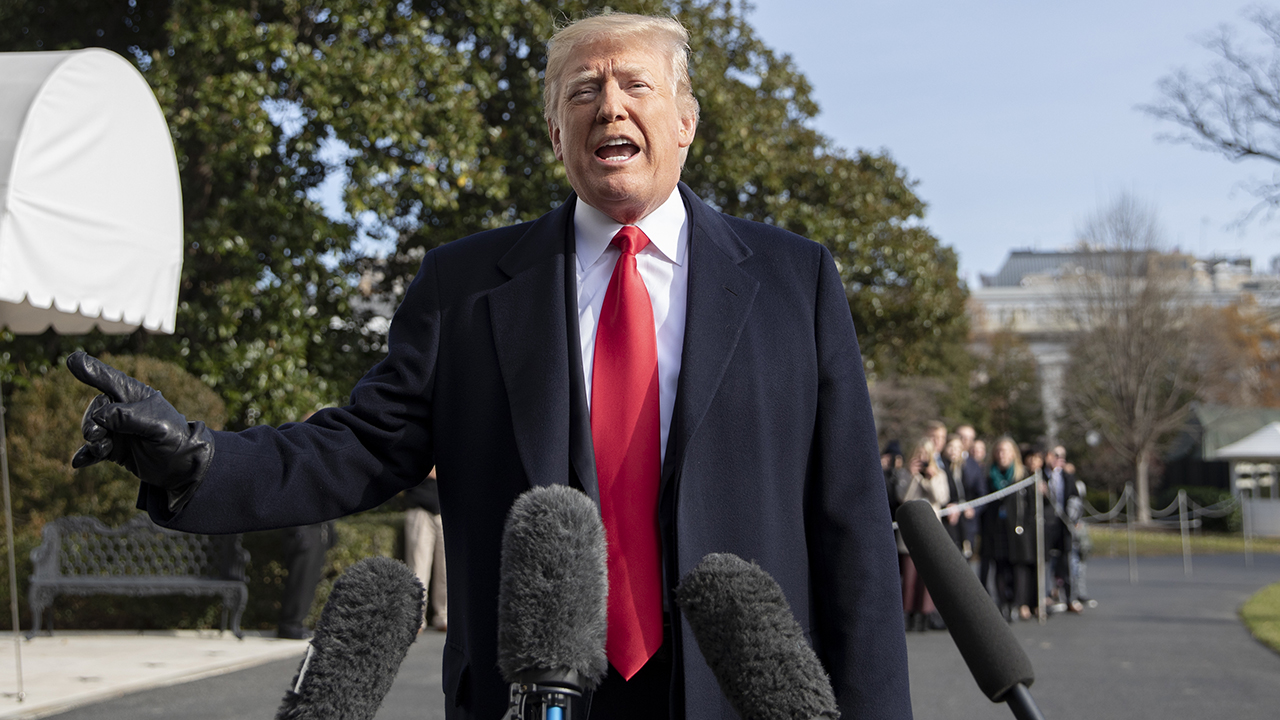 US President Donald Trump talks to reporters prior to boarding Marine One as he departs the White House in Washington, DC on December 8, 2018. – US President Donald Trump on Saturday announced his chief of staff John Kelly would be leaving the administration at the end of the year — the latest in a series of moves by the Republican leader to change his inner circle of aides. (Photo by Alex Edelman / AFP)

A beleaguered President Donald Trump on Monday insisted hush payments made to women before the 2016 election were legal, as he struggled to fill the key position of chief of staff — made toxic by two years of White House turmoil.

While it remains unclear whether a sitting president can actually be indicted, the US leader has found himself cited in an FBI campaign finance probe, only deepening tensions as he ends his second year in office with top lieutenant John Kelly stepping down and opposition Democrats poised to take control of the lower house of Congress.

Federal prosecutors in New York urged “substantial” jail time for the president’s former lawyer Michael Cohen who pleaded guilty in August to bank fraud and campaign finance violations as a result of the payoffs to the two women, who claimed to have had sexual encounters with Trump.

Referred to as “Individual-1,” Trump was directly implicated in ordering the payments — which prosecutors believe aimed to influence the outcome of the election.

Trump said Monday the opposition Democrats had taken “a simple transaction” and proceeded to “wrongly call it a campaign contribution.”

“Lawyer’s liability if he made a mistake, not me,” the president added, accusing Cohen — his former right-hand man — of “trying to get his sentence reduced.”

In the immediate term, one of the president’s most pressing issues was to find a new chief of staff at the White House after announcing that Kelly, a retired general he had reportedly fallen out with, was to leave by the end of the year.

Nick Ayres, the 36-year-old chief of staff to Vice President Mike Pence, had been touted as favorite to get the job, but announced Sunday he was taking himself out of the running, dealing a blow to the president.

– Isolation –
The fact that Trump is struggling to attract any heavyweights for what was once considered a plum political posting speaks to the increasing isolation the president finds himself in, as special counsel Robert Mueller probes whether his campaign may have colluded with Russia to tilt the 2016 election in his favor.

Former members of the administration have spoken, with varying degrees of frankness, about the difficulty of working with the impetuous and temperamental 72-year-old, who came to office without any political or diplomatic experience.

His former secretary of state, Rex Tillerson, who had largely kept quiet since leaving office, recently described his ex-boss as “a man who’s undisciplined, doesn’t like to read, doesn’t read briefing reports, doesn’t like to get into the details of a lot of things but rather says ‘this is what I believe.’”

That assessment earned Tillerson a broadside from the US leader, who called the former Exxon chief executive “dumb as a rock.”

“Nobody wants to be Trump’s chief of staff,” the Democratic Party said in a statement Monday. “And why would they? Trump has turned the White House’s top job into ‘a laughing stock,’ and his entire presidency has been defined by chaos.”

As Democrats search for a candidate to run in the next elections in late 2020, James Comey — the former FBI chief abruptly fired by Trump after he came to power — said voters must “use every breath we have to make sure the lies stop on January 20, 2021.”

In a public appearance in New York, Comey said Democrats “have to win” the key election.

A victory at the ballot box, he said, was far preferable to a messy impeachment in a highly divided country, calling for a “landslide (to) rid ourselves of this attack on our values.”

“Removal by impeachment would muddy that,” he said, warning that die-hard Trump supporters — who still make up almost a third of the electorate — might see themselves as victims of a “coup.”