You are here
Home > Development Cable > Encounter with schoolboy farmer

I was on a field trip to Tofa Local Government Area of Kano State, about 20 kilometers from the capital, in company with UNICEF officials and journalists who had gathered for a two-day ‘Media Dialogue to promote equity in education for children’, organized by the United Nations body in collaboration with the Federal Ministry of Information and Culture and held in Kano City on October 29 and 30.

Our mission was to see first-hand how the efforts of the Kano State government have fared in uplifting children education in the local government.

But about half a kilometer from the Army Children Special Primary School inside the Janguza Barracks, a young boy of school age attracted me as he tended a maize farm alone. He spoke only smattering English and could barely understand a spoken English except to react with innocent smiles. I had to engage him in his native Hausa to be let in a revelation that would shape this report.

“What are you doing on this farm at this time (10.30am) when you are supposed to be in school,” I asked him. Initially, he hesitated, not sure if he would be forced to proceed to school, much against his wish or plan. But upon being assured that I was harmless, as it were, he let off his guards.

“Are you not supposed to be in school,” I asked him again. 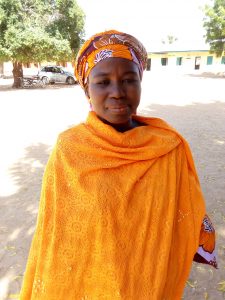 “Yes, I am,” he said with surprising confidence. “But I am not going to school today,” he also said.

It would shortly be discovered that the kid farmer, Sulaiman Adamu, is a pupil of the same Army Children Special Primary School where our team was headed. But although he is in Primary 3, he is 13 years old!

“I alternate between attending school and coming to work on this family farm,” he told me, saying it is a routine that had gone on for about five years, some two years before he enrolled at the school.

“I do go to school two or sometimes three of the five days of the week, depending on how much work is there to do on the farm,” Sulaiman, who told me he is the fourth of nine children of his aged parents, said.

“Every one of us has his work portion on the farm although we all can also be here together sometimes. But this normally happens at the beginning of the farming season when there is so much work to be done that requires more hands at the same time,” he explained with the voice of a veteran farm hand.

It was obvious from the foregoing that the farm attracts the young boy more than the school does. The audacity of skipping school and working on a maize farm so close to the school was also, in itself, a tell-tale.

Hardly would anyone as strange as me in the village have thought that the school authorities could be aware that one of the pupils had confidently stayed away from class, just to tend a maize farm. But hear Sulaiman: “My teachers know that I combine farming with schooling so I have no problem alternating both according to my programme.”

In his reckoning, I had already taken much of his time. So, he pleaded to be allowed to continue his work on the farm. I could not but accent to his plea. But the curiosity in his roping in the school authorities into a practice they should do everything to discourage had led me to the Head Teacher of the school, Hajia Harira Ahmed, whom I asked to refute and corroborate Sulaiman’s assertion that pupils from the school could be indulged in using study time for farming.

“We are quite aware that some of our pupils sneak into their family farms from school to do odd jobs,” Hajia Ahmed confirmed.

“This is one of the major challenges we face in ensuring that the school programmes run smooth. Of course, this is not to say that we have in any way abdicated our responsibility as teachers to make sure that the pupils attend school regularly and promptly,” the head teacher said.

“However, we also recognize the fact that a lot of tact and diplomacy must be deployed if we desire to get the pupils off the farm completely. If we have to force them to school, there is danger of having them not coming to school anymore and the whole objective of giving them quality education would have been defeated.

“We believe that in no distant future, we would be able to convince the parents through the Parents Teachers Association on the need to encourage their wards to disengage from the farm and concentrate on school. In all honesty, we believe that this will have to take gradual processes to achieve long term effects. In addition, we as teachers have also made it a point of duty to serve as role models to the pupils at all times as we believe that the more we do this the more they tune their minds to schooling.” 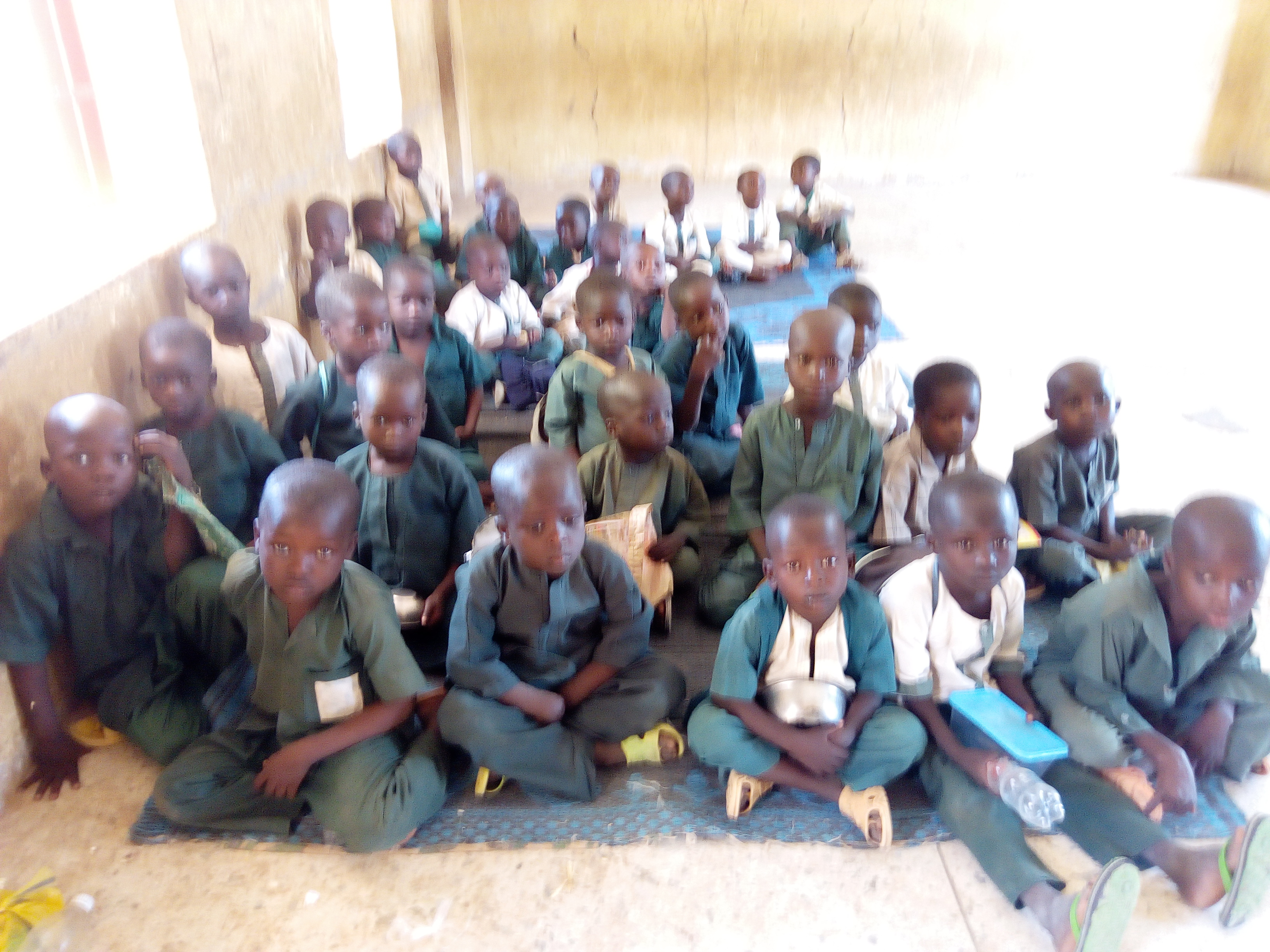 “Nutrition is a major issue in the rural areas and because our pupils can now access free food in school, the attraction has kept increasing,” she said, adding, “the free school fees is also a major motivation for indigent pupils and we are trying our best to make representation to government on the need to provide more free books than we are having at the moment.”

Infrastructure at the school falls short of the standard propagated by the UNICEF. Pupils still take lessons seated on mats while others squeeze in a few chairs and desks available.

“We are battling with challenges of over-population which stretches the infrastructure, as well as inadequate staff which makes me also take classes sometimes,” Hajia Ahmed stated.

Despite the school being established in 1980, however, there is no noticeable trapping to show for its 38-year existence.

“This school has had its high points, as with the successful turnover of pupils over the years,” the head teacher remarked with pride.

“The low points it has recorded, I think, has so much to do with the fall in education standards in Nigeria in recent years which need a joint effort by stakeholders to address,” she also said.

The head teacher’s reference to ‘stakeholders’ targets mainly at the UNICEF to supplement government whose fund for education has dwindled perennially and it is a challenge that the international body has accepted.