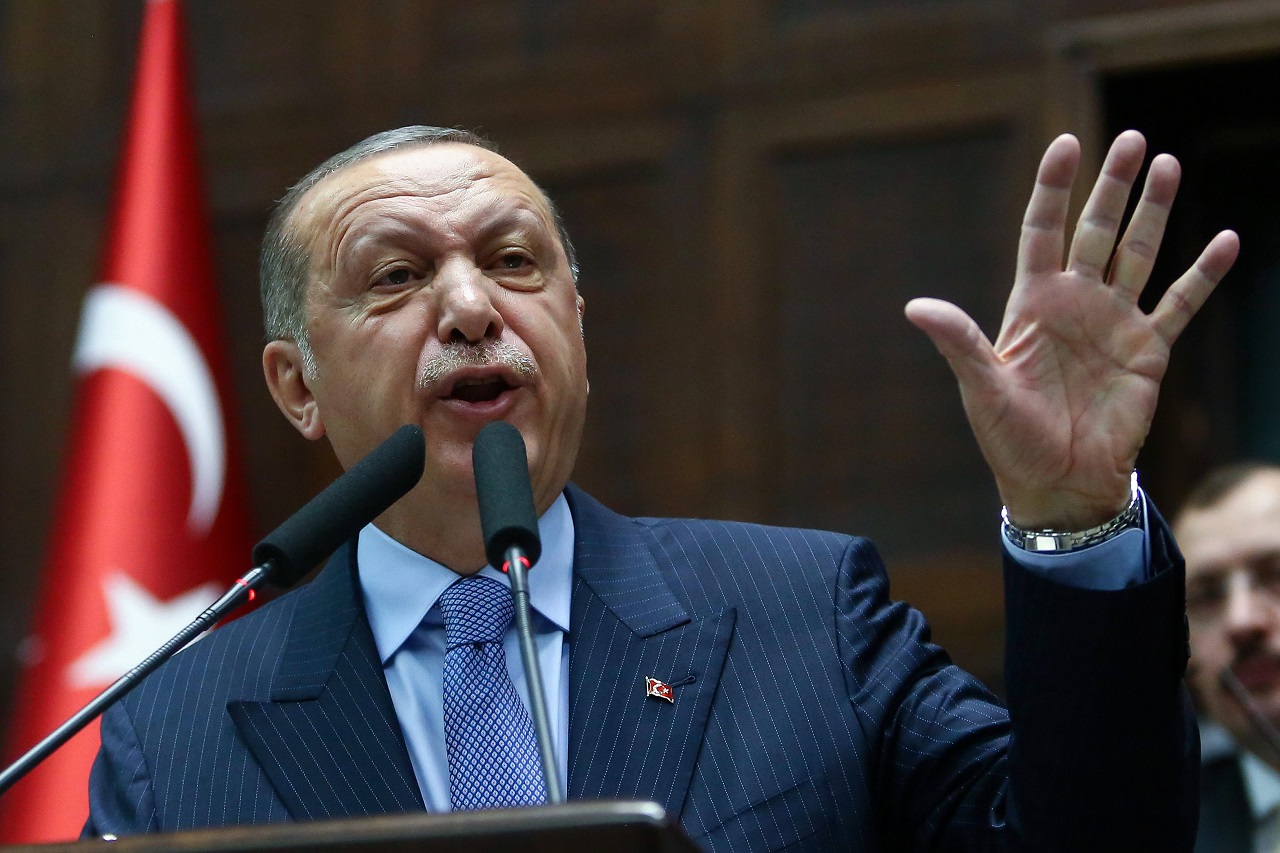 President of Turkey and the leader of the Justice and Development Party (AK Party) Recep Tayyip Erdogan makes a speech during the AK Party’s parliamentary group meeting at the Grand National Assembly of Turkey (TBMM) in Ankara on May 8, 2018. / AFP PHOTO / ADEM ALTAN

President Recep Tayyip Erdogan said the ride hailing app Uber is “finished” in Turkey, following intense pressure from Istanbul taxi drivers for the service to be banned.Erdogan’s comments, in a late night speech Friday in Istanbul, came after the government agreed new rules that are expected to severely complicate Uber’s operations in Turkey.

Drivers of Istanbul’s yellow taxis have over the last months waged an intense campaign to have Uber banned, saying the company is eating into their business without having a proper legal basis for work.

“This thing emerged called Uber or Muber or whatever,” said Erdogan. “But this issue is now finished. It’s over now.””Our Prime Minister (Binali Yildirim) made the announcement. We have our system of taxis,” he added.

The official taxi drivers association said at the time the measure would be a major threat to Uber, if it was properly enforced by the traffic police.

Erdogan said that while Uber may be popular in some European countries, Turkey was different.

“Why did it (Uber) emerge? Because it was in Europe. But what is Europe to me? We will take the decision ourselves.”

His comments come three weeks ahead of keenly-contested presidential and parliamentary elections. Many Istanbul taxi drivers — though not all — are strong Erdogan supporters and the main taxi associations back him.

The 17,400 official yellow taxis in Istanbul are a pillar of the city’s often patchy transport system, but critics say that poor quality service and overcharging have given Uber an opportunity.

The yellow taxi drivers, on the other hand, slam Uber as “pirates” who are swallowing their incomes in an already tight market.

Uber has said it is committed to working in Turkey and insisted it is operating within the law.

“We want to work in cooperation with all the relevant stakeholders to improve transportation options in Turkey and we are committed long-term to Turkey, to the end, as a loyal partner,” it said in a rare Turkish statement this week.

The tension in Turkey is one of a number of headaches for Uber and its new chief executive Dara Khosrowshahi, who took over last August after founder Travis Kalanick was ousted following a series of scandals.