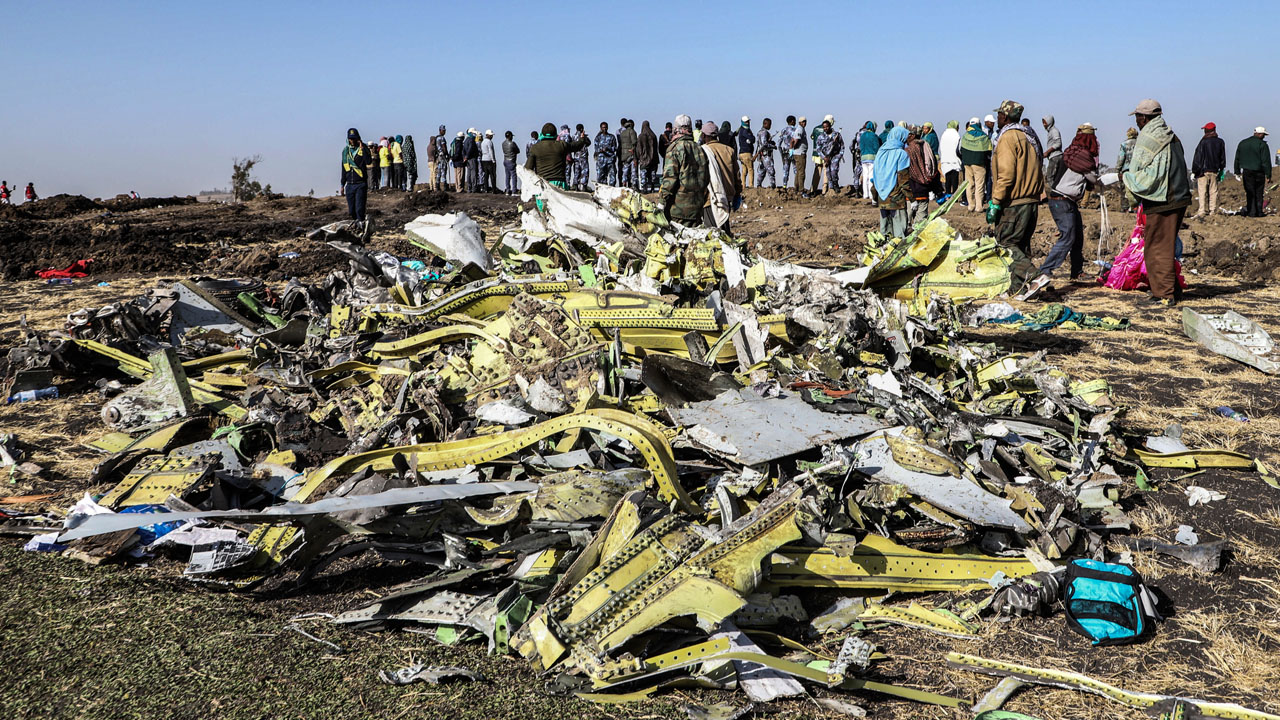 People stand near collected debris at the crash site of Ethiopia Airlines near Bishoftu, a town some 60 kilometres southeast of Addis Ababa, Ethiopia, on March 11, 2019. – An Ethiopian Airlines Boeing 737 crashed on March 10 morning en route from Addis Ababa to Nairobi with 149 passengers and eight crew believed to be on board, Ethiopian Airlines said. (Photo by Michael TEWELDE / AFP)

“It could be sent abroad because there is no equipment to read it here,” said spokesman Biniyam Demssie.

The airline’s chief executive Tewolde GebreMariam earlier told CNN the black boxes would have to be examined outside the country, in a destination to be chosen by investigators — possibly the United States or “a closer country in Europe in the interest of proximity and in the interest of speed.”

Numerous countries have banned Boeing’s 737 MAX 8 medium-haul workhorse jet from their airspace while airlines around the world have grounded the plane after the crash which killed 157 people.

The Nairobi-bound plane was the same type as the Indonesian Lion Air jet that crashed in October, killing 189 passengers and crew — and some experts have detected similarities between the two accidents.

Tewolde said Ethiopian Airlines pilots had been retrained on the MAX 8 following the Lion Air crash.

“There is very significant similarities on the two accidents. There are a lot of questions to be answered on the airplane,” he told CNN.