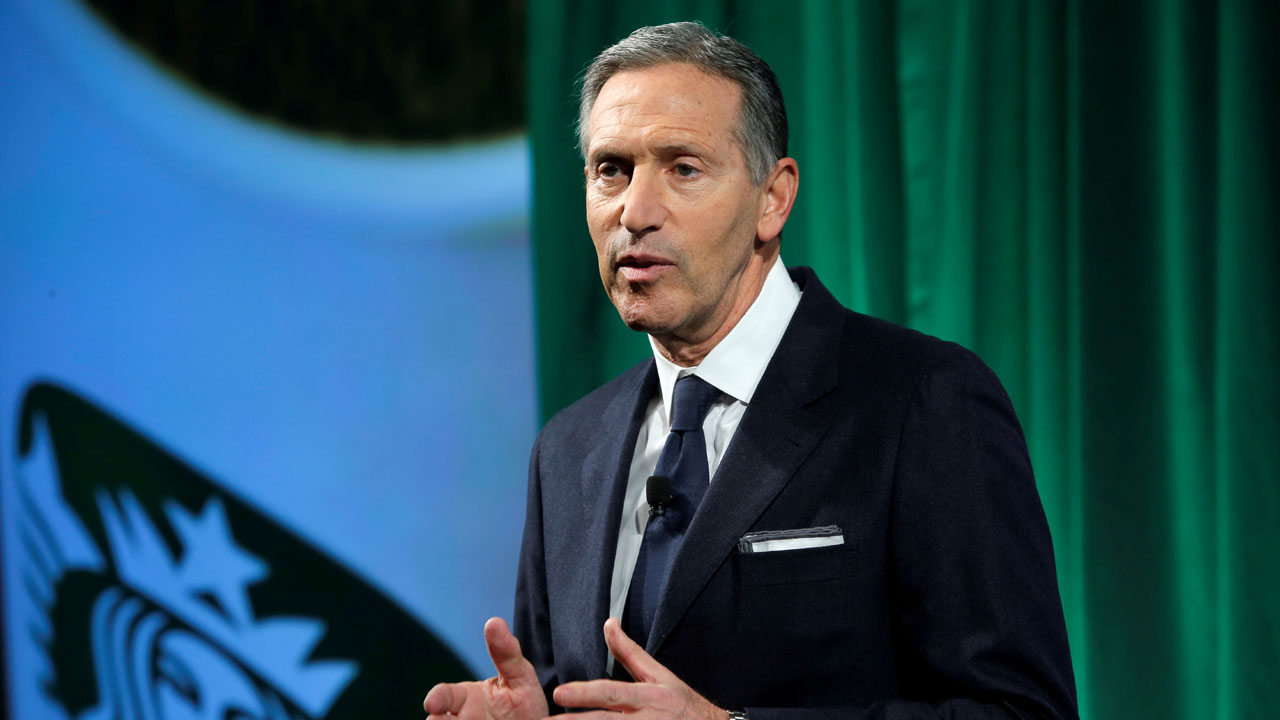 Billionaire former Starbucks CEO Howard Schultz said in a TV interview that he is looking into running against Donald Trump in 2020 as an independent presidential candidate.

The self-described “lifelong Democrat” said he “will run as a centrist independent outside of the two-party system.”

According to Schultz, 65, “We’re living at a most fragile time.”

Not only is Trump “not qualified to be the president,” but Republicans and Democrats “are consistently not doing what’s necessary on behalf of the American people and are engaged, every single day, in revenge politics.”

Schultz grew up in a working-class neighbourhood in New York City but made his fortune when he moved to the northwestern state of Washington in the 1980s and built Starbucks into a global coffee shop behemoth.

Schultz blamed both parties for the country’s $21.5 trillion debt, which he portrayed as “a reckless example” of the “failure of their constitutional responsibility.”

Schultz dismissed fears that his bid could split the opposition vote and result in a second term for Trump.

At least one Democratic presidential hopeful, Texan Julian Castro, told CNN that if Schultz runs “it would provide Donald Trump with his best hope of getting reelected.”

According to Castro, “I don’t think that would be in the best interest of our country.”

While third-party candidates in US politics often face insurmountable odds, they have played the role of spoilers.