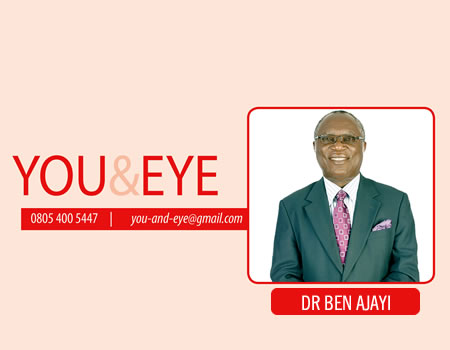 When I informed my friend I was going to attend a Miss World beauty pageant, he was somewhat surprised that I could find time for such an absurd and foolish venture. “Must you waste your precious time over such mundane shows?” He had asked.

“What’s fascinating about watching women half-naked and strutting like caged animals in the zoo? You can spend the time watching good soccer on the TV. I believe that would be more pleasing to your eyes and more dignifying for your person,” he added, unable to conceal his disgust with my choice of activity.

“Do you think everyone who goes to a place of worship goes to pray?” I asked politely, trying to stir up his memory. “What else would they do in a place of worship?” He asked in return. I stared at “Showboy,” as we called him in those days, and shook my head in utter disbelief. Times have changed! We all thought Showboy was lost. Now he is pontificating! He’s now a different person.

I remember our university days, how Showboy, the atheist, one Sunday morning, had announced gleefully that he was going to the church with us. Little did we realise that he had ulterior motives. It was after we got to the church that he informed us that he had come because he was told a particular girl he wanted to date would be at the church!

“Showboy,” I replied, “Wait until I come back from the beauty competition and I will tell you the reason  I have taken such keen interest in it.” I knew I wasn’t attending the pageant to look at beautiful faces! I was going there specifically to see eyebrows on a parade! The beauty contest would afford me the opportunity of completing my research on female eyebrows and the various modifications to them by means of hair addition, removal, make up, or piercings.

Several months before, I had asked a student what he knew about eyebrows. He was blank. Another had told me it was just for decoration and women shaped it in various ways to enhance their beauty. Thus, I had been primed for a study on eyebrows. Armed with a camera, I would video the faces of the beauty queens with special focus on their eyebrows. But first I had to explain to them what an eyebrow was and its functions.

“The eyebrow is an area of thick, delicate hairs above the eye that follows the shape of the upper margin of the bony cage of the orbit housing the eyeball. Do you know its functions?” I had asked, least expecting any relevant answer. I wasn’t disappointed! No one in the audience knew the function of eyebrows.

“The main function of eyebrows is to protect the eyes,” I told them. “What protection would these redundant hairs offer?” someone had asked. “Think! Think about the location of the eyebrows in relation, to the eyes. Why are they located on the forehead?” I had nudged them for an answer. Again they had drawn blank. So I had to come out with the answer. Imagine you are in a hundred meters’ race; you’re just a few meters to the finish and you’re about to overtake the leading competitor, just then, your sweat is trickling down your forehead; the salty sweat enters your eyes and stings; you lose focus and your dream of becoming a world champion is lost!

This is prevented from happening because the eyebrow hairy tufts soak up your salty sweat so that it wouldn’t enter your eyes. They also trap raindrops trickling down the forehead forcing them to run down the sides of your face so that your vision stays clear. They are the window hoods of your eyes!

My mind went back to Showboy and his message. “Do I really need to be physically present at the Miss World beauty contest to conclude my research?” I’ll follow his advice. In these days of digital TV, I will probably have a better view of the stage than those in the theatre. I won’t have to compete with other amateur photographers and the paparazzi and no one would raise eyebrows with my fascination with eyebrows. I’ll change my plans. Now I will sit in front of my digital TV and armed with an electronic recording device conduct my study in the comfort and quiet of my home, far from the usually euphoric crowd. Then one day, I’ll present my findings to ‘You and Eye.’