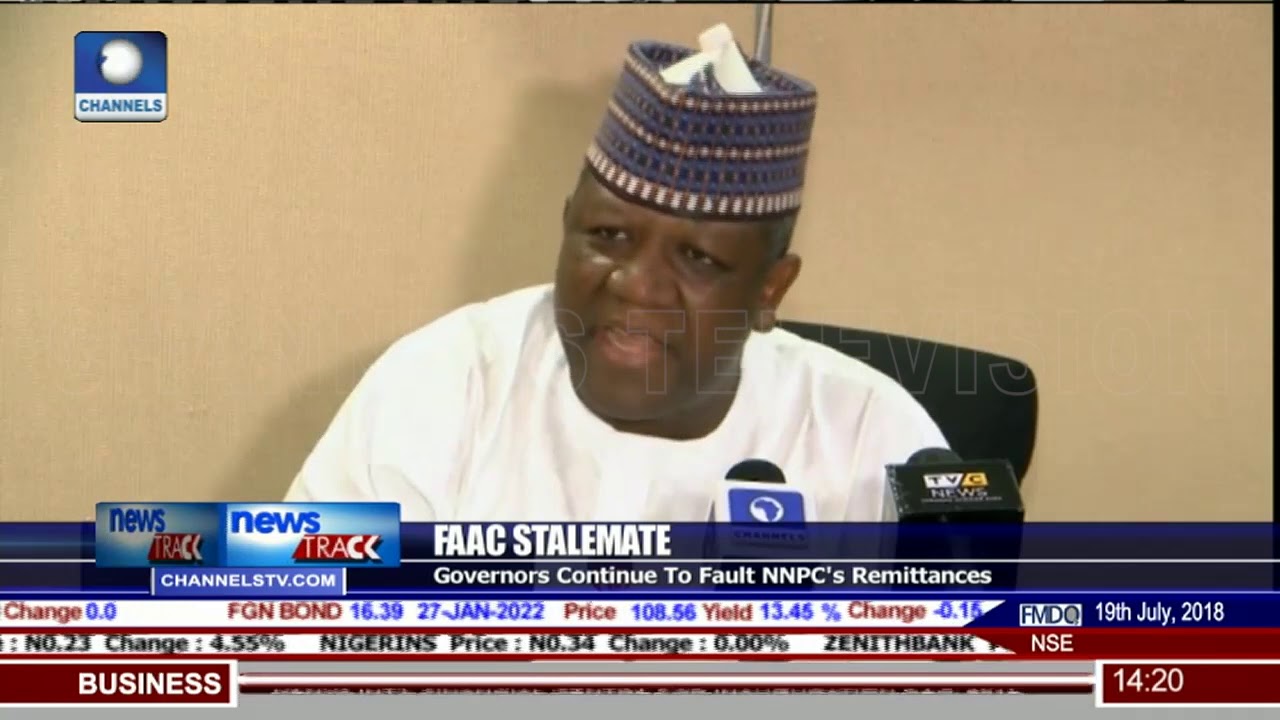 The controversy that trailed the impasse in the Federation Accounts Allocation Committee (FAAC) three weeks ago is far from ending as the matter takes a new dimension.

The issue formed one of the major discussions at the meeting of the Nigeria Governors Forum (NGF) held on Wednesday night in Abuja, the nation’s capital.

Briefing reporters after the meeting, Chairman of the Forum and Zamfara State Governor, Abdul’Aziz Yari, insisted that the remittances from the Nigerian National Petroleum Corporation (NNPC) were inaccurate.

He said the governors resolved that until the NNPC corrects the discrepancies in the amount remitted to the Federation Account, the states would not share the money.

“We have seen irregularities in numbers and discrepancies in numbers, saying that ‘you are taking subsidy – a subsidy of N88billion’; but you clearly stated that N31billion is for the month of June and N57billion is for payment of 2007 or 2017 subsidy, which is not acceptable,” Governor Yari noted.

He argued that the NNPC cannot deduct funds from the Federation Account at its discretion unless it gets the approval of the President or the National Executive Council (NEC).

The NGF chairman, however, pointed out that such was not the case in this instance and even if it was, the governors have a right to disagree or agree with such approval.

They also queried the amount that the NNPC claimed to have used for the payment of petroleum subsidies.

NNPC had remitted N147billion into the Federation Account in May, but the governors faulted the amount and asked the agency to return the funds it deducted.

They described the amount remitted as a far cry from expected revenue, noting that the said amount does not reflect the current economic realities and prices of oil in the international market.