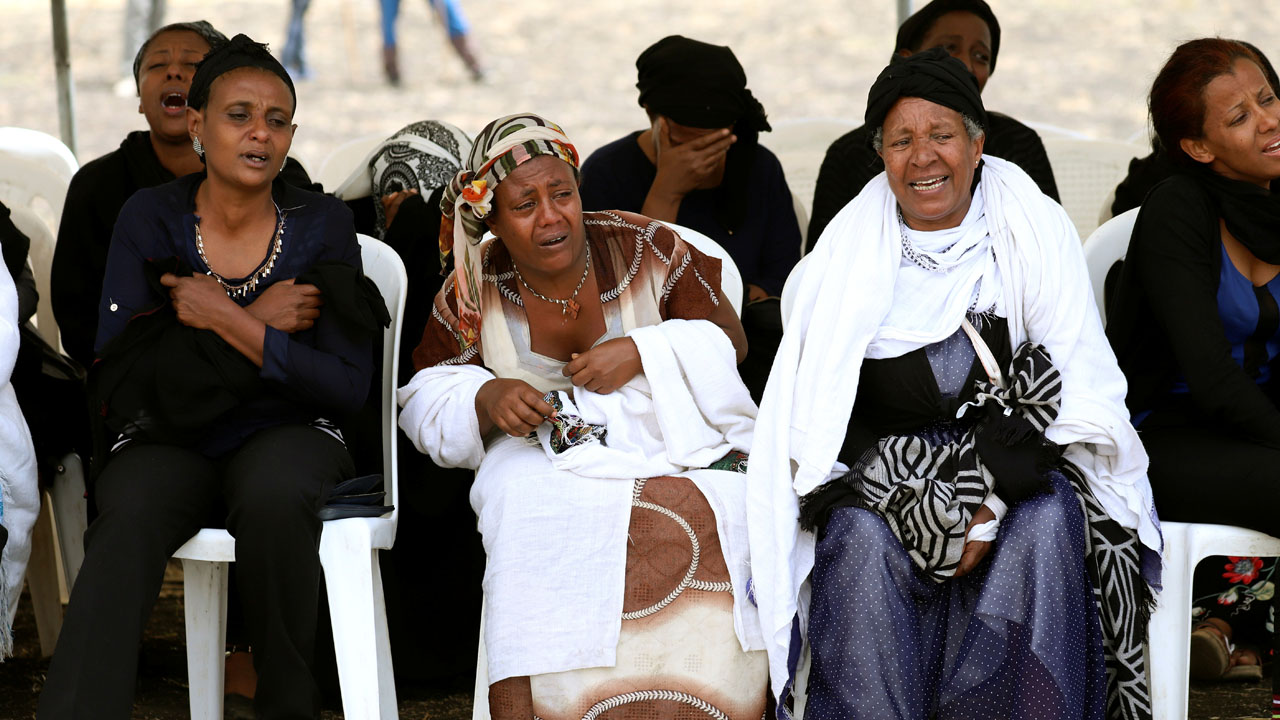 Couples held each other, slumped forward in their chairs and gazing downwards.

Some men held their heads in their hands, while women in headscarves leaned for comfort against the chests of their relatives.

They said they wanted more “transparency” from the airlines and more details of Sunday’s accident.

An airlines staff member replied that the crash was under investigation and that more details were emerging day by day.

A stoic man in a dark coat said he was steeling himself for the three-hour journey to the crash site.

Tewfik Ahmed, 39, was raised by the father of Ahmed Nur Mohammed, the deputy pilot of ET 302.

Tewfik travelled from his home in the south of the country to pay his respects.

“Ahmed was the pride of the family, heading to the site is the least I can do for him,’’ he told Reuters, seated alongside several other mourners.

All 157 passengers and eight crew aboard the flight were killed when their Ethiopian Airlines Boeing 737 MAX 8 crashed six minutes after taking off from the high-altitude capital of Ethiopia.

The nation of 105 million people has long been proud of its state-owned airlines, its most successful company and the only profitable airline in sub-Saharan Africa.

Nine Ethiopians were killed in the crash, along with 32 Kenyans, 18 Canadians, eight people each from China and Italy and a total of 35 nationalities were on board.

The mourners gathered at the Ethiopian Airlines-owned Skylight Hotel near Bole International Airport, while some held up framed photographs of young loved ones.

The room filled over the course of a half hour, becoming a packed, makeshift grieving centre.

An Ethiopian Airlines staff member, also wearing black, told the mourners it was offering them free accommodation, she said the company would provide counselling.

The staff members were flanked by bouquets of white roses and white candles.