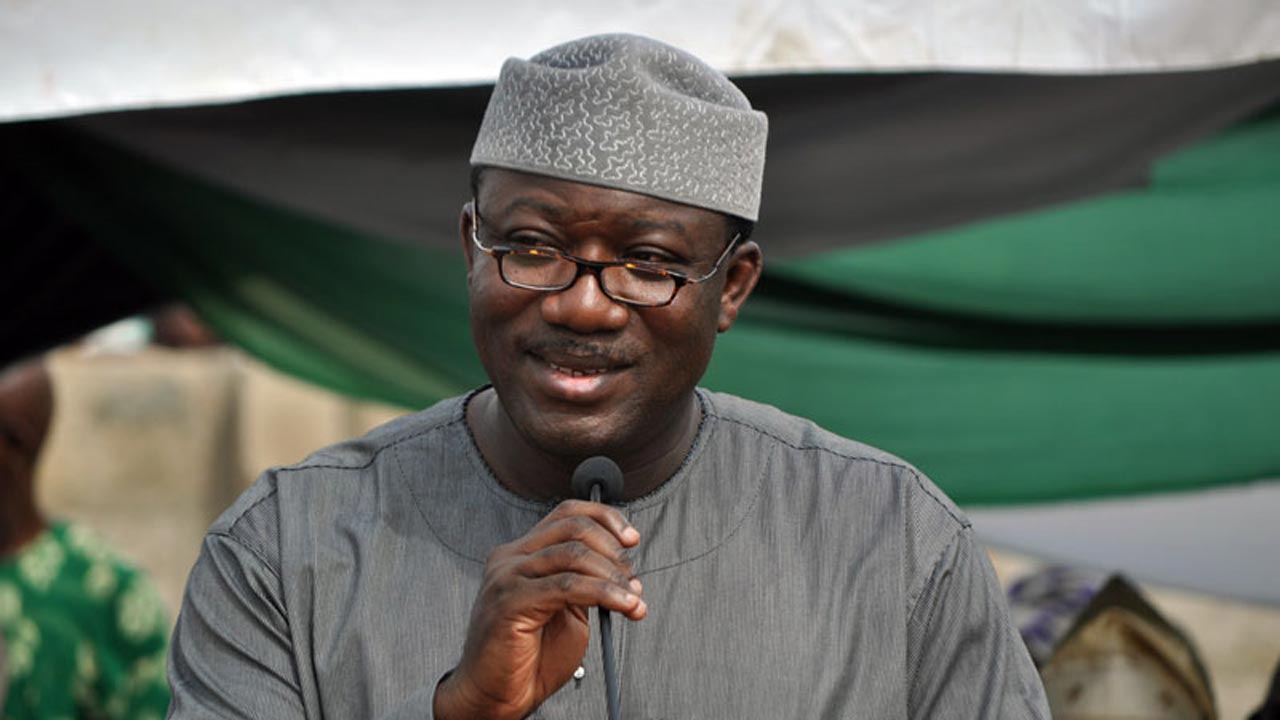 Governorship candidate of the All Progressives Congress (APC) Dr. Kayode Fayemi has asked the court to set aside its order over substituted service of his appearance in alleged fraud case.

The state government had filed the suit against Fayemi and a former Commissioner of Finance, Dapo Kolawole, seeking to indict them in the alleged corruption charges.

Justice Cornelius Akintayo had on May 28, ordered the substituted service, following the inability to effect the service off court.

Government had also issued a White Paper, which indicted Fayemi and Kolawole in the alleged fraud, while in office between 2010 and 2014.

Following their indictment, they were barred from holding public office for 10 years, as recommended by the Judicial Panel of Inquiry set up to investigate their tenure.

Balogun said he was appearing “in protest” for the ex-minister and his commissioner on the grounds that his clients were not properly served before the court gave the last ruling.

He added that the only recognised substituted service by the relevant law is by affixing the summons, or other processes at conspicuous place or premises of the person to be served.

Opposing the application, Olanipekun told the court that he had filed a four-paragraph counter-affidavit on June 27, supported by three exhibits.

Olanipekun said the motion earlier moved by Balogun was supported by affidavit deposed to by Kolawole, who put his address as Igbehinadun Street, Iloro-Ekiti.

He described the defendants’ application as misconceived and an abuse of court process, arguing: “once an order is executed, it cannot be set aside.” Justice Akintayo adjourned the case till July 11 for ruling.

Faparusi, who stated this in a statement in Ado Ekiti, urged the people to reject Fayose’s evil continuity agenda, adding that the plan would further debase Ekiti morally and financially, as well as injecting the culture of mediocrity into governance.

But, the Commissioner for Information, Lanre Ogunsuyi, dismissed the allegation, restating that Fayose has not committed Ekiti to any form of indebtedness since he came on board.

He added: “I won’t blame them on the strength of their past records. When Fayemi was in government, he borrowed N5 billion from EcoBank, six weeks to the June 21, 2014 election.