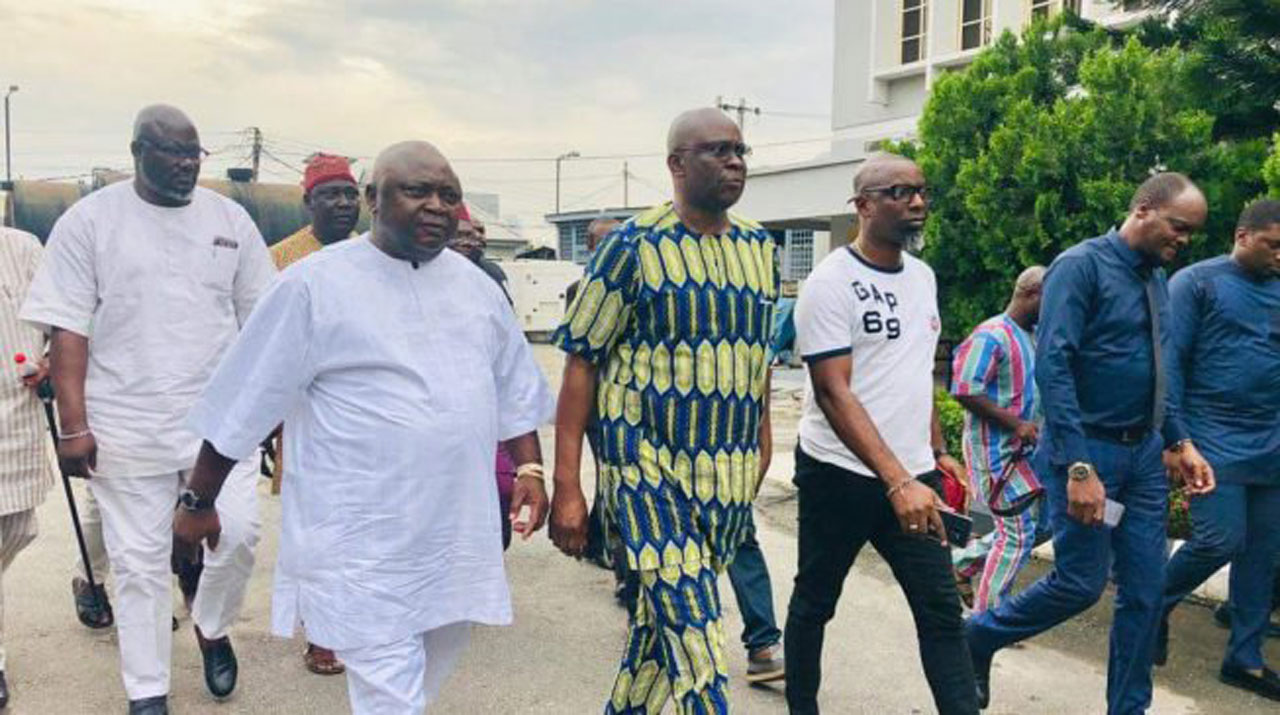 Former Governor of Ekiti State, Ayodele Fayose, yesterday regained his freedom after fulfilling the terms of his bail conditions.

He is expected to return for the continuation of his trial on November 19, 2018.

His spokesman, Lere Olayinka, shared the news on his Twitter handle, @OlayinkaLere.

It reads: “Fayose just regained his freedom. He left the Federal High Court, Ikoyi, a few minutes ago. We will meet @officialEFCC at the court from November 19. Thank you Nigerians.”

Justice Mojisola Olatiregun had last week granted Fayose N50 million bail and ordered him to deposit his passport with the court as part of his bail conditions.

Meanwhile, Fayose has said that his tenure immensely benefitted the people of the state just as he advised the Anglican Bishop of Ekiti Diocese, Rt. Rev. Christopher Omotunde, to remove his cassock and mount the soapbox so that the whole world would know that he has joined politics.

Omotunde had while delivering a sermon in Ado-Ekiti at the weekend described the tenure of Fayose as “four wasted years in which life became unbearable for the people and in which hunger ravaged the land without any concrete effort to alleviate people’s poverty.”

According to him, “the Peoples Democratic Party (PDP) had a golden chance to make a difference in the lives of Ekiti State residents but abused the opportunity to the extent that the people became slaves under them.”

But Fayose, in his reply to the cleric through his Chief Press Secretary, Mr. Idowu Adelusi, said only a cleric trying to justify the blatant rigging of the last Ekiti State governorship election by the All Progressives Congress (APC) would describe the physical transformation of Ekiti by the Fayose administration as a waste.

“Even the blind feels the good works of Fayose and perhaps Bishop Omotunde and the likes need to change their eye glasses to see well.

“The records of the Fayose administration are there for all to see. It organised an education summit that led to great improvement in education in the state. Ekiti State came first back-to-back in NECO exams and we also did well in WAEC. These are public institutions and the records are there for Omotunde to peruse.

“The Fayose administration built the first flyover in the state and it passes besides Omotunde’s church. One wonders if the bishop closes his eyes whenever he drives or passes through that place. If he does not, we pray that God opens his spiritual eyes.

Adelusi then said Fayose does not owe the cleric any apology for criticising the obnoxious policies and indecisions of the President, which have brought untold suffering on Nigerians.