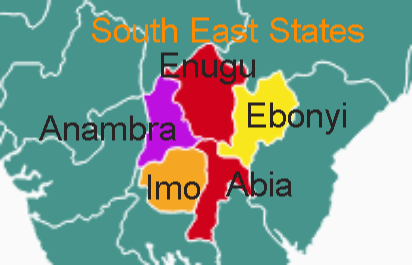 But the Federal Government was quick to rebut this as both the Minister of Information and Culture, Alhaji Lai Mohammed, and his Power, works and Housing counterpart, Babatunde Fashola, said it was an unfortunate claim from governors who are aware of government’s intervention in the region.

This is even as the Senate alleged that the major cause of the friction between it and the Executive arm was the funding of projects, mostly constituency projects, since the National Assembly appropriated funds for them.

The South East governors said they were interested in the 2017 approved budget because it was linked with the 2017-2020 Economic Recovery and Growth Plan of the present administration.

The governors bared their minds through the Director General of South-East Governors Forum, Prof. Simon Otuanya, who presented a monitoring report on performance of the 2017 federal capital budget in the South East.

Otunaya said:  “The capital projects implementation in 2017 did not fare well at all in South East states.

Speaking in the same forum, South-East Senate Caucus Leader, Senator Enyinnaya Abaribe, stated: “Our major challenge in the National Assembly is the fight with the Executive arm on zonal intervention projects.”

He noted that the reason budgets don’t perform was the fact that “there is a mismatch of the needs of the people to what somebody else wants, just to impress somebody else.”

Abaribe said the report was necessary to show the world that the National Assembly members put in enough effort in oversight of the implementation of projects.

He also noted that South-East senators were united on one purpose which was reason Senator Ike Ekweremadu had remained as the Deputy Senate President for some time.

“I was approached to topple Ekweremadu but I told them that such was not the reason we went to Senate, to struggle for leadership,” he said.

Reacting to the South East governors’ claim yesterday, the Minister of Power, Works and Housing, Mr. Babatunde Raji Fashola, said the allegation was not true, noting that the Federal Government has executed many projects in the South-East.

Fashola, who spoke through his Special Adviser on Communications, Mr. Hakeem Bello, said:  “They are talking politics. The allegation is not based on verifiable facts.

“These projects are located in the nation’s six geo-political zones, including South-East that has four major road schemes.

‘’Specifically, each of the geo-political zones of the country has received the sum of N16.67 billion for road projects.”

The document sent to Vanguard last night by the ministry indicated that on-going projects in the South East include:

The document further showed that the projects were at the level of ‘’asphaltic concrete surface.”

The Minister of Information, Alhaji Lai Mohammed, said it was unfortunate that such claim was coming from the South-East governors who knew about the federal government’s intervention in the region.

Mohammed said that contrary to the claim by the governors, the federal government, under President Muhammadu Buhari, had taken a pragmatic steps to provide ànd rehabilitate infrastructure in the South-East since coming to power in 2015.

“There is a verifiable record of provision of key infrastructure in the South East ànd we are going to formally release it for the benefit of all Nigerians,” the minister said.