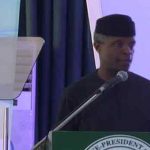 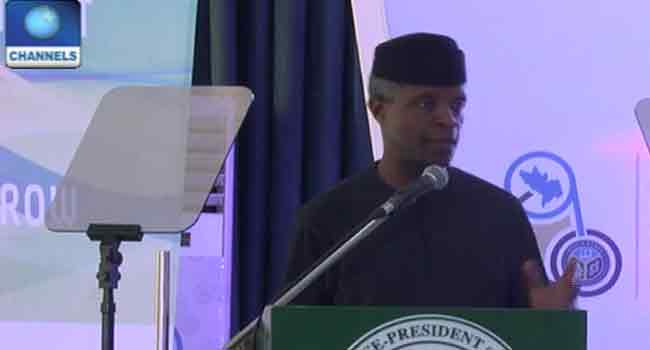 Vice President Yemi Osinbajo has said that the Federal Government has resolved all legal issues that have halted operations at the Ajaokuta Steel Company.

He made this known in Kogi State on Tuesday during the State Economic and Investment Summit in 2018.

Work seems to have been grounded in the national steel company that has gulped billions of naira by successive administrations since Nigeria returned to democracy in 1999.

“We have now resolved the legal issues holding down work in Ajaokuta at the Ajaokuta steel complex, just as the Honourable Minister has said,” Professor Osinbajo told the audience at the summit.

He is of the view that Kogi plays a strategic role in the country for being the largest producer of cashew and also in rice production in the country.

He reiterated the support of the Federal Government to the state as he highlights some of the state’s roles in the central region of the country.

“Our recognition of Kogi is not misplaced – your host to the biggest steel industry in Nigeria, the Ajaokuta Steel Company, and one of the largest cement factories in Africa, the Dangote Cement Company in Obajana, and also the highly prolific Jakura marble factory,” said Osinbajo.

In his earlier remarks, the Minister of Solid Minerals Development, Dr Kayode Fayemi, explained why people perceive work had been abandoned at the Ajaokuta Steel Company.