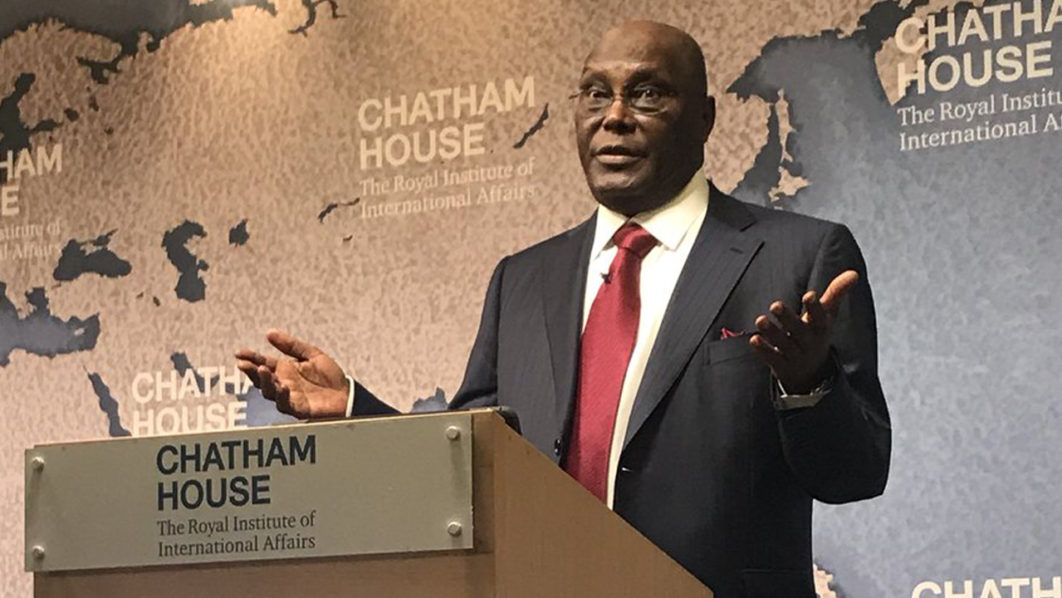 A pro-Abubakar Atiku support group has accused the Federal Government of planning to frame Former president, Atiku Abubakar for the killings by suspected herdsmen.

The Secretary-General of Atiku Renaissance Group Awwal Tahir said it received intelligence report from Defence Intelligence Agency source who claimed that top politicians within the presidency plan to link Abubakar Atiku to recent killings in the country.

“On June 25th, 2018, we received intelligence report from trusted personnel of the Defence Intelligence Agency (DIA) of a grand plot by top politicians within the Presidency to link the unabating herdsmen attacks across the country to former Vice President Atiku Abubakar,” Tahir said in a statement on Thursday.

“However, we were presented with documents detailing the same plot by personnel of another intelligence agency last week.”

President Muhammadu Buhari recently said some politicians may be behind some the killings in the country. He, however, did not mention any names.

Atiku, a former Nigeria’s vice president is expected to stand against President Muhammadu Buhari in the next general elections. A source close to his campaign organisation said he may kick off his campaign on July 21.

Tahir noted that the DIA source also provided all documents regarding the plans against the 2019 presidential aspirant, but it decided to “keep calm not to heighten tension-soaked political atmosphere.”

He described the alleged plot as “obnoxious, the height of crude politics, a decimation of our societal values and conscious assault of our hard earned democracy.”

He urged the Nigerian government to find solution to issues of attacks in the country rather than planning to frame Atiku.

“We believe that if the Federal Government takes so much time and resources deployed into perfecting this evil endeavour to proffer solutions to the consistent attacks across the country, the lives of Nigerians would have counted for something,” Tahir said.