You are here
Home > bayelsa > FG yet to fulfill promises to flood victims after VP’s visit, says Dickson 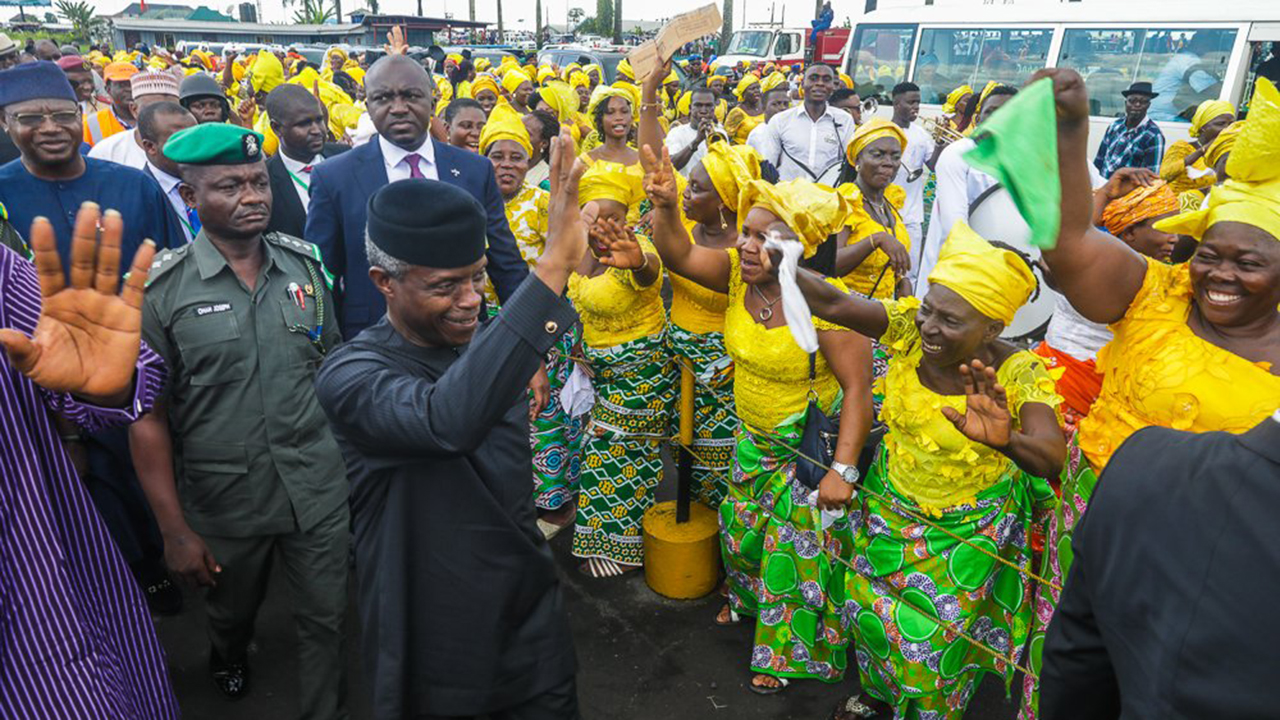 Prof. Osinbajo visited areas in Rivers and Bayelsa states affected by flooding. He visited IDPs camps in various local governments of each state, to meet people affected by the floods and deliver the Federal Government’s message of hope and restoration. TWITTER/ProfOsinbajo

Bayelsa State Governor Seriake Dickson has reassured persons displaced by floods that his government was making efforts towards assisting them to return to their homes as the deluge recedes.

He gave the assurance at the weekend when he led government officials to pay unscheduled visits to some internally displaced persons (IDPs) camps and flood affected communities across the state.

The governor has also, in a statewide broadcast, lamented that the Federal Government, apart from 300 bags of rice, has yet to respond with relief materials to the victims, a week after Vice President Yemi Osinbajo’s visit to the flood ravaged communities, stressing: “In terms of food supply, medical supply, nothing yet received from the Federal Government.”

Dickson who interacted with the IDPs lauded their courage in weathering the untold inconveniences the flooding foisted on them.

He remarked: “But the state government does not have the money to compensate flood victims. No government can do it because it is not only those of you in IDP camps that are affected. It is the entire state. You know, I don’t promise what I cannot fulfill.

“However, we have all your records, so what I will promise is that, when the flood has receded to a bearable level, we will come back to address you and then I will approve a little money that will assist you return to your homes and communities”

According to him, his administration was poised to kick-start flood prevention projects in strategic locations across the state.

And there was excitement as Heritage Energy Operational Services Limited (HEOSL), operator of the Nigeria Petroleum Development Company (NPDC) /Shoreline Natural Resources Limited JV Partnership, has on behalf of the joint venture partners has donated relief materials worth millions of naira to some communities in Delta State hit by flood disaster.

Presenting the relief materials which include medical supplies, matrasses, blankets, mosquito nets, rain boots, plastic buckets, jerry cans, bags of rice, garri, palm oil, groundnut oil, Indomie noodles, detergents, among others to the victims, the External Affairs Manager of HEOSL, Mr. Okoh Sylvester, lamented the extent of damage caused by the flood and the untold hardship it has brought to them.

He stated that HEOSL intervened as government and disaster management agencies alone cannot handle the situation.

The victims of the flood disaster were full of joy and excitement as they saw several trucks of relief materials arrive the IDP camps and communities. In some of the communities, the flood victims sang praises of HEOSL and prayed God to bless the company.