The original trophy to be handed over to the 2018 FIFA World Cup-winning team at the Luzhniki Stadium in Moscow on July 15 will arrive in Nigeria on Wednesday.

The Nigeria Football Federation (NFF) said on its website on Tuesday that the trophy will arrive at the Nnamdi Azikiwe International Airport in Abuja aboard a chartered flight at 11 a.m.

The trophy is on a tour of 91 cities in 51 countries across six continents before the 21st FIFA World Cup.

The competition is scheduled for June 14 to July 15 in Russia.

Also Read: ‘It Will Be A Big Challenge Leading Nigeria To The World Cup,’ – Mikel Obi

The federation said the Minister of Youths and Sports, Solomon Dalung, and the ministry’s Permanent Secretary, Olusade Adesola, the NFF President, Amaju Pinnick, and several others will receive the trophy.

“From the airport the trophy, accompanied by several other officials, will make its way to the Transcorp Hilton Hotel for a press conference to be addressed by Coca-Cola officials. 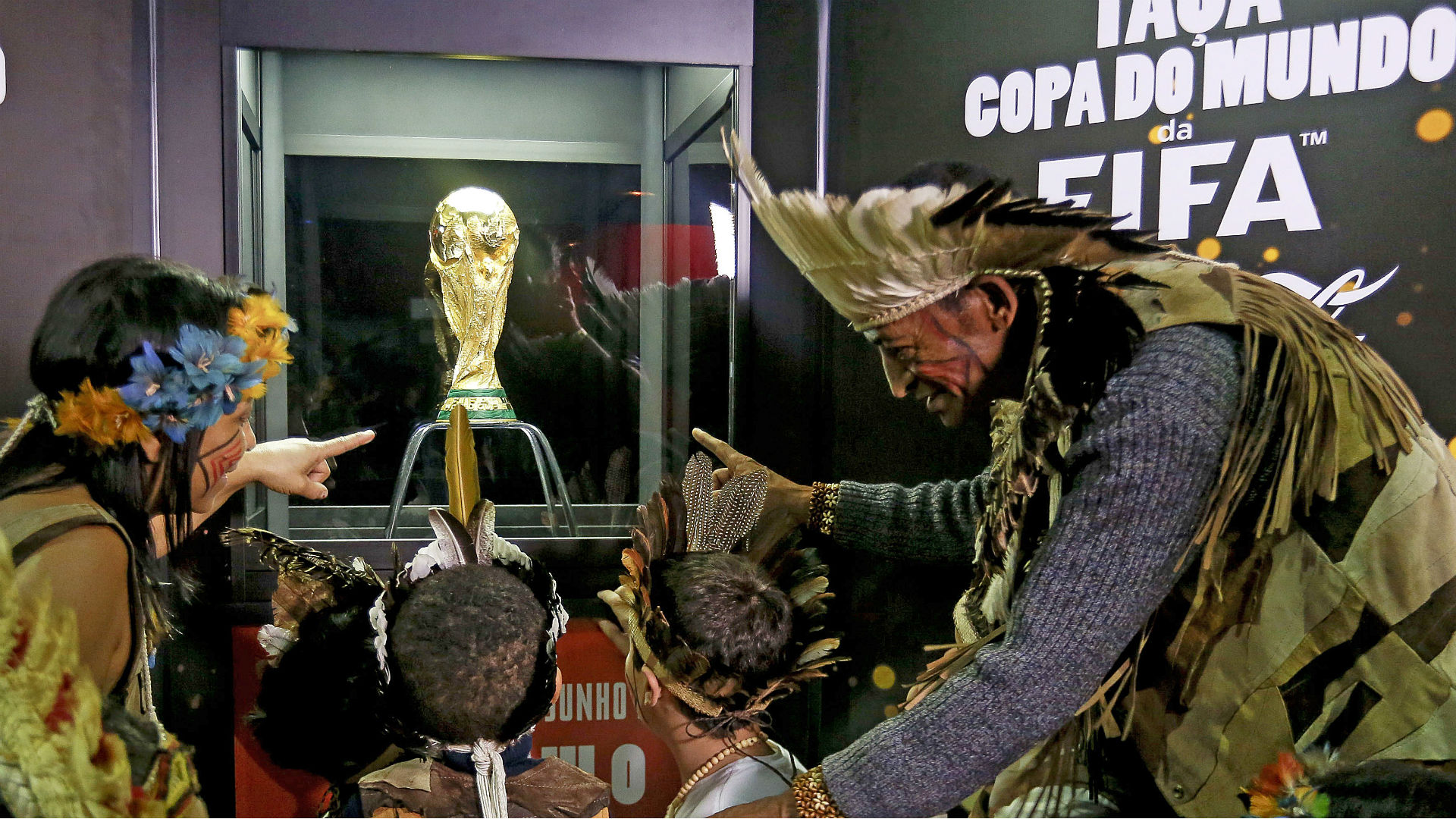 “It will then be on its way to the Aso Rock Presidential Villa, where President Muhammadu Buhari will have a feel of the trophy and deliver a welcome remark,’’ the NFF said.

On Thursday, a whole-day consumer viewing of the trophy is planned for the Old Parade Ground in Abuja.

The trophy and its accompanying team will then fly into Lagos on Friday morning, to be received by Governor Akinwunmi Ambode and NFF First Vice-President, Seyi Akinwunmi.

There will be a consumer viewing of the trophy at the Tafawa Balewa Square on Saturday, before the trophy departs Nigeria in the evening.