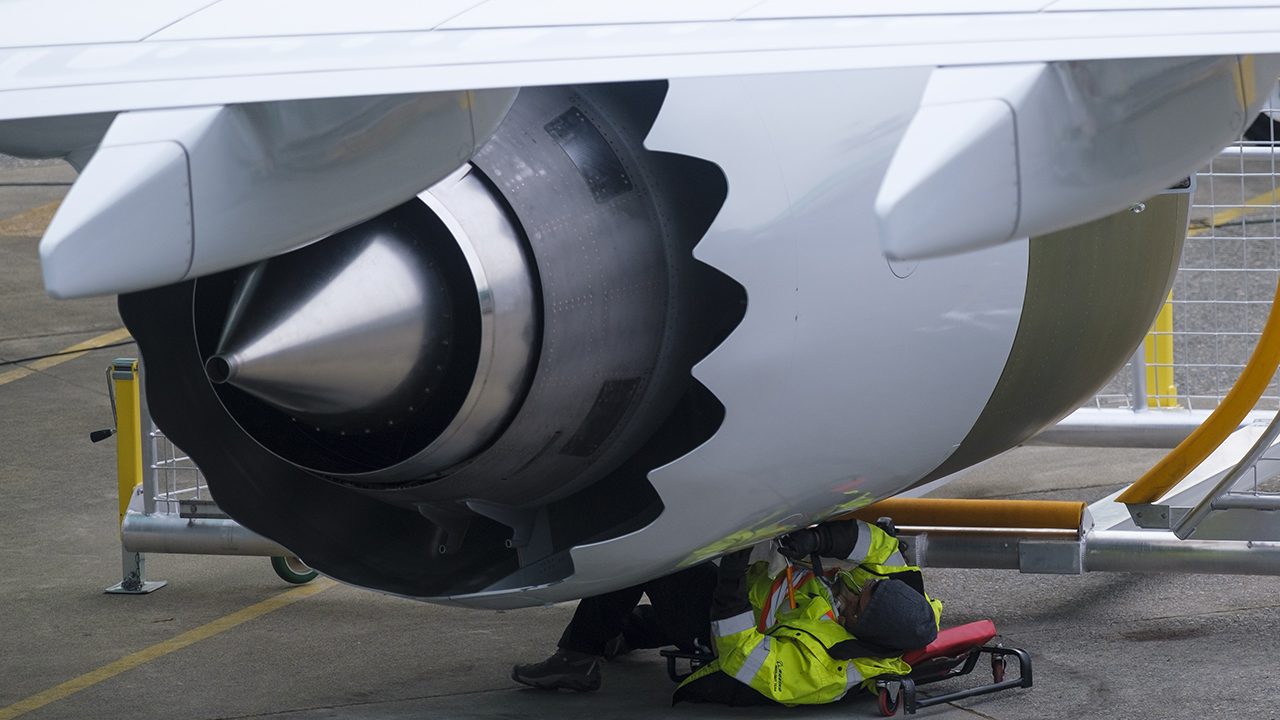 FILES – MARCH 14: An employee works on the enginve of a 737 MAX 9 airplane outside of the company’s facotry on March 14, 2019 in Renton, Washington. The 737 MAX, Boeing’s newest model, has been been grounded by aviation authorities throughout the world after the crash of an Ethiopian Airlines 737 MAX 8 on March 10. Stephen Brashear/Getty Images/AFP

The sources said Boeing was due to present the patch to officials and pilots of US airlines American, Southwest and United in Renton, Washington state, where the craft is assembled.

“Boeing has already finalized the necessary corrective measures for the MAX,” an industry source told AFP on condition of anonymity.

The upgrade has yet to be approved by the Federal Aviation Agency, one of the authorities that grounded the 737 MAX after two deadly crashes in five months, the latest in Ethiopia on March 10.

American Airlines and Southwest pilots were set to test simulators with the updates on Saturday, according to the sources.

The FAA had given until April for Boeing to make the necessary changes to this critical anti-stall system.

The accidents on Lion Air in Indonesia and Ethiopian Airlines, which killed 346 people between them, have raised major concerns about the safety certification of the 737 MAX 8 model.

Investigators have honed in on the MCAS automated anti-stalling system designed to point the nose of the plane downward if it is in danger of stalling.

A spokesman for United Airlines, whose fleet includes 14 of the 737 MAX 9 planes, confirmed the company’s attendance at the training session.

Southwest and its SWAPA pilots union “have subject matter experts from our Technical Pilot Team and Training Teams headed to Boeing to review documentation and training associated with the modification to the B737 speed trim system,” a spokeswoman said.

The company is one of the biggest 737 MAX 8 customers, owning 34 of the planes.

In addition to the software updates, the sources said Boeing has also finalized updates to its instructions and pilots’ training manual.

“We have been engaging with all 737 MAX operators and we are continuing to schedule meetings to share information about our plans for supporting the 737 MAX fleet,” a Boeing spokeswoman said, declining to confirm the timeline for the changes.