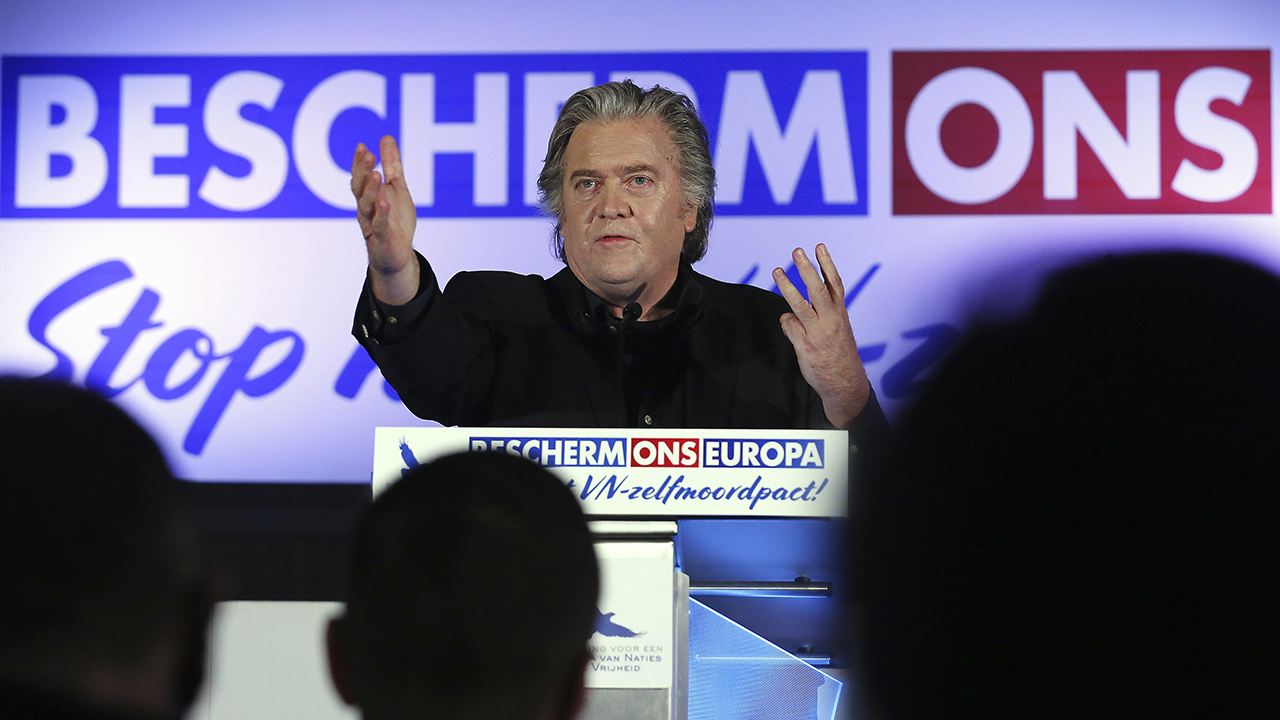 Former White House Chief Strategist US Steve Bannon delivers a speech during an anti-immigration meeting organised by the Flemish far-right party Vlaams Belang at the Flemish Parliament in Brussels on December, 8 2018. (Photo by NICOLAS MAETERLINCK / BELGA / AFP) / Belgium OUT

Belgium’s Flemish nationalist party said on Sunday it will quit the ruling coalition, leaving Prime Minister Charles Michel as the head of a minority government after a row over a UN migration pact.

Interior Minister Jan Jambon of the New Flemish Alliance (N-VA) confirmed on Sunday that he and the party’s other ministers would step down.

The decision means Michel will lead a minority government for the five months before parliamentary elections scheduled for late May.

He will now have to appoint ministers to replace those held by the N-VA — which had been the largest of the coalition’s four parties — including the interior, finance, defence and migration portfolios.

In power for four years, the coalition has often been riven over the N-VA’s anti-migration positions.

Party leader Bart De Wever issued an ultimatum to Michel on Saturday night, suggesting the N-VA would leave the coalition if the prime minister flew to a UN conference in Marrakesh on Sunday to endorse the pact.

Michel stood firm, saying he would represent Belgium in Marrakesh as the “head of state of a responsible coalition”.

A last-gasp cabinet meeting was held late Saturday, but failed to overcome the differences between the parties.

The non-binding UN accord, which would promote a common global approach to migrant flows, has become a cause celebre for European anti-immigration parties.

It was initially supported by all four parties in Belgium’s coalition, but the N-VA changed its mind in late October.

The crisis had been rumbling for several weeks before bursting into the open on Tuesday when Michel, a liberal, turned to parliament after failing to unite his government behind the pact.

The N-VA and the far-right Vlaams Belang party voted against the accord.

The draft UN pact lays down 23 objectives to open up legal migration and better manage a global flow of 250 million people, three percent of the world population.

The United States dropped out of talks on the pact last year and countries such as Hungary, Austria, Poland, Bulgaria, Slovakia and Australia have rejected it.