You are here
Home > Demola Olutusin > ‘For the country to move forward, we need to be patient and patriotic’ 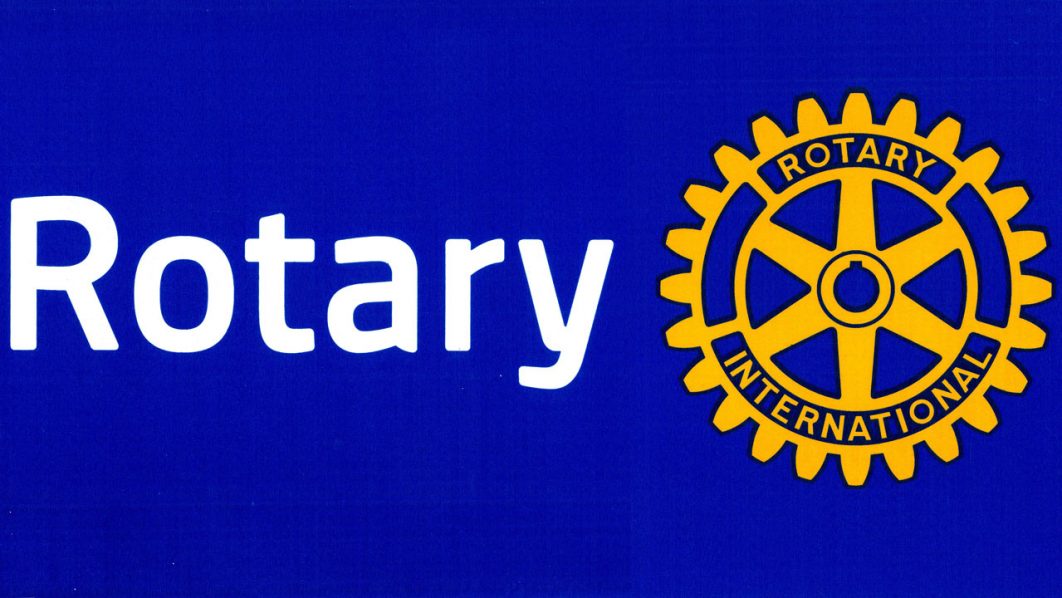 Demola Olutusin is the Managing Director/Chief Executive Officer of Denos Insurance Brokers Limited. He is the current president of Rotary Club of Gbagada South. The pacesetter President for 2017-2018 Rotary Year spoke to DEBO OLADIMEJI on his selfless service to humanity as a Rotarian and how he has been helping to build a better society

WHY did you join Rotary?

Let me be sincere here. Actually, I have this mind of giving.

And I believe with the little I have, I can still spare some to make the society a better place for everybody to live.

I have been doing that for my old school, I donated some items to the boys’ hostel. That is Oriwu College, Ikorodu.

I happen to be one of the members of the board of trustees.

While doing this, I met an old student too who is a Rotarian, Muyiwa Onabanjo. He was the president of his club during that year.

I was trying to see if I could travel out of the country.

And I was told that Rotarians travel a lot.

Sincerely, if you want to be a good Rotarian you must have the heart of giving. Which is very essential.

In Rotary you give without expecting anything in return. That is service above self.

That year, Rotary was to do their annual convention in Chicago or Colombia. So I put in for visa.

The question that the consular officer asked was that: Are you a Rotarian?

I said yes. He asked: For how many years. I said six months. The lady just looked at me and said, ‘I am not going to give you visa.’

When I went back to my club, I was stitched to Rotary because it is something I like.

Although I couldn’t travel that year, but I have travelled to the US and to England, after I became a Rotarian.

I have never attended any Rotary international convention except this one that I am about to attend as the president of my club.

If I am giving the visa I would be in Canada.

Within that short time of journey, my members saw the leadership potentials in me.

I was voted in as president. Today, some of them call me a game changer. Because of the kind of roles I am playing.

Ever since I took over on July 1 2017, my boss and I have done close to 26 projects within six months and I still have like five months left to hand over to the incoming President

Why did you want to leave the country the time you joined Rotary?

If I had travelled that time I would not have come back. Then, there were a lot of challenges. I was working in Nigeria Re -Insurance.

I wanted to check out. But to God be the glory, I will just say thank God for not allowing me to sneak out then, may be by now, I would have been washing dead bodies. No regret!

The message I am sending out is that you should be focused. Set your goals and be patient.

I travelled later for pleasure. I have travelled to the US about three times with my family and to England three times and there is nothing special.

I have a valid U.S. visa since April last year. I have not used it.

We just need to be patient and be patriotic enough to move the country forward.

What are the projects that you are focusing on?

In Rotary, we have areas of focus. Like Peace and Conflict Resolution Month. We are to organize seminars within our community on the subject matter. Another one is Disease and Prevention Control.

This is particularly on education and how to reduce the level of illiteracy within our community.

Recently, we gave exercise books and textbooks to the primary schools in Ijede.

We partner with Ijede Development Foundation. We gave them exercise books.

We encourage the children in public schools by donating N100,000 as a scholarship to the indigene of that community in higher institutions.

Let me give you an example, there is a bigger project we won. This was about $66,000 project.

We are building a block of 16- toilet water treatment plant at a school in Oworo. Out of the money, my club donated just $2000.

We got the money through what we called a global project. You take your project to the people in the international world.

Rotary will partner with you. That is how we get our money.

Does Rotary club exist in Ijede?

They don’t have Rotary but they have need. We are encouraging Ijede to start a club.

Now that we have made Rotary presence felt in the community, we have started encouraging them to form a Rotary club too.

We are doing a screening project for people of Araromi Primary School within Oworo- Ifako axis. We are screening their ears, noises and throats. For early detention of any problem they have.

We are going to provide drugs for them. We gave a borehole water to a community in Ifelagba, Mowe, Ogun State in conjunction with an individual in the US.

He promised through Rotary to provide boreholes every year for community that are in need.

Rotarians are highly integrity people. We follow our four-way test to the core.

In the month of October, we have what is called Economic and Community Development.

This is something like empowerment. We recently identified three widows within our community.

We believe there are some young widows that we don’t want them to constitute a nuisance to the community by doing all sorts of ungodly activities.

So, we identified three young widows and we gave them grand pepper machines free. That is one of the areas of empowerment.

Even before I joined the club, my club has been doing what is called micro credit scheme.

Which is about N1000000 scheme being managed by a micro finance house.

We have two market associations. We have one in Ososa, Ogun State. We always give them N400,000 out of the one million every six months.

We turn it around two times every Rotary year. We have given N600,000 to Akerele Night Market Women and Men Association.

This loan we are giving is zero interest. They return it every six months. The month of November is called Rotary Foundation Month.

Every Rotarian is expected to contribute $100 to Rotary Foundation.

The mission of the Rotary Foundation is to support the effort of Rotary International in the fulfillment of the objective of Rotary.

Rotary mission is to fulfill the objective of bettering our society, and the achievement of world understanding and peace through local, national and international humanitarian and educational and cultural programme.

All these money we contribute that is what Rotary Foundation is using it for.

The Rotary International brings all the Rotarians all over the world into a very small global community.

What about Paul Harris Fellow?

Paul Harris is that man who met with the three of his friends in an office and they started Rotary.

The four of them were lawyers. Paul Harris was the founder of Rotary.

But he was not the first president of Rotary. He asked one of his friends to become the president.

That is why we say Paul Harris fellow, I told you we contribute $100 every year.

A Rotarian that contributes $1000 will be admitted into Paul Harris Fellow.

Would be given a pin to show that he has hit one thousand dollars. It is a continuous thing.

If he contributes another one thousand dollars, he will be given a pin with a blue stripe.

It shows that he is a Paul Harris fellow plus one. Paul Harris Society comprises of those who contributed $10,000.

We have so many groups, major donors and benefactors.

How has Rotary impacted your business?

I went to meet a client recently, the guy sat me down and said how do you cope sir?

We have been seeing your projects on the Facebook, what about your time? I am always happy when they say president let us go and commission this or that project. Rotary has made me to be popular.

You don’t go into Rotary for yourself benefit. Although some friends can help you to grow your business. That is what we called classification in Rotary.

They can help you to grow your classification. Rotary does insurance.

I was once a member of the committee that reviewed Rotary District 9110 Insurance package. We have insurance for all our members.

That is what we called ‘We Care.’ We have death benefit, medical benefit we define it.

I was part of that committee because it was under my classification.

Do you partner with the government?

That is a big question. The truth is that we partner with some of the government agencies.

Politicians, being what they are, they see Rotary as competitor.

And this is because, where they lack in what they are supposed to do for the society, Rotary comes in.

I tell you every year, we donate drugs to health centres. Last year July, we donated health-related items to Agboyiketu Health Centre.

We gave them generator, chairs, bed, bed sheets and all sorts of things that they need.

These are supposed to be done by government. We are not politicians.

As a politician, if you come to Rotary, you put your politics aside. We are also non- tribal association.

How is Rotary addressing the issue of placing financial burdens on members?

Thank you. The societal factor has crept in here. Our economy is bad. We know it is going to affect peoples’ pockets.

Like in my own club what is compulsory for you to pay is your annual dues. Our annual due is N88000.

If you come to the club and somebody is donating N100000 and you don’t donate. That does not make you not to be a Rotarian.

It does not matter how much you donate. We encourage our members to pay their annual due weekly. We have 48 meetings in a year.

When you go to some of these social clubs. You can pay close to N500,000 in a year for your annual due.

And you still go there to spend your money for mundane things. The money you are spending, how many lives did it touch?

We had a four-year-old boy that wanted to do a surgical operation. They were looking for N50,000, the parents wrote to us.

Advice for the young and upcoming members?

The truth is that the youths are not getting it right. They need to be focused, set themselves a goal and pursue it vigorously.

I started in insurance as a clerk. I was once a part time lecturer at Lagos State Polytechnic.

I lectured insurance and I tell all my students the fact that you are here running a part time programme does not mean that you cannot make it in life.

After my secondary school at Oriwu College I went to Ambrose Ali University.

I did most of my programme on part time basis. I joined insurance as a clerk but today after a lot of patience and focus, doggedness I am here today.

As small as we are, we are competing with some big companies in Nigeria. The youth need to be serious and they don’t need to depend on their parents

I am from Ijede, Ikorodu. We need more people of like minds to join Rotary.

My wife is Biola and we are blessed with four children. I don’t have any regret.

My father, Sikiru is late my mother is 83 still kicking.