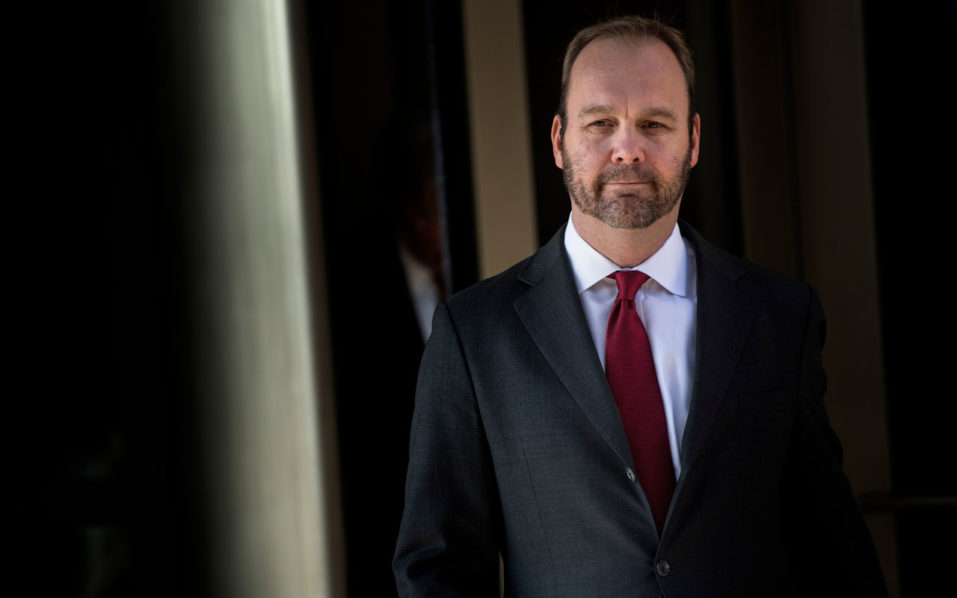 Rick Gates, the prosecution’s star witness in the trial of President Donald Trump’s former campaign chief Paul Manafort, testified Monday that he conspired with his ex-boss to hide millions of dollars in foreign bank accounts from US tax authorities.

In riveting testimony before a packed courtroom, the 46-year-old also admitted to stealing hundreds of thousands of dollars from Manafort during the decade the pair worked together as political consultants.

Gates, who pleaded guilty to conspiracy in February and is cooperating with the government in exchange for a more lenient prison sentence, took the stand on the fifth day of Manafort’s trial on tax and bank fraud charges in Alexandria, Virginia.

Wearing a dark blue suit and a gold tie, Gates addressed his attention to prosecutors and the judge and studiously avoided the gaze of his longtime business partner Manafort at the defense table.

Manafort, 69, is the first defendant to go to court to fight charges stemming from Special Counsel Robert Mueller’s investigation into Russian interference in the 2016 presidential election.

But the veteran Republican operative is not on trial for anything he did while serving for three months as the chairman of Trump’s presidential campaign.

Instead, Manafort is answering to alleged crimes related to money he made proving political consulting services to the former Russian-backed government of Ukraine.

Prosecutors accuse Manafort of failing to report income from his work in Ukraine to the Internal Revenue Service (IRS), and Gates testified that he was a willing participant in the scheme.

Gates replied “yes” when asked by prosecutor Greg Andres if he had engaged in criminal activities with Manafort, who he described as a “brilliant” political strategist.

He said he had assisted Manafort in filing false tax returns and hiding the existence of 15 foreign bank accounts, mostly in Cyprus.

“At Mr Manafort’s request, we did not report the foreign bank accounts,” Gates said.

He said the amounts in question were “several million dollars” over the years the pair spent working for political campaigns in Ukraine.

Gates back on the stand Tuesday
Manafort, who helped Republicans Gerald Ford and Ronald Reagan reach the White House, was Trump’s campaign chairman from May to August 2016, when he was forced to step down amid questions about his lobbying work for Ukraine’s former pro-Russian leader Viktor Yanukovych.

Gates, who worked for Manafort from 2006 to 2016 and was also a member of Trump’s presidential election campaign team, is scheduled to take the witness stand again on Tuesday.

Defense attorneys attempted to chip away at his credibility, accusing him of embezzling “millions of dollars” from his former boss and making false statements to Manafort’s accountant.

Mueller, a former FBI director, has indicted more than 30 people — including 26 Russians — in connection with his probe into whether members of Trump’s campaign colluded with Russia to help get the real estate tycoon elected.

Trump has denounced the probe as a politically motivated “witch hunt” and denied there was any collusion with Moscow to defeat Democratic presidential nominee Hillary Clinton.

While Gates and others have pleaded guilty, Manafort has refused to strike a deal and has insisted on having his day in court.

Legal experts say Manafort may be holding out hopes of a pardon from Trump.

Manafort is scheduled to go on trial in September on separate charges brought by Mueller of conspiracy, money laundering and failing to register as an agent of a foreign government