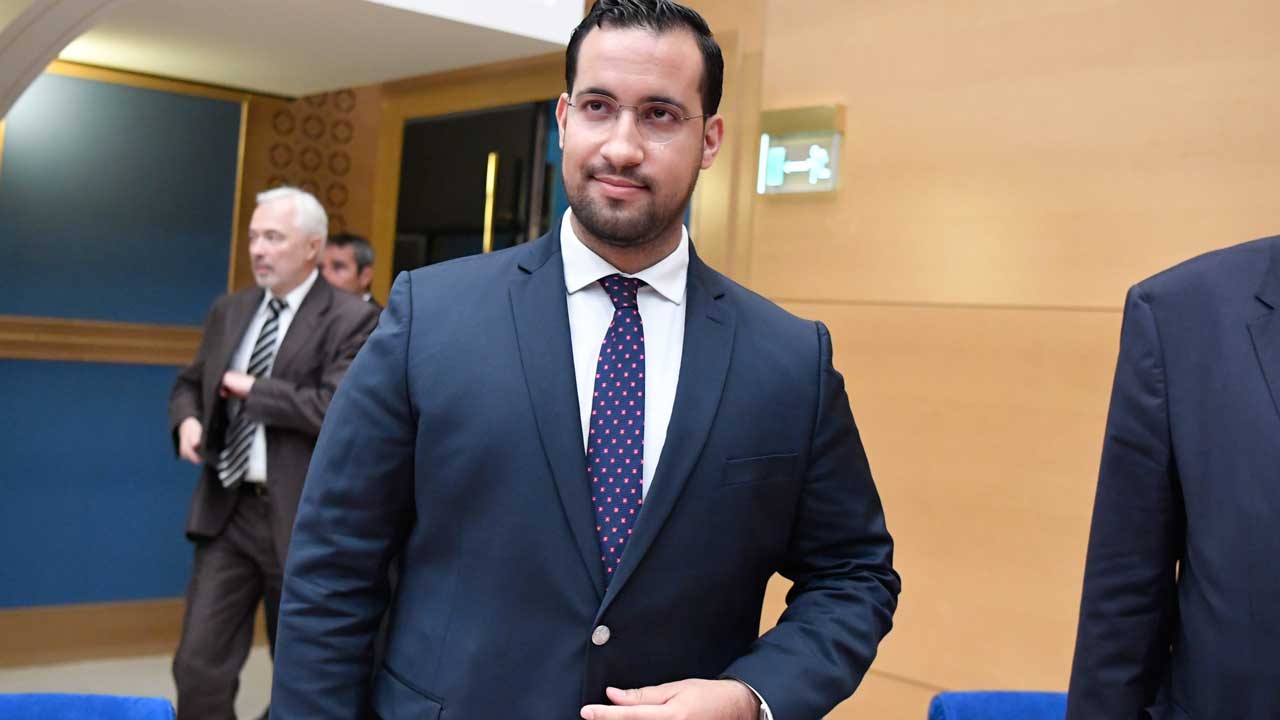 (FILES) In this file photo taken on September 19, 2018 Former Elysee senior security officer Alexandre Benalla speaks to the press as he arrives for a Senate commission in Paris. French presidency summoned Alexandre Benalla to explain himself on “potential personal and private missions” that he might have conducted during his office as senior security officer at the Elysee palace, in a letter a copy of which AFP obtained on December 27, 2018, after it emerged that Benalla travelled to Chad in early December and met with President Idriss Deby, shortly before the French President himself paid a visit to the African country. Bertrand GUAY / AFP

Paris prosecutors on Saturday opened an investigation into illegal use of diplomatic passports by President Emmanuel Macron’s disgraced former bodyguard in another potential scandal for the French leader.

Alexandre Benalla, a former campaign bodyguard who got a senior job after Macron’s election victory last year, has been caught up in scandal since July when accusations emerged he had roughed up protestors.

Macron’s office and Benalla have clashed this week over accusations that he may have used diplomatic passports after he was dismissed in August, which the foreign ministry said would be a crime.

Prosecutors have opened a preliminary investigation into “abuse of trust” over Benalla’s failure to return two passports after he was no longer in office, state prosecutor in Paris Remy Heitz said in a statement.

The probe is also investigating the illegal use of a professional documents and other possible charges.

The passports were seized by the foreign ministry after press reports emerged alleging Benalla used them to enter several African countries and Israel in recent weeks.

But sources close to Benalla said he had handed over the passports to the presidential palace, but that they were given back to him again.

More negative headlines over Benalla have emerged at a sensitive time for Macron, a former investment banker who has seen his popularity plummet during weeks of anti-government protests over some of his economic reforms.

The French leader, who has styled himself as a pro-business reformer, has been forced to acknowledge widespread animosity to his way of governing, seen by critics as out of touch with the economic plight of ordinary French.

Centre of scandal
Benalla was at the centre of a major scandal this summer after accusations emerged he had beaten up demonstrators at a May Day rally in Paris while he was wearing a police helmet. He was working for the presidency at the time.

He was not fired until after the media revelations, prompting a wave of accusations from government opponents that Macron’s office covered it up.

Uproar over the diplomatic passports and how the presidency has handled the issue has been growing since local media reported Benalla met with several African presidents, in what officials fear was an attempt to profit from his former insider status.

The president’s office said it has no information about the use of Benalla’s passports, which it said were assigned only for work in his official capacity.

Macron’s chief of staff, Patrick Strzoda, called on Benalla to explain himself on “any personal and private missions” carried out “as a consultant” while he was in office at the Elysee, following the press reports.

But Benalla replied in a letter, seen by AFP, to the Elysee Palace, that he never carried out any private missions during his time with the presidency.

Benalla has denied boasting of insider influence to win work after his sacking and has accused members of Macron’s entourage of trying to “wreck” his life.