The Independent National Electoral Commission (INEC) has released a list of the house of representatives members who emerged victorious in the February 23 elections.

With 211 seats, the All Progressives Congress (APC) is clearly the majority in the lower chamber of the national assembly. Next to APC is the Peoples Democratic Party (PDP) which has 111 seats.

Despite the party’s majority in the house, it still does not have two-third. The green chamber has 360 members and the APC needs to have 240 members to get two-third majority. Should the ruling party win 30 of the 33 seats that have not been declared, it will achieve this feat. 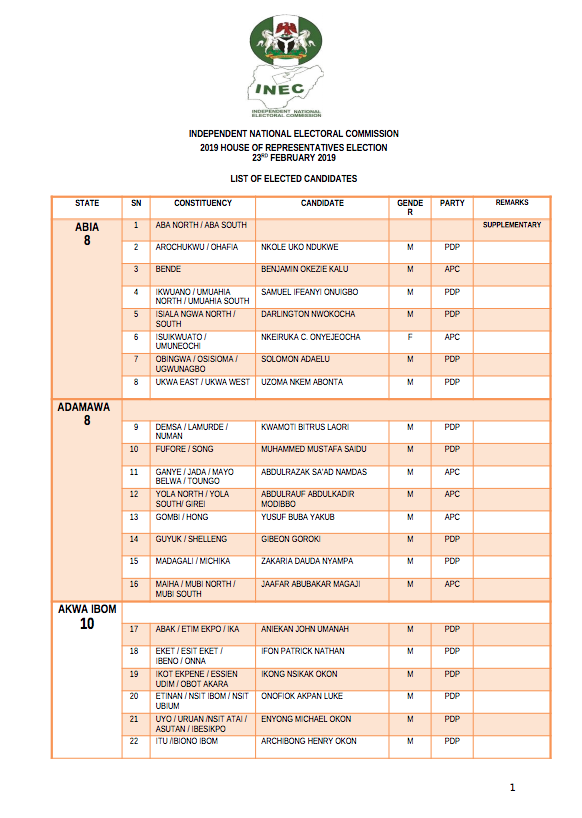