You are here
Home > Africa > Gabon president in Morocco to convalesce 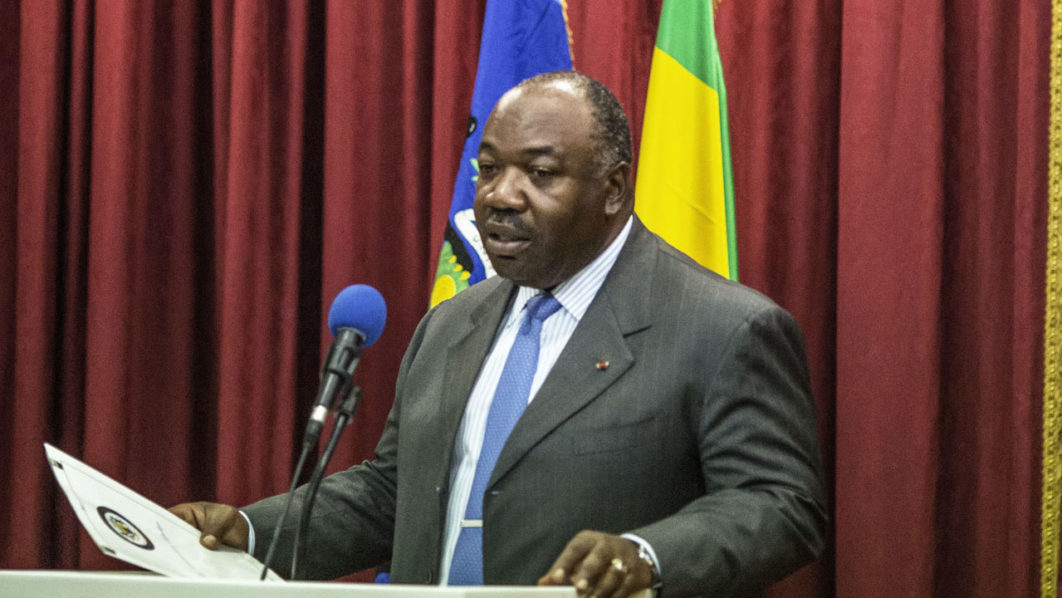 (FILES) In this file photo taken on September 1, 2016 Gabon’s President Ali Bongo Ondimba delivers a speech during a press conference following his re-election. – Gabon’s President Ali Bongo who has been hospitalised for a month in Saudi Arabia will be moved next week to Morocco to recover, a source close to the Gabon presidency said on November 23, 2018. The source said that Bongo, 59, will “come to a hospital in Rabat to convalesce and undergo rehabilitation”. (Photo by MARCO LONGARI / AFP)

Gabon’s President Ali Bongo arrived in Morocco on Thursday to convalesce after a month’s treatment at a Saudi hospital, a Moroccan diplomatic source said.

Bongo, 59, had been at the hospital in Saudi Arabia since October 24 when he fell ill at an economic forum.

The official Saudi Press Agency said Bongo had departed from Riyadh’s King Salman airbase on Wednesday night, and that Saudi foreign ministry officials saw him off.

After his arrival in Rabat on Thursday morning, the Gabonese leader was taken to a hospital in the Moroccan capital, the diplomatic source said without giving further details.

After an extended period of silence, the Gabonese presidency eventually admitted Bongo was “seriously ill” and had undergone surgery, while insisting he was on the mend.

His recovery would take weeks, or even days, according to a source in the presidency.

The Gabonese president and Morocco’s King Mohammed VI have had a close relationship since their youth.

Over the past month, the Gabonese presidency has released only two statements on Bongo’s health, first saying on October 29 that he had been taken to hospital “suffering from severe fatigue”.

Then on November 11, Bongo’s office admitted he was “seriously ill” and had undergone surgery.

Lack of official news — along with memories of the secrecy-shrouded death of Bongo’s father Omar Bongo in 2009 after decades at the helm — had sparked numerous rumours, including speculation he was incapacitated or even dead.

Earlier this month, a foreign source close to Bongo and his French-born wife Sylvia told AFP the Gabonese president had suffered a stroke.