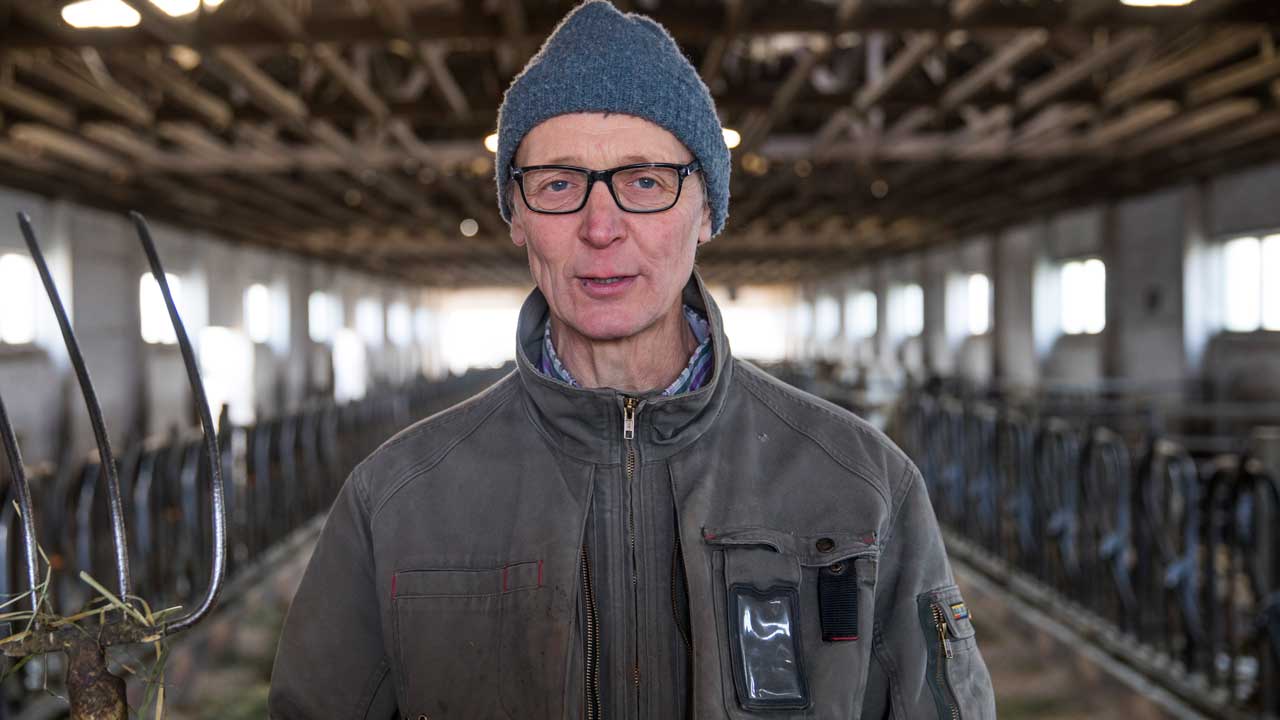 Farmer Heiner Luetke Schwienhorst moves feed to his cattle in the cowshed on his farm Gut Ogrosen Hof in Vetschau, eastern Germany on November 27, 2018. The German dairy farmer is with Greenpeace and two other farmers suing the German government for failing to take appropriate measures to meet it’s own climate change targets.Odd ANDERSEN / AFP

Dismayed by the German government’s failure to meet climate protection targets, dairy farmer Heiner Luetke Schwienhorst has filed a lawsuit against Berlin to force it into action.

“Some describe this as a fight between David and Goliath. To me, that’s besides the point,” said Schwienhorst, who suffered his poorest harvest in three decades after a record drought.

“The attitude of political representatives, the way they trivialise climate targets by giving up what they have set, is something that we need to bring to political accountability. That is important,” he told AFP.

Together with two other farmers and Greenpeace, Schwienhorst has launched a challenge against the German government for having “given up” trying to achieve cuts in greenhouse gas emissions set out under its own climate target, as well as under European law.

A dairy farmer near Hamburg and a livestock farmer on the North Sea island of Pellworm have joined the first such lawsuit to seek “climate protection, not monetary compensation”.

Berlin had pledged to take action to slash greenhouse gas emissions in Germany by 40 percent by 2020 compared to 1990 levels.

But in its latest annual climate protection report published in June, the government admitted that it was now expecting to achieve 32 percent in reductions compared to 1990.

The shortfall of 8 percentage points is equivalent to about 100 million tonnes of carbon dioxide.

“It was clear in the climate protection report that the government is not planning to take further measures in order to reach the target. Instead, it has simply given up,” said Anike Peters of Greenpeace.

‘Do what you promised’
With the help of lawyer Roda Verheyen, the plaintiffs lodged their case at the administrative court in Berlin at the end of October.

The court now needs to decide if there is any merit to the case.

Verheyen is no stranger to such climate cases.

In another high profile case in Germany, she helped bring to court a challenge by a Peruvian farmer against energy giant RWE over climate change damage in the Andes.

While the initial ruling went against them, the case is now at the appeals court.

Verheyen said that in her latest case, the issue is whether the government can be held liable for failing to implement climate protection measures, as the targets it set are not written into law.

The environment ministry, which is taking the lead in responding to the case, said the plaintiffs had every right to bring the issue to court “to seek public attention” and increase the pressure for better climate protection.

“Although Germany’s climate protection efforts have made progress, they have not yet reached our goals,” ministry spokesman Andreas Kuebler told AFP. “That’s why we’re focusing on getting ahead in climate protection.

“We are united in the same goal,” Kuebler said. It was up to the court to decide whether the legal action was justified.

‘Frightening’
For Schwienhorst, who has run the dairy farm in Vetschau, eastern Germany, for 30 years, the impact of a warming Earth is apparent.

Compared to the 1990s, the period of vegetation growth in a year has lengthened, while maximum temperatures have also pushed above 35 degrees Celsius (95 degrees Fahrenheit).

“The change in the last decades is already impressive. But what happened this summer is simply frightening,” he said, referring to a record drought unseen in Germany since 1911.

The dry spell has stretched from late spring, even halting water traffic across the country, including on the Rhine, one of Europe’s busiest commercial arteries.

“We are still now in the phase when rain isn’t expected. I’m speechless,” said Schwienhorst. That those who dismiss such weather phenomena as one-offs are “impertinent”, he added.The climate also has a direct impact on his livelihood.

A summer with temperatures above 35 degrees Celsius put the cows under great stress, and the drought meant his poorest harvest in the last three decades.Schwienhorst pointed to the barn, which was far from full. This year’s cereal crop for human consumption was 35 percent below the previous year.

His losses in livestock feed crop were even more serious: up to 50 percent, forcing him to buy 400 bales of hay.Crucially, the farm has been forced to use up a rolling four-month reserve of feed for the cows by the summer.

“There’s still hope that this weather will turn, that after this dry phase a wet phase will come. But looking at the trend, change is happening. That is indisputable.”