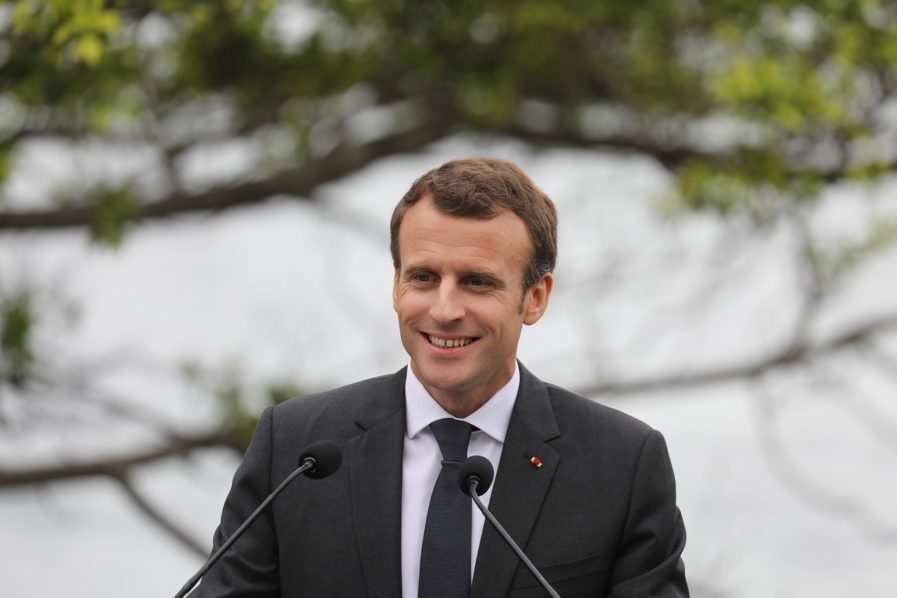 France’s President Emmanuel Macron takes part in a joint press conference with Australia’s Prime Minister Malcolm Turnbull (not pictured) at Kirribilli House in Sydney on May 2, 2018. Macron arrived in Australia on May 1 on a rare visit by a French president with the two sides expected to agree on greater cooperation in the Pacific to counter a rising China. / AFP PHOTO / Ludovic MARIN

French President Emmanuel Macron may speak the best English among his country’s leaders in decades, but even he can make a faux pas when translating his thoughts on the global stage.

Speaking alongside Australia’s Prime Minister Malcolm Turnbull in Sydney on Wednesday, Macron took the opportunity to “thank you and your delicious wife for the warm welcome.”

The remark garnered a broad smile from Turnbull — whose wife, Lucy, was not present on the platform for the press conference — though Macron did not appear to have realised his gaffe.

He most likely meant “delightful”, a common translation of the French word “delicieux” — which can also mean delicious as well.

But that didn’t stop the Twittersphere from erupting with jokes and memes, many playing on the French reputation for romantic flair.

“You can take the man out of France but…” tweeted Buzzfeed Australia journalist Alice Workman, while another user took a light-hearted jab at “the Gaul of that man”.

Britain’s Metro daily took a stern view of the matter, however.

“Macron creeps out world by saying Australian PM’s wife is ‘delicious’”, read the headline on its story.

His predecessors have had an even more fractious relationship with English.

Former president Nicolas Sarkozy caused merriment when he welcomed then US secretary of state Hillary Clinton to the Elysee Palace with the words: “I am sorry for the time”, one of the possible translations of the word “temps”, which also means weather.

Macron’s Socialist former mentor, ex-president Francois Hollande did no better when he attempted to put his personal flourish on a letter of congratulations to Barack Obama after his election in 2008.

Macron was visiting Australia for talks on trade and regional security before heading to the French territory of New Caledonia ahead of its vote on an independence referendum in November.