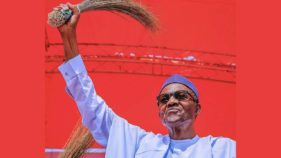 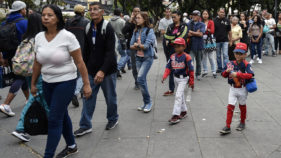 The Nigeria Governors’ Forum (NGF) has expressed concerns over the proliferation of arms and ammunition in the country ahead of the February 16 general election.

The Chairman of the forum and governor of Zamfara state, Abdul’aziz Yari, said the governors were also alarmed over the spate of kidnapping across the country.

Addressing journalists at the end of an emergency meeting held with the Office of the National Security Adviser and head of security agencies on Tuesday in Abuja, Yari said the governors have recommended a stronger collaboration and intelligence sharing amongst security agencies to ensure that lives and properties are protected.

According to him, the governors have further resolved to collaborate with security agencies to ensure that the elections are free, fair and credible.

He said: “Governors as major stakeholders, they seek our cooperation so that their job would be easier. We promised to do our best and ensure the election is free and credible. Not only that, we came through the ballot box and we are going through the same process to seek reelection and make sure that the election is free and is commended by the international community as they did in 2015.”

Yari further absolved the presidency of the allegation that the present administration was planning to rig the election saying the president has promised that he is not taking the “election in any way as do or die”.

He assured further that the security agencies are ready for the election and would ensure that they mop up illegal arms in the system while saying the neutrality of the police shouldn’t be in doubt.