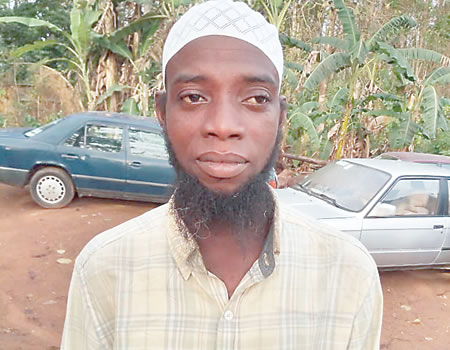 The Managing Director of Kosoko Marine and Tourism Centre, Muhammed Balogun, speaks on the experience of his company in transporting passengers navigating through the Eleyele dam waterway.

How did you start your operation at Eleyele Dam?

It was not an easy task to start operation here. But I should give glory to almighty Allah for supporting the company till date. I will always say that it was not easy at all. The experience, in the beginning, could send a company that is not strong out of operation.

In which area of the challenge are you talking about?

Getting approval by the state government posed a challenge, which also discouraged us. But with determination and demonstration of expertise in the marine sub-sector, we scaled through.

Can you expatiate on this?

We were faced with the usual government process. We submitted a proposal, defended the proposal and had to convince them. It took a long process to have the confidence of the officials of the Ministry of Transportation which interviewed us.

What did you observe about your passengers at the beginning?

As I have said, it was not easy even to have passengers. We observed that the people of Ibadan are scared of water. They are scared because Ibadan is a mainland, so to say. They have no exposure to water. So we cannot blame them for that. That was our first challenge after we had got the approval. For the first year, the response was too low. In fact, we did lots of free service to attract passengers and assure them that water transport is safe.

What then did you do to change their mind?

When we operated for one year without an encouraging response, we had to embark on sensitisation programme. We did adverts; we distributed fliers. And we had meetings with heads of our target communities. We made serious efforts before we could gain their confidence that we are not here to cause tragedy. Even at the ministry, I had to present a visual to back our proposal because the officials were skeptical about the proposal since it was new to them.

Were you surprised that the officials who are supposedly educated could not understand your proposal?

To be honest with you, I was not really surprised. I was not surprised because our proposal was strange to them. And anything that involves water needs to be handled with care.

What was the content of the visual you said that you presented to the officials?

It was a demonstration of how we were going to carry out our operation. I personally did the demonstration. I dived into the water and spent about 30 minutes underwater. I appeared again and they were amazed. I also demonstrated accident scene and how to handle it. I was excited when I saw the satisfaction on their faces after they had watched the visual.

How many members of staff do you work with?

Currently, we have about 10 drivers who work on shift. They are well trained drivers who have become friends of the passengers. As you can see, I also do carry passengers.

Do your passengers wear life jackets?

We cannot operate without life jackets. I can tell you that accident on water is minimal going by statistics. I am happy that people are realising this and taking the advantage. I think the Lagos State government is doing something that would reduce pressure on the road in the area of improving water transportation.

It seems you have stabilised now with the number of passengers I have seen here since I came?

Let me say to God is the glory. Things are picking up but we have not reached our target. And to reach our target, the government has a role to play.

Which role are you still expecting the government to play when your business is yielding good return?

There is room for expansion in any business. You can see hyacinth covering some part of the water. What this means is a threat to smooth movement of boats. You can now see what I mean by government having a role to play. We are calling on them to come and do something about it.

The post ‘Govt has role to play in harnessing potential in water transportation’ appeared first on Tribune Online.