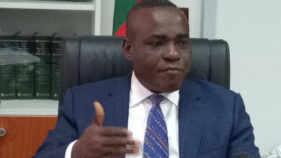 There won’t be crisis in Akwa Ibom – Sen. Enang 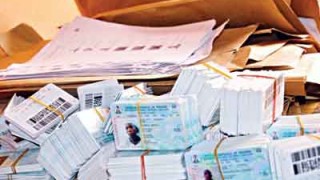 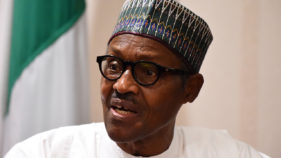 ‘Nobody would unseat me’, Buhari vows

As the city of Umuahia in Abia state gears up for Saturday’s elections, residents in the quiet capital go about their business with a certain measure. The realisation of that the city will be shut down for the elections is not lost on them.

There is the usual calm with the streets devoid of motor-bikes while the grass-green coloured ‘Kekes’ flood the roads.  The traffic is light as wardens at their duty posts direct motorists.

Some of the residents who spoke to The Guardian, rather than look forward to exercising their voting rights, are more concerned that their businesses will not open tomorrow because of the elections.

At the INEC office in Umuahia, heavily armed policemen with utility vehicles are parked at strategic positions. The major roads leading to the INEC office are cut off from public use with several roadblocks mounted by the policemen numbering over 500.

Despite the official end of campaigns, according to INEC’s office time table, there were still subtle campaigns underway on the major roads of Umuahia. Motorcades with photographs of the candidates loaded with loudspeakers playing sounds at very high volumes praising the candidates.

The calm Umuahia is made even more mythical by the Harmattan haze. The morning temperature today (Friday) was less than 24 degrees Celsius and not more than 26 in the afternoon. The dust winds are back. The atmosphere is hazy and cloudy. The humidity is low; despite the afternoon sunshine, you hardly sweat.