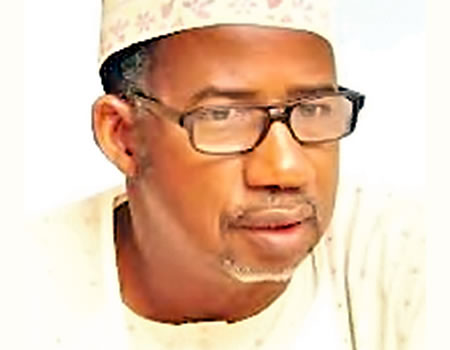 ISHOLA MICHAEL writes on the hotly-contested governorship election in Bauchi State in which Senator Bala Mohammed of the Peoples Democratic Party (PDP), against all odds, defeated Governor Mohammed Abubakar of the All Progressives Congress (APC)

IT is often said that the only thing that is permanent and constant in life is change as it will definitely come when it chooses to come. The 2019 elections have continue to spring up surprises, even as the wind of change did not spare Bauchi State where the political history of the state was altered as the incumbent Governor Mohammed Abdullahi Abubakar of the All Progressives Congress (APC) became the first sitting governor to be voted out of office in the state. This followed his defeat by his major opponent in the governorship election in the state, Senator Bala Mohammed of the Peoples Democratic Party (PDP).

After a stressful moment of uncertainty over an inconclusive election, which started on March 9 and culminated into a supplementary exercise, the change of government from the ruling APC to the opposition PDP eventually came into fruition, last Saturday, as the Independent National Electoral Commission (INEC) finally, in the early hours of Monday, announced Senator Mohammed, a former Minister of the Federal Capital Territory, as the winner of the election.

Those who are now parading themselves as the champions of this transformation may actually not be, because they are mostly people who recently lost elections in their own zones. In fact, the change is not so much in the trust the people of the state have in the eventual winners of various elective offices, but it has more to do with their resolve to vote out a government characterised by alleged arrogance and under-performance.

A confirmation of such an assertion was the fact that the people voted massively for the APC in the presidential and National Assembly elections, but overwhelmingly ensured victory for the PDP in the governorship, even as the political party considered as the underdog, the Peoples Redemption Party (PRP), won the two biggest federal constituency seats in the state (Bauchi and Katagum). This is because the people are now graduating from party loyalty to choice, based on what they perceive as the quality of the candidates. They chose to follow their pulse, right or wrong.

It is in this wise that the failure of Governor Abubakar to secure a second term, the first time such would happen in the state politics, is instructive for the governor-elect.

Governor Adamu Muazu had a taste of the people’s anger when he failed to secure a senatorial victory after his two-term tenure, even as his then anointed successor for the governorship seat, Muhammad Umar who is the present Secretary to the State Government (SSG), also lost out in the electoral contest. In the same vein, former Governor Isa Yuguda was also given same treatment as he failed to secure a senatorial seat after serving out his two-term tenure and his chosen successor also had a raw deal as he lost the governorship contest to the incumbent. However, while the two former helmsmen were fortunate to secure a second term tenure each, Governor Abubakar could only govern the state for a single term as he lost in the supplementary election, last Saturday.

In his reaction after the declaration of the result of the election in the early hours of Monday by INEC Returning Officer in the state, Professor Kyari Muhammed, Governor Abubakar, in a rare display of sportsmanship, immediately congratulated the governor-elect, noting that the election took place without blood shedding.

In a press statement signed by his Special Adviser (Media and Strategy), Ali Mohammed Ali, the governor said, “I congratulate my brother, Senator Bala Mohammed, on this victory at the polls. I am delighted to note that in spite of the intensity of the campaigns in our dear state, a peaceful election took place without bloodshed.

“Let me therefore invite the governor-elect to join me in working out the process of a smooth transition. I sincerely thank the entire people of Bauchi State for their support for my administration and urge them to extend the same to the incoming administration. I also urge the governor-elect to caution his supporters to be law-abiding while celebrating since the period of campaigns is now over.”

Accepting to lead the people of Bauchi State for the next four years, effective from May 29, Senator Muhammed pledged to run an all-inclusive and participatory government as soon as he takes oath of office.

Speaking during a special broadcast shortly after he was declared winner, the governor-elect assured that he would ensure efficient and transparent government, as he would engage all stakeholders in the state in the running of the state.

He said “the incoming government is determined to give citizens of the state a better prospect and greater opportunity by reducing poverty and empowering them in the areas of agriculture, education, urban and rural infrastructure among others,” even as he chided the outgoing administration for not fulfilling its electoral promises. He also pledged not to leave the state in the hands of those he said lacked the vision, motivation and capacity to drive the change required.

The battle to unseat Governor Abubakar was led by Speaker of the House of Representatives, Yakubu Dogara who, quoting Henry Clay, said: “An oppressed people are authorised whenever they can to rise and break their fetters.” Dogara, in his reaction to the PDP victory in the governorship election, stated that it was the crowning of the struggle for the emancipation and liberation of the people “from the forces of darkness, evil and retrogression that have held the state captive and hostage for over a decade.”

According to him, “Bauchi and its people have never been this challenged throughout our contemporary history. An oppressor-class, led mainly by people from outside, has chained our dear impoverished people to servitude, underdevelopment and penury. In their unlettered arrogance, they have taken Bauchi people for granted to the point that they believe the patience of an oppressed people will last forever. They therefore sought to perpetuate themselves in office again for another four years through this election, just to continue feeding their greed and perfidy.

“Historically, Bauchi people are known to be brave and politically savvy. They saw through the charade and decided this is the time to break away from the curse that has afflicted us thus far. By our collective resolve and by the results of this election, we have once again demonstrated to the world that no-man made chains can bind us to servitude. The chains have come undone, sending a clear message that Bauchi will never bend its back again for an oppressor to ride. Today’s victory is ours; today’s victory speaks to a better and brighter future for us, our children and generations yet unborn.

“We have proven that, working together, there is no challenge that we cannot overcome as a people. I understand as we all celebrate this victory because it came at a cost so many of us were willing to pay in order to salvage our state from the precipice. But we cannot tarry long on this mountain of celebrations as what today’s victory demands of us is to go to work immediately.”

While the celebrations of the new-found victory lasts, the governor-elect must note however, and as Dogara put it, that the task of rebuilding the state commences immediately. Senator Bala Muhammed should understand the fact that, as he prepares to take the people on a journey in which they have entrusted their hope in him, the task ahead is indeed challenging and he must not betray the confidence reposed in him as the people of the state are looking up to him to meet their yearnings and aspirations. He should know that a fate similar to what happened to Governor Abubakar awaits him, if he should slip or err.

The post How Bala’s PDP defeated power of incumbency in Bauchi appeared first on Tribune Online.