You are here
Home > Donald Trump > How long will Pompeo serve? Until Trump ‘tweets me out’ 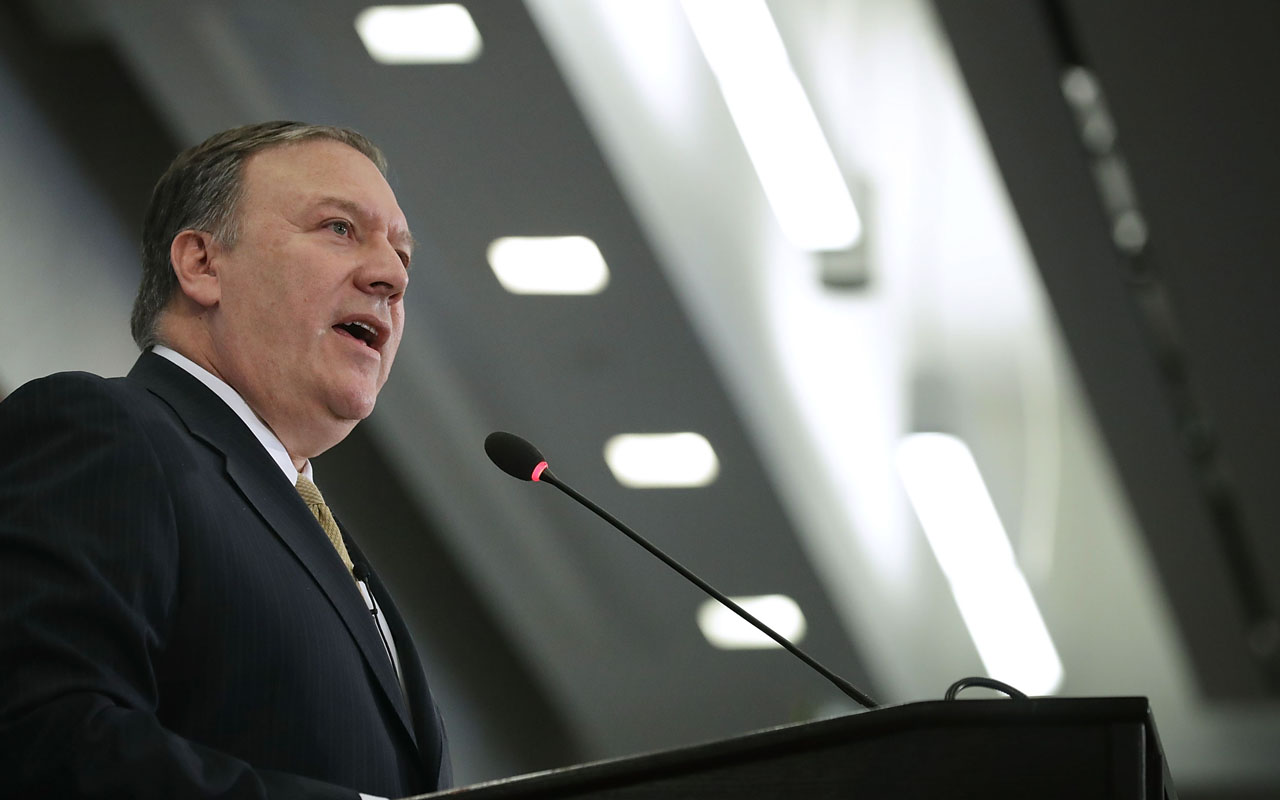 Secretary of State Mike Pompeo, who has managed where others have failed to stay in President Donald Trump’s good graces, joked Monday that he knows how he’ll leave — when he learns on Twitter.

In a rare light-hearted comment about his notoriously mercurial boss, Trump’s loyal top diplomat alluded to the inglorious fate of his predecessor, Rex Tillerson.

Asked at a forum in his home state of Kansas how long he will remain secretary of state, Pompeo said to the audience’s laughter: “I’m going to be there until he tweets me out of office.

“Which I’m not counting on, at least today,” Pompeo said, before praising Trump.

Pompeo, who served at the start of Trump’s term as CIA director, is careful not to show any daylight with the president and has succeeded in becoming one of the rare original cabinet members who has not clashed with him.

Tillerson, a courtly former oil executive who pressed unsuccessfully for Trump to stay in international agreements, was sacked by tweet after he returned from a trip to Africa, with the White House letting it be known that he learned the news while on the toilet.

Pompeo, a former congressman popular with conservatives, has been recruited by top Republicans to run for an open Senate seat in Kansas next year when Trump is up for re-election.

He has been coy about his intentions. In an interview with his hometown newspaper The Wichita Eagle, Pompeo, an evangelical Christian, said of his political future: “The Lord will get me to the right place.”

Pompeo returned to Kansas ahead of a trip to the Middle East for a conference on promoting opportunities for businesses from the American heartland.

The meeting will lead up to the June 4-5 “Global Entrepreneurship Summit” in The Hague that Pompeo will co-host with The Netherlands.

Echoing a Trump theme of anti-elitism, Pompeo said he wanted to recruit more diplomats away from the US coasts.

“The State Department prides itself on having a diverse workforce. There’s many dimensions to that. I want to make sure everyone we hire is not from New York or Boston or Washington,” he told the forum.