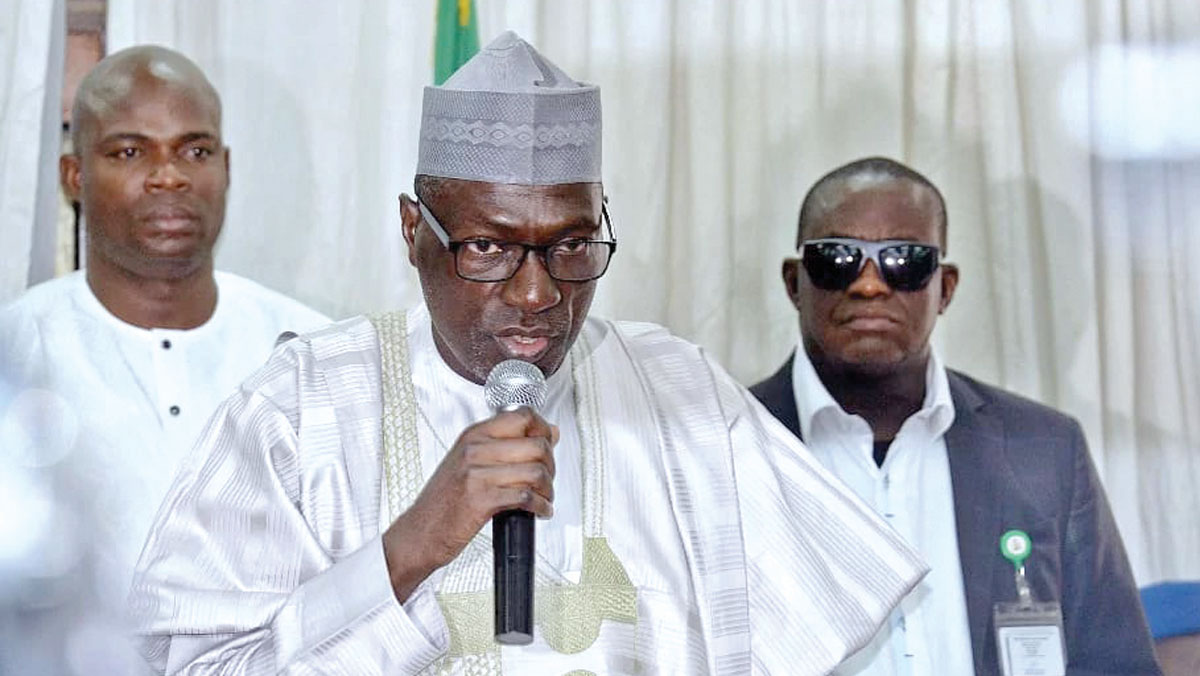 With restructuring, Nigeria will witness rapid development, says former governor of Kaduna State, Senator Ahmed Makarfi. Speaking yesterday in Benin City, Edo State, during a visit to the state chapter of the Peoples Democratic Party (PDP) to seek the party’s nomination, Makarfi expressed his commitment to the ideals of the party, including restructuring.

According to him, restructuring of the country is a PDP policy, maintaining that all aspirants must subscribe to the policy. Makarfi, who emphasised the need for Nigeria’s unity, said it should be the priority of politicians who mean well for the country. Commending the party stakeholders who have always stood behind him, including Chief Tony Anenih, the presidential hopeful warned against actions capable of destroying the peace in the party.

The former Kaduna governor appealed to PDP members in Edo to support his nomination as their presidential flagbearer for the 2019 general election. Responding on behalf of Edo PDP, chairman of the party, Chief Dan Orbih, extolled the qualities of Makarfi, the first presidential aspirant to visit the state PDP for support, knowing that “PDP in Edo State is a strong and vibrant party, even without the state being under PDP.”

Makarfi was also in Asaba, Delta State, where he said the presidency is not for moneybags.“”You don’t have to be associated with so much money to emerge as a leader, because in the history of Nigerian politics, leaders were not equated with money, which is why we had the Ahmadu Bello, Shehu Shagari, Olusegun Obasanjo and even Goodluck Jonathan in that category,” he said.In the same vein, Methodist Church Nigeria rose yesterday from its week-long 46th/11th Biennial Conference to back the call for restructuring of the country and advocated creation of state police.

The call was contained in a communiqué released to journalists at Aba Wesley Methodist Church Cathedral, venue of the conference themed ‘Strive for Peace and Holiness Without which no Person can see God’.The prelate, Dr. Samuel Uche, said the church remained grateful to God that despite various socio-economic and political challenges arising from insecurity, God kept the country intact.

Restructuring, he said, has become a sine qua non for true federalism where each state is allowed to tap from resources available to her and contribute to the Federal Government, “which was the practice at the inception of Nigeria as a nation and upon which we got our Independence.”However, Kaduna State Commissioner for Local Government and Chieftaincy Affairs, Prof. Kabiru Mato, said no amount of constitutional change would address Nigeria’s problems.

The professor of political science with the University of Abuja said Nigeria’s problem would only be solved if Nigerians change their attitude towards one another. Mato said this while delivering the lead paper at a conference organised by Department of History, Kaduna State University, in Kaduna with the theme ‘Restructuring and Federalism in Nigeria’.

According to him, constitutional change will not guarantee the needed peace in the country, except Nigerians embrace peace and accept one another as equal members of the union.He said: “Good attitude to one another is the foundation for a strong, united nation.“But due to bad attitude, the country is bedevilled by corruption, religious and ethnic sentiments, and all forms of social ills which open the roof for numerous challenges.”

But Governor Nasir el-Rufai of Kaduna said Nigeria would thrive as a federation only when more power is given to the states. El-Rufai, represented by his deputy, Barnabas Bala-Bantex, argued that the current pressure for reform was because what Nigerians anticipated from the federal structure was unattainable.He called for the adjustment of the revenue sharing formula with more funds going to the states and councils to fast-track development at the grassroots.

Earlier, the head of History department, Dr. Terhemba Wuam, pointed out that since 1960, various Nigerian administrations had been embarking on various reforms. Wuam said the reforms were on political and administrative, fiscal and economic, education and socio-ethical, and security.The reforms or restructuring, he added, were often made in response to the vociferous cries of marginalisation by various segments of the country.