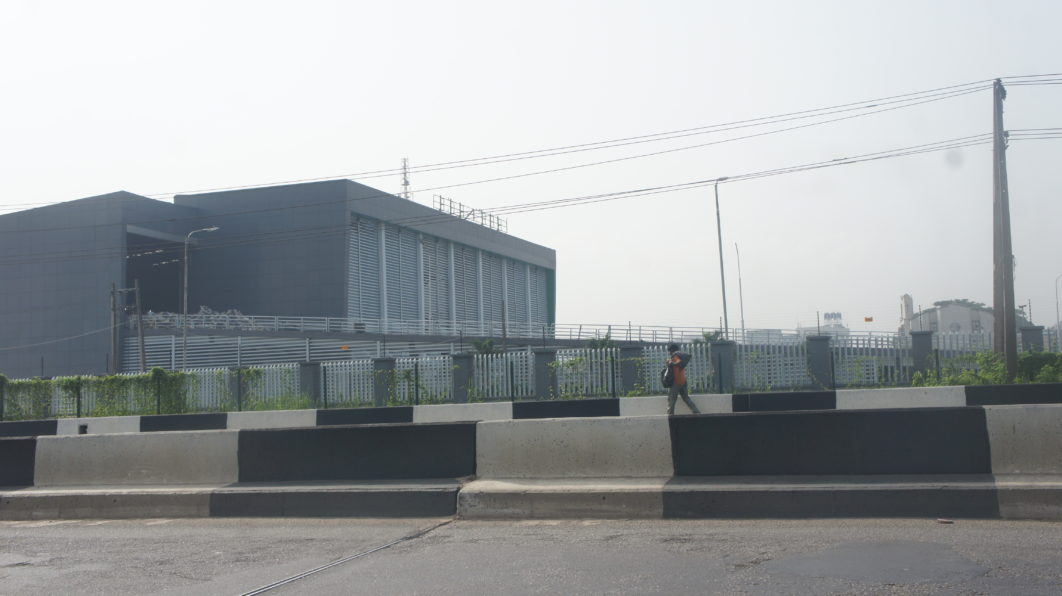 The transfer loading centre at Adeniji which Visioncape took over from LAWMA now under lock and the company’s signage removed. Bunmi Amosu/The Guardian

In a landmark move that took many by surprise, Governor Akinwumi Ambode had, after the enactment of the Lagos State Environmental Management and Protection Law on March 1, 2017, signed an agreement with Visionscape, an unknown company in this part of the world.

In the new arrangement, Visionscape was handed the mandate to carry out 90 per cent waste management operations and 10 per cent regulations, while the state-run and owned Lagos Waste Management Authority (LAWMA) lost its core responsibilities to Cleaner Lagos Initiative (CLI), an environmental and sanitation programme of the state government.

The change meant LAWMA, the 41-year old state-owned agency, would forgo its responsibilities of waste collection and disposal of municipal and industrial waste to being a minor regulatory body, subject to executive orders.

At that time, the decision of the state government drew a lot of criticisms because the ownership structure and contract agreement the state signed with Visionscape was opaque.

Many also wondered why the governor decided to dump the LAWMA-Private Sector Partnership (PSP) arrangement put together by his predecessor, Babatunde Fashola, for one that was shrouded in secrecy and tainted with controversy.

Not long after the Visionscape agreement was signed and the LAWMA-PSP arrangement discarded, Lagos gradually began regressing to the days of filth.

The bid to rid itself of its unenviable status of one of the ‘filth capitals of the world,’ by adopting a new, untested model of waste evacuation fell apart even before it kicked off.

Before Visionscape could get moving, the refuse situation in the city had become unimaginable and alarming. Residents watched in amazement how refuse took over streets, drainages, highways and major junctions across the city.

Appearing helpless and overwhelmed, Visionscape could only reassure a befuddled city that it was on top of the situation while alleging sabotage of its efforts by some powerful players in the waste management sector, who felt hard done by the new arrangement.

The Lagos State House of Assembly, who presided over the new environmental law and arrangement, could only also watch as things deteriorated.

The state government on its part had no cogent reasons to give for the mess all over the city while Visionscape continued to struggle to live up to expectations as a world-class waste management company.

To underscore how citizens felt about the dissent to the poor days of refuse management, Lagosians regularly took to social media to upload pictures of mountains of refuse in their areas, popular bus stops, markets etc. to indicate the regression in waste management in Nigeria’s foremost commercial city under the Ambode administration.

After months of calling out the state government, the state assembly finally found its voice in May through the Speaker of the House of Assembly, Mudashiru Obasa, who described Visionscape as a ghost organization in the state, insisting that the organization would not be recognized by the legislative house.

“We are seriously working on it and the PSP will soon return. Visionscape remains unknown in Lagos State, it is a ghost in the state and we are not going to embrace it,” said Obasa.

The political bent to the issue would later come to the fore weeks before the gubernatorial primaries of the ruling party in Lagos. While many had expected the incumbent to win the ticket without an obstacle, that was not, however, the case as the powers-that-be in the All Progressives Congress decided they were not supporting Gov. Ambode for a second term in office.

The issue of Visionscape has been put forward as one of the reasons the governor lost his second term ambition because some of the waste management operators under the LAWMA- PSP arrangement are active members of the party in the state and felt they could not support a man who took away their source of livelihood.

Days after Ambode lost his second term bid, the state house of assembly suddenly found its voice and directed LAWMA-PSP operators to resume immediately and hit the streets to rid the city of refuse.

Obasa reportedly insisted that the governor never consulted the assembly before Visionscape was contracted.

Following the resolution of the state legislature and directive given to PSP operators to return, Visionscape’s absence has become noticeable on the roads as LAWMA workers and PSP Operator’s have resumed their duties of cleaning the streets and waste collection and disposal across the city, respectively.

“We have seen the difference since LAWMA has returned, at least we have seen improvement. I think the major hindrance in achieving a cleaner Lagos is supervision. If there is much more supervision there will be improvement,” Idowu Bashura, a commercial bus driver, told The Guardian.

A source at Visionscape told The Guardian that the company was in negotiations with LAWMA, PSP Operators and the Lagos State House of Assembly to resolve the issue when asked why the company has suddenly become inactive..

“We are still in operations but in negotiations with all the stakeholders to find a lasting solution to the issue. We will come out with an official position when all issues are resolved,” said the source.

Pressed on why the company signage was taken down from the Adeniji waste transfer loading station building, the source said he wasn’t aware the signage has been taken down.

The Guardian had observed that the transfer loading centre at Adeniji which Visioncape took over from LAWMA is now under lock.

The many vehicles on the waste disposal company’s fleet that used to be parked at the station have also been removed, the company’s lemon-green waste disposal trucks once visible on the roads of the cosmopolitan city have disappeared, likewise, the branded waste dumpsters and bins that used to adorn some street corners and junctions.

The fate of Visionscape is left unknown as the Lagos assembly did not state whether the private waste company will be absorbed by LAWMA or whether it will forfeit funds invested in the initiative. The state government is also yet to make a definite and official position on the future of Visionscape.

An official of the Lagos state ministry of the environment said government would formally communicate its decision on the fate of VisionScape in the coming days.

A trader, Khadija, called on the “Lagos government to resolve the matter, so these people (LAWMA) can be more productive”

But with the recent development, there are indications that Visionscape may pack up and leave especially considering it didn’t live up to the hype and could not surpass LAWMA’s not very stellar performance.