You are here
Home > Court > I have only one house, Magu tells court 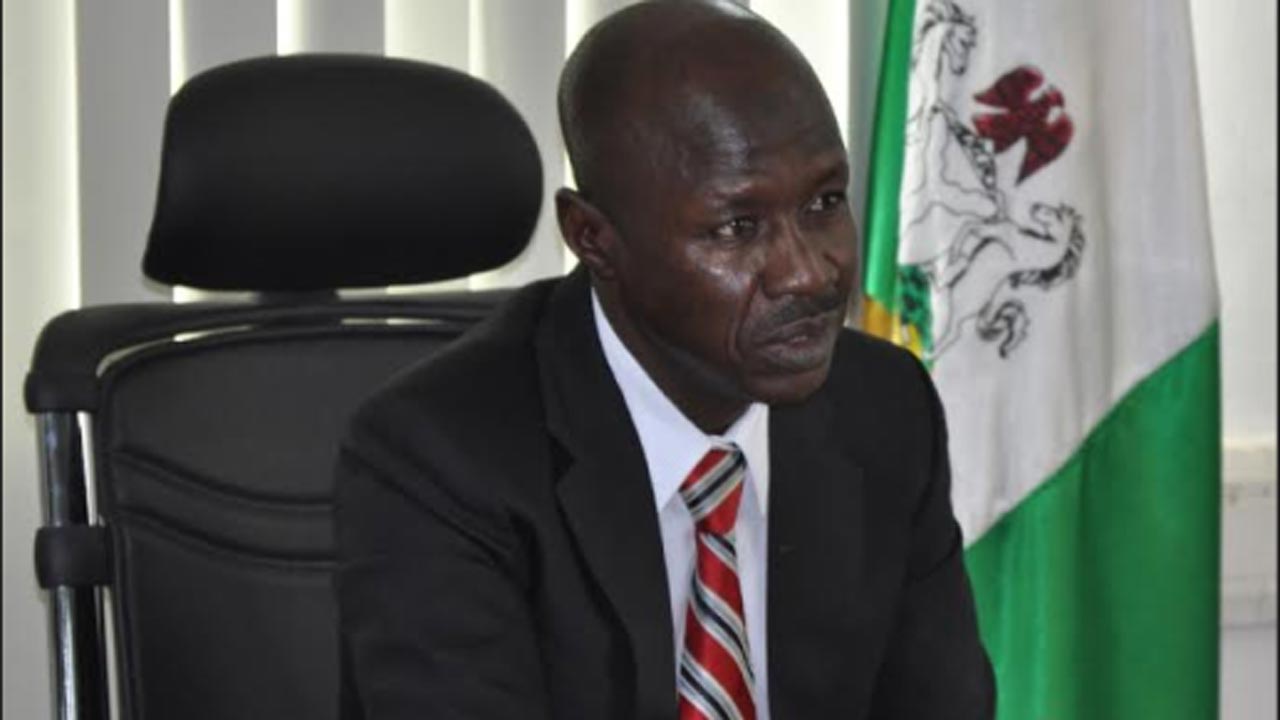 Acting Chairman of the Economic and Financial Crimes Commission (EFCC), Ibrahim Magu told a Lagos High Court sitting in Ikeja that he has only one house in Karo, Abuja.

He explained that this was contrary to two houses the Department of State Security (DSS) claimed his wife has in the Maitama area of Abuja, adding that the DSS or any other government agency never investigated him for any allegations.

He testified before Justice Doris Okuwobi, Abuja while responding to allegations by The Sun newspapers in a publication of March 25, 2017, titled: Magu under fresh probe over two Abuja mansions, in which it claimed that two houses located in Maitama, Abuja were traced to his wife.

Magu then instituted suit against the publishers of the newspaper for the publication, which he said, was libelous and had damaged his character nationally and internationally.

In the suit, he is claiming N5 billion damages, asking the court to order The Sun newspapers to apologise and retract the said publication.

Led-in evidence by his counsel, Wahab Shittu, he (Magu) told court that the publication is totally false, adding: “Even if I have the money, I wouldn’t buy houses in Maitama.

“They said the houses are located in the Darrubbe and Missouri, Maitama and that they belong to my wife. My wife, Fatima Yakaka Magu, is a civil servant and cannot afford to buy houses in Maitama.”

Meanwhile, Magu has described the role of the Media in the fight against corruption as very strategic, saying the media could either make or mar.

He, however, described the ignoble role of a section of the media as pathetic and worrisome, stressing that a section of the Fourth Estate of the Realm, has allowed itself to be used as a tool for the corrupt to fight back.

Magu, who was represented by the Acting Spokesperson of the Commission, Tony Orilade, made this known yesterday while delivering a speech titled: Anti-Corruption Strategy and Media Engagement: The EFCC Experience, during a high level strategy session on the role of media in anti-corruption campaign in Abuja.