You are here
Home > HEADLINES > ‘I lost three children to the building collapse, the only surviving one has a broken leg’ 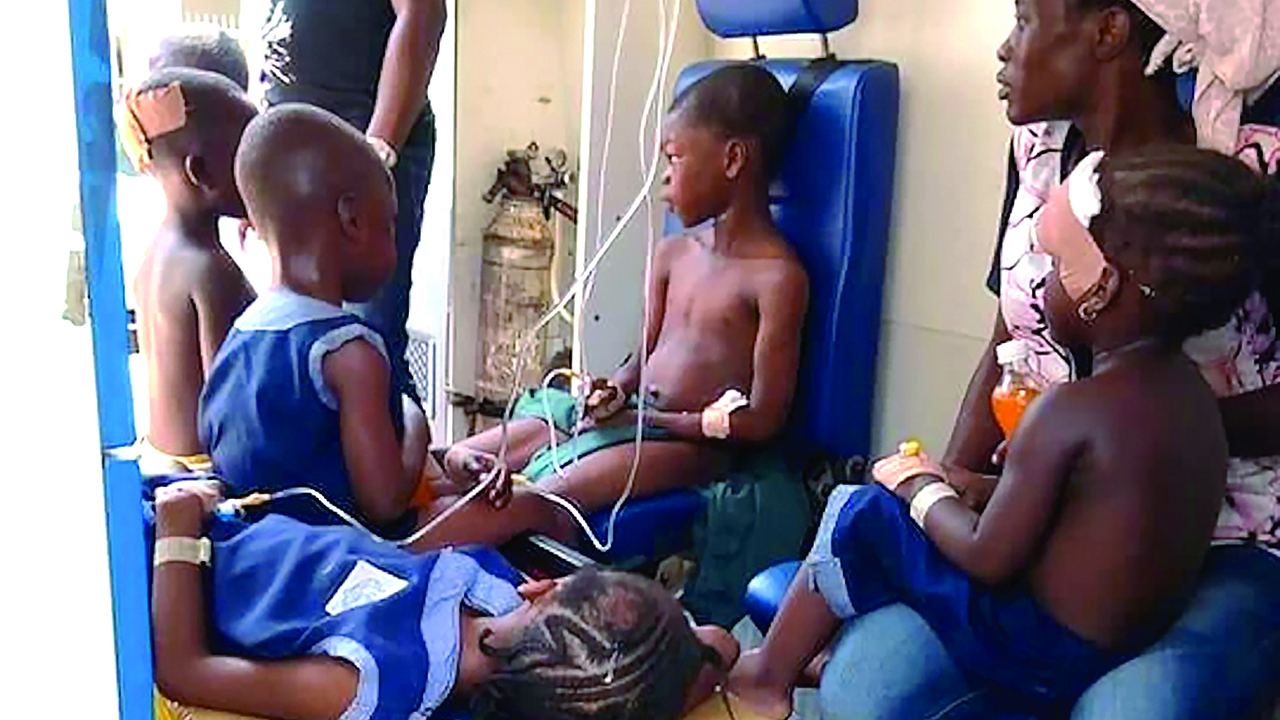 One of the survivors, a mother of four, Mrs. Adedayo Adedoyin

The tales of woe, lamentation, regret and relief for some continued yesterday at the site of the three-storey building that collapsed at Massey Street, Ita-faji in Lagos Island on Wednesday morning. One of the survivors, a mother of four, Mrs. Adedayo Adedoyin, recounted her ordeal.

According to her, her children Malik, Fawas, Taiwo and Kehinde were pupils of Oheny Nursery and Primary School, which was on the second floor of the building. She noted that while Kehinde survived the accident, her siblings were not so lucky as they were already dead before rescuers retrieved them from the rubble. Her misery is, however, not over, as the only surviving child came out of the debris with a broken leg, while yesterday was the 10th year birthday of her first child, Malik.

The father of one of the children who died in the collapsed building, Abdulfatah Ayoola, narrated what his son told him before he went to school that fateful Wednesday. Ayoola said he was on his way out when his late son, Fawad, did an unusual thing by asking him to pray for him before going to school.

Breaking down in tears, he said: “My boy woke up late for school. After taking his breakfast, he requested for money but I told him there’s no need for money since he has his lunch with him. Then he said, ‘daddy, pray for me before I go’, and I did exactly as he requested and he walked to school, which is just a few meters from the house.

“I don’t think I can sleep at night for a long time. My late son and I did almost everything together; we ate together, prayed together, spent time discussing. I was introducing him to life because he was my eldest child. I visited Kings’ College not too long and liked the atmosphere. I was assured that an interview date will be communicated to me soon but now I can’t take him there anymore because Fawad is gone.

“God gives and take, we cannot question Him. All I need to do now is pray for him and console the mother. I know of a family who lost four of their children in the building, what will be their fate? Praise be to Allah for everything,” the father said, adding that the boy has been buried at the Ikoyi Cemetery in accordance with Islamic rites.

He, however, said LASEMA cannot confirm the total figure of casualty rescued from the building, saying the ministry of health would release the accurate figure later in the day. Official figures were yet to be released by NEMA though casualty estimates is at about 19 people dead with over 43 survivors still receiving treatment.

Meanwhile, the families of survivors staged a protest yesterday at the hospital premises, asking for help to save their surviving children.

The protesters alleged that the hospital is asking for as much as N150,000 before commencing comprehensive treatment of the survivors in the children’s ward. They said despite being told that treatment will be taken up by the state government, the Lagos Island General hospital was requesting for money to treat victims.

The protesters, on sighting the director for search and rescue, National Emergency Management Agency (NEMA), Akube Iyameh, began asking that government should come to their aid and do all they could to keep the survivors alive and forget about the dead for now.

Others also accused some staff of the hospital of demanding money for the release of bodies of their loved ones. A woman who had just lost her child was crying at the hospital uncontrollably. She called out to the governor-elect of Lagos State, Babajide Sanwo-Olu, to intervene, but there was no response from him. Sanwo-Olu, who was visiting, simply walked past, talking with some of the people who accompanied him.

The Managing Director of the hospital, Dr. Ismail Ganikale, however, denied the allegations, saying the hospital would not request for payment to treat victims of the disaster. He added that no new victims were brought to the hospital. “There is no new casualty brought here and we are doing the best we can to mop up.”

Some of the injured pupils are in stable condition and still receiving medical attention in some hospitals in Marina, Yaba, Idi Araba and Gbagada. Names of patients in stable condition were pasted at the General Hospital for easy identification by their relatives. Relations of some the victims expressed gratitude to God for the survival of their children, thanking the medical team for their care.